Frank Kermode is generally regarded as the best practicing critic in England today, free of the polemical or theoretical limitations that have been ascribed to Leavis or Richards and credited with the power, which Arnold required of good criticism, “to ascertain the master-spirit in the literature of an epoch.” In Kermode’s case, this would mean literature since 1890, especially its post-Romantic and Symbolist tendencies, though he has done creditable work on English pastoral poetry and on Milton, Donne, and Shakespeare. Puzzles and Epiphanies is a collection of his reviews and essays written for English and American periodicals from 1958 to 1961. The table of contents would by itself call attention to his versatility, listing twenty-four pieces on various critics (Edmund Wilson, Northrop Frye, Mario Praz, among others), a good many novelists (including Robert Musil, Joyce, Pasternak, Golding, Durrell, Henry Miller, Waugh, Greene, Forster, Nabokov), a few poets (Valéry and Betjeman), all of these crammed with allusions to other writers, dancers, and critics associated in some way with what Kermode considers the main lines of force in modern literature. Anyone who read these essays and reviews as they appeared could not fail to be impressed with Kermode’s energy, his self-assured erudition, his capacity to apply himself nearly anywhere in English or continental literature. To read the same pieces in this collected form, however, is to find that they are frequently repetitious of one another, often densely written, and indicative less of suppleness than of an obstinacy in the kind of interest which the author brings to the great variety of subjects to which he addresses himself.

To begin with, there is there is the sort of repetition almost unavoidable in a book composed of items not originally intended to be seen together. Usually, all that can intelligently be said of such matters is that there should have been more vigorous rewriting or editing, though here the editing is of a sloppiness nearly delinquent. These rather trivial annoyances are in this instance a symptom of serious limitations in Kermode’s criticism of which he has himself become aware, I suspect, in looking through this collection. Out of Romantic Image, published in 1957, and the work continued from that book in the brilliant opening essay of this volume, “Poet and Dancer Before Diaghilev,” Kermode has made, quite unwittingly, I would guess, a sort of gridiron through which he then looks at too many of the books he has since reviewed.

What Kermode claims repeatedly is that the literature of this century and much of the criticism has been based on a myth of dissociation between mind and body, form and matter, and on the attendant myth that it is in the power of art momentarily to mend these breaks. In the process, so his account runs, art has been made on the assumption that it could constitute a second nature, dependent for its meaning on nothing outside itself. The fascination of Valéry and Yeats with the primitive aspects of non-verbal art such as the dance, the accompanying notion that art is an essentially atavistic activity, mythical, imagistic, the emphasis in modern criticism on the impersonality of the poet and on the poem as an autonomous structure, and the support given these enterprises and assumptions by the philosophies of symbolic form articulated out of Kant and Herder by Cassirer and Suzanne Langer—these are among the components that have gone into the literary culture of our time as Kermode sees it.

I cannot take issue here with Kermode’s account of the dependence of modern literature on mythologies of artistic creation. What I can say about the collection under review is that the kinds of inquiry often called for by the books and writers represented in it are sometimes badly served by his obsession with these mythologies and with the degree, as he sees it, to which they have directed the activities of modern writers. The deficiency is obvious first of all in the relaxation of Kermode’s critical attention when he is discussing novelists who share his view of literary culture. There can otherwise be little reason for his admiring the novels of Sir Charles Snow, however timidly (he is “a great deal easier and more pleasant to read” than Beckett), or for his extravagant praise of such a modish contrivance as Golding’s Lord of the Flies which, we are told, is in part about the division of “our world into two cultures—the followers of Jack and the admirers of Simon, those who build the fortresses and those who want to name the beast.” The accounts by which Doctor Zhivago becomes a kind of Symbolist novel, that give both The Heart of the Matter and the over-praised Justine attributes of Huysmans, and that turn a discussion of Henry Miller into a summary of Kermode’s theory of how the occult has become a literary alternative to science are typical of the degree to which many of these reviews are less in the service of the books they are supposed to elucidate than of doctrines that are for the most part only tangentially relevant to them.

Kermode deserves praise as a historian of ideas more than as a critic. His reputed freedom from critical dogma is an achievement, if you think it one, but might as easily be taken as a reflection of his more absorbing interest in the ideological contexts in which he places the books he reads, a kind of placement to which novels have always been especially resistant. He is most effective when dealing with works that are committed on the surface to an interest like his own in the history of modern aesthetics and its relation to contemporary culture: “Second Nature” on (Valéry) and “Sillies” (a review of the Cambridge of G.E. Moore and, incidentally, of Leonard Woolf’s Sowing) are examples, and so is his rare combination of gossipy relish and diagnostic power in telling the story of the dancer Loie Fuller. Being at home with artists more theoretically conscious of what they are doing than are most novelists, he is also, of course, especially strong in his reviews of other critics. His analysis of Northrop Frye’s Anatomy of Criticism is impressive enough to bring some pause, one hopes, to an increasing and unfortunate academic vogue, and his deeply admiring account of Wilson’s Axel’s Castle, one of the best things in the book, is a tribute to a literary historian of an older generation in terms at once respectful and potentially self-descriptive. 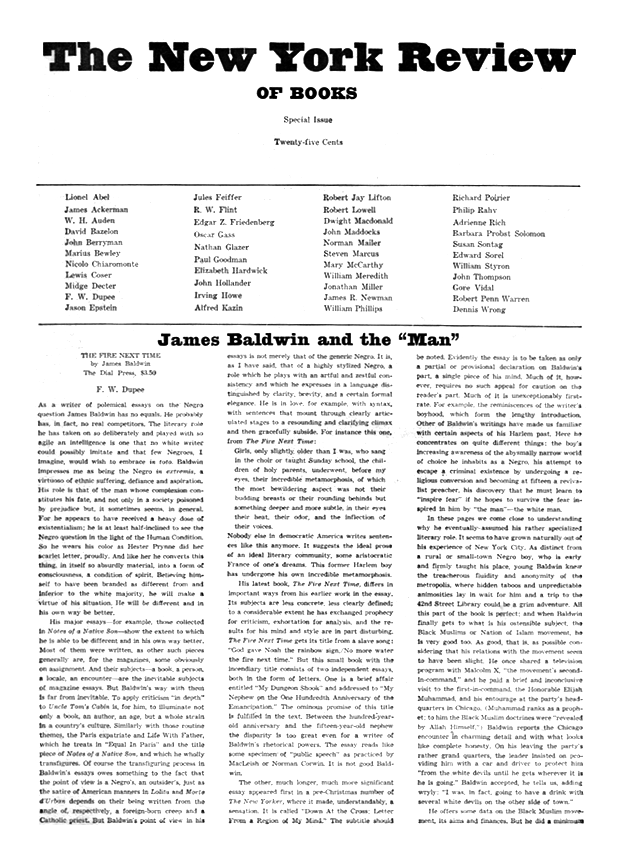