The Occasions of Justice: Essays Mostly on Law

An eminent historian of American religious thought has said of New England’s Great Awakening in the 1740’s that it was “an uprising of the common people who declared that what Harvard and Yale graduates were teaching was too academic.” Some future historian of American law may some day suggest that during the middle decades of the twentieth century there occurred a similar Great Awakening on the secular front—a massive stirring in constitutional law known to its contemporaries as “activism.” It will be pointed out, perhaps, that in that second Great Awakening, as in the first, the revulsion of the revivalists was against the legalistic teachings of Harvard’s graduates (those Old Lights, Thayer, Hand, and Frankfurter)—teachings which an activist New Light scornfully described as “the New Higher Criticism of the Supreme Court.” So vivid may the analogies seem that an ardent scholar of the future may search the archives of the 1960’s in the hope that he will find one Justice calling another an “Arminian” or some Harvard professor calling his opposite number at Yale an “Enthusiast.” The search may not go wholly unrewarded.

Three years ago when he published The People and the Court, Professor Black made it clear that his allegiance in constitutional law was to the activists—the judges and scholars who believe that the Supreme Court of the United States should not attempt to be a “neutral” interpreter of laws and precedents, but should rather accept an unmistakable and noble responsibility to safeguard certain selected and preferred interests of the American people. Both in Perspectives in Constitutional Law (a primer for college students) and in The Occasions of Justice (a collection of essays and reviews) Professor Black reaffirms that loyalty. Once more he brings to the affirmation impressive moral force, effective eloquence, and ample learning. With respect to Perspectives in Constitutional Law, one is inclined to wonder whether a work so frankly polemical in substance and tendentious in mood provides the best introduction to preliminary understanding. The side of the angels is doubtless worth defending, but should not the college student who is being given a survey of the battlefield be warned that the powers which their guide considers to be those of darkness do not wholly lack moral and intellectual enlightenment? With respect to The Occasions of Justice, it is hard to believe that all of the papers—some of them very slight indeed—deserved republication. Yet the more substantial essays are of considerable interest. Their significance lies, I think, less in the particular theses which they maintain than in the attitude of mind and spirit which they reveal.

The most important of the papers seems to me to be the essay on “The Lawfulness of the Segregation Decisions.” Like other activists, Professor Black was deeply troubled by the thoughtful suggestion of Professor Herbert Wechsler of Columbia—a fully accredited liberal and a constitutional scholar of the greatest eminence—that it is hard to discover justification for the Court’s decision in the School Segregation Cases in “neutral” principles of constitutional law. Other activists had sought to meet Professor Wechsler’s forceful yet distasteful argument with the weapons familiar to lawyers—logical analysis, historical research, and semantic investigation. Professor Black, by contrast, chose what may, I think, fairly be called the preacher’s form of argument—the insistence, that is, that simplicities should be substituted for complexities. The lawfulness of the Segregation Decisions is based on an artless and clear syllogism: “The Fourteenth Amendment commands equality, and segregation as we know it is inequality.”

That simplicity, as Professor Black states and develops it, seems to me wholly convincing. This does not mean, however, that I share his apparent faith that the preacher’s approach to other constitutional issues will be equally helpful. In many passages in the essays and reviews (and in Perspectives as well), Professor Black seeks to persuade the reader that he shares the confidence of Mr. Justice Black that there are many simplicities—even some absolutes—scattered throughout the Constitution. The effort in persuasion, however, rarely succeeds. The failure, I suggest, is owing to the fact that Professor Black knows quite well that most simplicities are illusions and all constitutional absolutes are phantoms. Yet he somehow feels that to remain on the side of the angels he must speak with the tongue of the preacher and pretend that the complexities of constitutional law have been born entirely of the subtle refinements of the Old Lights and their Columbia disciple.

There are many indications that when Professor Black descends from the pulpit he acknowledges that Professor Wechsler has made a powerful case in support of the proposition that the New Lights on today’s Court have shown a frightening tendency to dispose of cases on grounds so politically whimsical and constitutionally irrelevant that the decisions may fairly be labelled unprincipled. One may agree with Black that Wechsler’s case against the legitimacy of the Segregation Cases is not convincing, yet still believe that Wechsler’s central thesis is irrefutable. Much writing between the lines of Professor Black’s text and notes tells one that he knows this to be the case. It is unfortunate, I think, that when truth is legibly published it is printed invisibly.

The New Lights constantly tell us that there is no good reason to suppose that the enlightened activists of today, enforcing the simplicities and the absolutes of the Constitution, will exercise their power with the exuberant irresponsibility of the old reactivists—McReynolds, Sutherland, and Butler. Professor Black repeats the reassurance and, within the dimensions of his own discourse, makes a persuasive case. Once more, however, this reader was troubled by the author’s unwillingness to deal explicitly with issues of which he is abundantly aware. If, in the exercise of their authority in non-constitutional matters, the New Lights on today’s Court had shown prudent restraint, one might share at least a portion of Professor Black’s confidence that they may be trusted in constitutional matters to exercise authority with circumspection. In fact, however, the Court’s activists have shown, I think, a quite unparalleled arrogance in transforming their own prepossessions into a new form of law—a law that is neither statute nor constitution, common law nor equity, but simply the authoritative judgment of strongminded men. Professor Black, as co-author of an admirable treatise on Admiralty, has shown his awareness and distrust of the tendency of the New Lights to ride roughshod through and around precedent and statute relating to the maritime law, towards goals of their own choosing. It is hard for me to believe that there are such profound differences between constitutional law and all other branches of law as to make tendencies which are baleful in the latter, beneficent in the former. Through this silence on the significance of activism in non-constitutional matters Professor Black seems to suggest that the differences are real. If they are they deserve explicit statement.

The issue which I have raised and which Professor Black has avoided may seem to some persons to be an issue better concealed than brought into the open. I suspect that Professor Black holds the opinion that a Court which is under severe attack from powerful and dangerous forces of the right badly needs all the help which can be brought onto its side. If this is the reason for Professor Black’s silence on issues which seem to me of very great importance, I can respect his judgment. I cannot, however, accept it as right. No Awakening can be Great, I think, if its participants let the preacher’s simplicities, for whatever reason, fix the limits of discussion. In the long run it is no service to the Court to pretend that all Light that’s New is clarifying and all that’s Old is misleading. 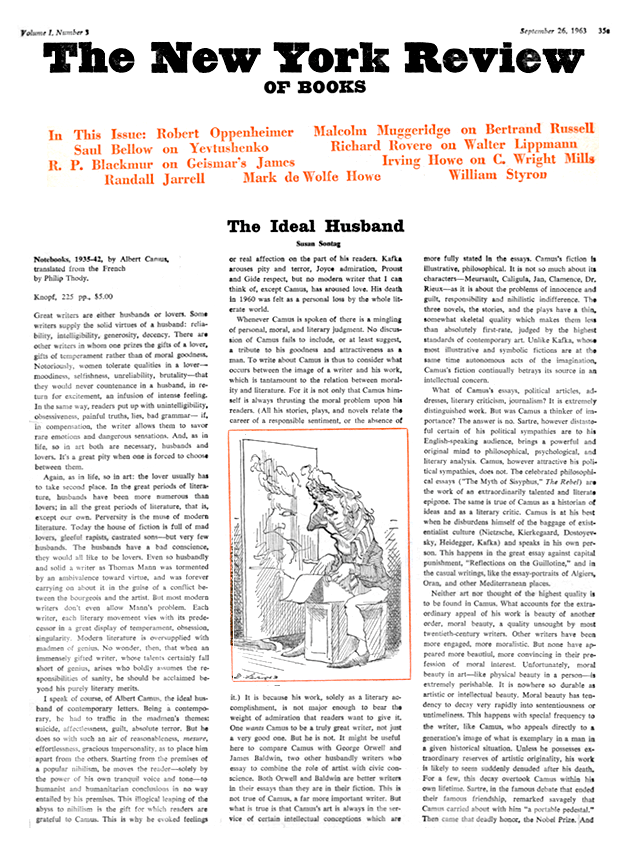 Having It Both Ways

Having It Both Ways