Harold Lasswell has always been fascinated by the problem of power. He is a political scientist, but in much of his abundant writing has dealt with power as a dread fact of life requiring something beyond the ordinary attentions of his field. The main lesson of his writing has been that unless men who seek and wield power are subjected to the most delicate psychological analysis, democratic society will remain ignorant of what drives men into the public arena; and accordingly it will be unprepared to tame, soothe, or use them. Lasswell has two nightmares: an irrationalist right-wing movement, and the Garrison State (a concept he brilliantly defined in an article published in 1941). His ideal is a democratic welfare state, characterized by more harmony and “good adjustment” than younger liberals would perhaps care for, but decent through and through. In a series of books, the best being Power and Personality (1948), he has examined the morbidities of power and shown a Theophrastian capacity to sketch character types. He concludes that though there are several political styles, essentially the power seeker “pursues power as a means of compensation against deprivation. Power is expected to overcome low estimates of the self, by changing either the traits of the self or the environment in which it functions.” Democratic society must make the best of such a truth.

Power, Corruption, and Rectitude which Lasswell has now written with Arnold A. Rogow of Stanford, alters but unfortunately does not advance his earlier conclusions about power. It is a small, confused book, greatly indebted for its psychological theory to Lasswell’s earlier work. But the old suspiciousness toward power is now missing: indeed, Lasswell has now let his passion for the welfare state go so far, that he celebrates power in the form of a strong. Presidency and scorns the separation of powers in our national government and the general diffusion of power in our political system. In order to support his New Dealish policy recommendations, Lasswell seeks to calm our fears of power by discrediting Lord Acton’s hypnotic dictum: “Power tends to corrupt, and absolute power corrupts absolutely.”

But how do you discredit a dictum that has become proverbial? Wise men know that even though most proverbs have their opposites, all proverbs are true—true in some sense, for some occasion, to some mood. They are not to be discredited, because they are not prospositions, or if meant as propositions, are not meant to be taken as such. Lasswell and Rogow, however, use the empirical method to test the validity of an assertion everybody knows to be roughly, but only roughly, true. If by some magic it could be demonstrated that in a few cases power did not tend to corrupt, then we would trust power more and work to give more of it to men in authority. And of course cases can be found in which power has indeed not tended to corrupt, but has, in fact, even ennobled. The demonstration by these authors that Chester Alan Arthur, Martin Van Buren, and Aaron Burr were not corrupted by the pursuit or possession of power does not, however, refute Lord Acton, Strictly speaking, it reinforces Acton, because all three politicians worked for the most part) according to rules and practices devised to neutralize power’s tendency to corrupt. The main point, however, is that proverbial wisdom will withstand such treatment. It takes very little sophistication to see the basic truth of Acton’s remark. If a man is able to act with impunity he will in all likelihood act immorally: all the case studies in the world will not convince people otherwise, The defense of the welfare state has to be conducted against the background of a legitimate fear of power, which Lord Acton’s dictum merely summarizes.

The authors interpret the word “corruption” as meaning not only psychological deterioration, but also, and primarily, venality in office. They acknowledge that Acton did not have venality in mind; nevertheless, much of their book is occupied with an analysis of the conditions that brought forth crookedness and bossism in America and that continue to favor corruption in business and elsewhere. By giving such prominence to corruption in the everyday sense of the word they neglect their real subject. To be corrupted by power is not the same as engaging in “corrupt practices” in order to keep power. Acton was not thinking about the nice arrangements of democratic politicians: he was thinking about the crimes of world-historical figures, the murders committed by medieval popes, Protestant reformers, and royal despots. In the letter in which he made his famous remark about power, he added: “Great men are almost always bad men.” And elsewhere he said, “History is not a web woven with innocent hands. Among all the causes which degrade and demoralize men, power is the most constant and the most active.” He was appalled when the historian romanticized evil, or took the long and forgiving view of men’s political deeds, or indulged in the consolations afforded by the doctrine of the “reason of state.” Acton’s moral absolutism and psychological simplicity can certainly be quarrelled with: perhaps some of the deeds he hated and censured had other sources than the tendency of power to corrupt men. Has the Grand Inquisitor sung his song in vain? Is there no place in the moral universe for necessary evil? But if it is to be disputed, the scale of Acton’s idea must be remembered.

What we need is not random testing of Acton’s assertion, but amplification of it, a real taxonomy of power-holders. I wish that Lasswell had continued to apply his really acute perceptiveness to discriminating between the ways, subtle or brutal, in which power—whether in the form of influence, discretionary authority, command, or physical strength—tends to corrupt. Suspiciousness of power, which Lasswell seems to have abandoned, is more than ever necessary. To be sure, the safeguards of democracy—especially regular elections and limited authority, for example—work to prevent or minimize certain kinds of corruption. Nevertheless, not every kind can be avoided, even in the best democratic system, especially as the functions of the executive establishment increase. Lasswell should be reminded of his own prophecy about the Garrison State. The most awful temptation of the powerful in America is to lose sight of the gross fact that it is people they govern. There is already evidence of a new statism, which makes of international relations a Renaissance game; which spends inconceivably large sums of money on redundant or artificial projects; which so encloses our leaders in their struggle with the enemy that one day they could have more in common with their counterparts in the enemy country than with their own people; which can speculate about thermonuclear casualties in the scores of millions and still speak about the survival or victory of the nation.

At all times power tends to insulate the man who holds it, to make him forgetful of the purposes for which he presumably holds it, to make him see politics as an autonomous activity, to make him regard the governed as raw material, as instrumentalities, as that which makes his play possible. The dangers of such a tendency at this time are much increased: as the resources of the powerful are immeasurably greater, so must be the consequences of their corruption. There is much work for Harold Lasswell to do, and this new book is no part of it. 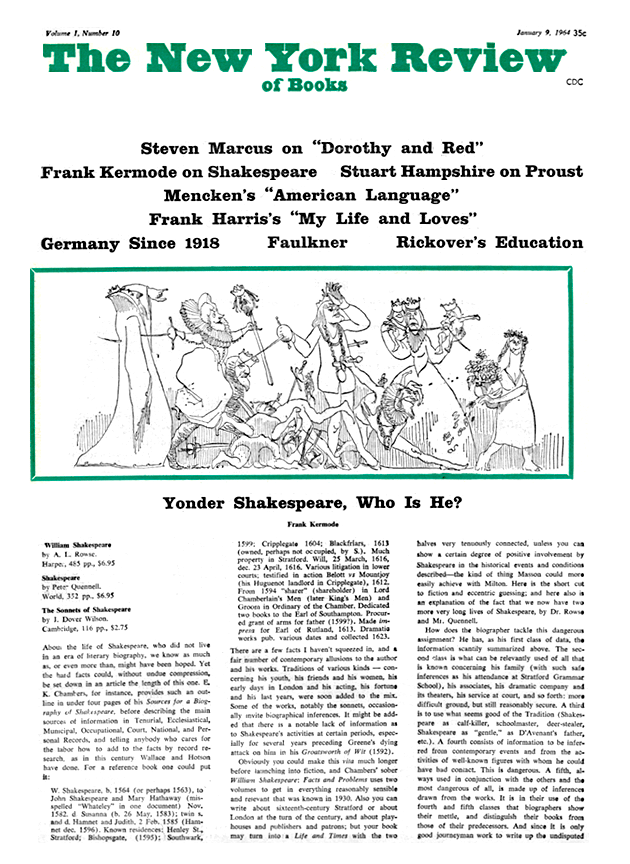