The Fallen Rake, being fallen from
The heights of twenty to middle age.
And helpless to control his rage,
So mean, so few the chances come.

I am quoting from Thom Gunn, who seems to share his elders’ regard for men above the law. But Waugh (with, perhaps, a different sense of moral responsibility) treats the mood as matter for cool laughter, not heroics. There is nothing coarse or assertive about his new book—except the manner of its production and distribution. The American edition, like the English, seems intended as a well-bred gift for the home where exclusivity is mandatory: bookmanship of distinction, selected, aged, and blended to clubland’s most exacting specifications. It looks like a children’s book, big and flat with lurid frontispiece and washable plastic wrapper. The paper has raggedy edges and the author has written his name on 1000 copies. This empty ritual effectively disguises his sharp, cool comedy as a mere limited edition; he has walled it up, like a sprightly nun, in a chilly slab of vulgar classiness.

This is typical of Waugh as a writer. He is not a snob, rarely praises or condemns people for trivial reasons; but he is loyal to the class which he has adopted, and he observes its hollow modern customs almost as though they were part of an old and honorable tradition. His principal characters must talk, feed, and disguise themselves in accordance with the ephemeral regulations of rich dowdies; they must pass through the halls of ancient learning, even though the quad is full of louts and boobies; they must fight for their King, even though he be allied to Marshal Stalin. Especial malice is reserved for those who are eligible for this progression but refuse to take part: bourgeois Leftists who joined the fire service instead of the army, Parsnip and Pimpernel who deserted war-time Britain for neutral America. Outsiders, though, are treated with decent civility. Jews, plebeians, pansies, Indians, they have their own foreign virtues, “the wisdom of the slums” or “a felicity of epicene wit.”

These are exotics, not meant to be comprehended but to be enjoyed “voraciously, like a fine piece of cookery.” Only within the upper class can motives be understood and judgment passed. Waugh stares coldly at his classmates; then, almost tenderly, he transforms them, gives them a style, forms graceful dialogue from their banalities. The upper classes have learned some of their behavior from Waugh, just as they have from Noël Coward.

Yet, for some of us outside the organization, it was Evelyn Waugh who destroyed its grandeur. As a boy, I was at first saddened by Decline and Fall and other Waugh comedies, quite surprised that my elders had found them funny. There were more laughs in Hilaire Belloc, who had similar ideas but seemed more human in his indignation and unfairness. These two Papists, in their several generations, worked together to strip England down; the knighthoods were bought, the peers brand-new, the police were hostile to the poor, and the schools to learning, the stately homes were damp and lonely, full of pensioned nannies and plaster stags’ heads.

Waugh destroyed the grandeur, but not the charm. In Brideshead Revisited his deep affection for the upper class burst forth, lush and seductive. But, even before that, his silly little toffs would appear for a moment as attractive as Fred Astaire; this one is performing a solo dance in the hallway to celebrate the progress of his courtship, another is necking with his sister. The slightly incestuous one was called Basil Seal, magnificently untrustworthy and ruthless, even a cannibal if need be. Basil Seal was the personification of undisciplined self-will, in the form tolerated by the Standard English. He was the schoolboy prank, the undergraduate rag, gone just a little too far.

It was a good idea to recreate this lovely bully. Now Basil Seal is a florid old buffer, “settled into the orderly round of the rich,” “a creature of habit and of set opinions.” This is Waugh in his Pinfold mood, uneasy about the dull dangers of convention, especially when the bondage is strengthened by the added restrictions of middle age. The Ordeal of Gilbert Pinfold consisted of hallucinations, in which the middle-aged man fancied himself persecuted by young hearties and their Kipling mummy; they accused him of being homosexual, of being not Pinfold but Peinfeldt. In this new book, Seal meets with a similar misconception; because young men enrage him, his doctor suggests that he is suffering from a suppressed affection for them. Seal toddles off, furious, to his wife: “That booby thought I was a pansy.” Some of his best friends are pansies but this is too much. Besides it might be true.

One of Seal’s friends is Ambrose Silk, Waugh’s most engaging pansy. In Put Out More Flags, he was cruelly mistreated but he inspired a joyous mock-heroic eulogy of homosexuality down the ages. Silk reappears in this new book, to be honored for his services to literature; Parsnip and Pimpernel have flown over from America to make commendatory speeches. (Parsnip praises Silk for his reverberating silence, and we are happily reminded of Cyril Connolly: “From now on, an artist will be honored only for the resonance of his solitude…”) More impressive, to Basil Seal, is Silk’s unspoiled appearance: “Well, he’s a pansy. I expect he takes trouble. We don’t. Why the hell should we?” But Seal is jealous, discontented.

So, to help the poor devil recapture his youth, an insolent boy now appears, as bloody-minded as Seal himself once was. The young blackguard plans to marry Seal’s daughter for her money but the father realizes, exultant, that experience will tell; he can pull a dirtier trick than any boy. Seal wins with a brilliant foul and retains his lovely dolt of a daughter. He is revived. It is a romantic revival—and the atmosphere is heavy with incest.

But in this sane, comic world, no one pretends to be shocked. Why the hell should they? This spirit of aggressive tolerance is a true reflection of one aspect of the English upper class, that jolie laide who still fascinates so many of us. Some people, like Basil Seal, may feel smothered by its weight of superfluous fat. Not so his creator. Waugh’s talent is not that of the thin man screaming to be let out; he works from the inside, drawing the fatty tissue close about him, until it accords with his own lean, elegant shape. 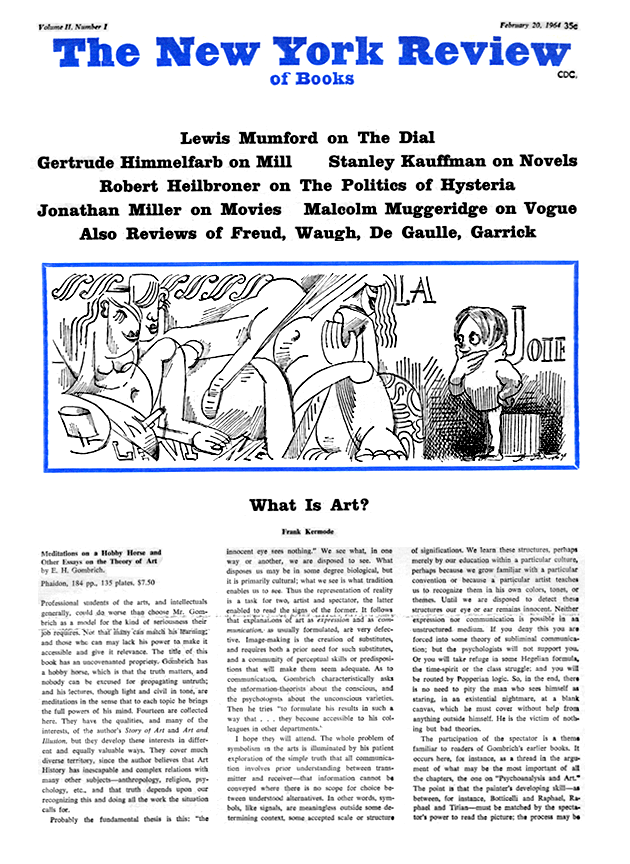