There is a species of political literature which no one, outside a very small circle of academics, pays any attention to, and yet which provides some of the most interesting and instructive insights into the nature of democratic politics. I refer to those books—published regularly by university presses and consigned promptly to oblivion—that are “case studies” in “natural resource management.” I myself first became aware of their existence a couple of years ago when I came upon a Harvard University Press book by Ashley L. Shiff called Fire and Water: Scientific Heresy in the Forest Service. What moved me to begin reading it I cannot now remember, or even imagine. But, despite its graceless prose, I was utterly fascinated. It told the story of the heroic efforts of the U.S. Forestry Service, in the first four decades of this century, to persuade, cajole, and coerce the farmers and lumbermen of the Southeast to cease and desist from their habit of annually burning (i.e., thinning out) their forests of longleaf pine, under the illusion that such burning was an appropriate form of soil and woodland conservation. By the time the Forestry Service had succeeded in imposing its will, scientific evidence began to accumulate that, in truth, this kind of burning was a highly effective form of conservation. The bureaucratic complications that ensued will survive comparison with the most ingenious of French bedroom farces. Whenever, these days, I hear someone pontificate dogmatically on the grand theme of “science and public policy,” my mind gently wanders amidst the longleaf pine.

Paul Tillett’s Doe Day has a far more modest compass, and in it science suffers no such interesting and ironic reversals. But it, too, is enlightening in a way that few works of “political science” (or of journalism, for that matter) can claim to be. Its ostensible subject is the dispute in New Jersey, during the years 1958-61, over the declaration of an annual Doe Day controversy reveals that “…female) deer could be shot with impunity—something that was otherwise strictly forbidden. Its real subject is the problem of defining the common good in a democracy; for, as Marion Clawson points out in his Preface, the Doe Day controversy reveals that “..a [mere] resolution of the conflicts between rival interest groups does not necessarily produce a solution in the general public interest or even in the long-run interests of the groups concerned…”

Incredibly enough, there seem to be too many deer in New Jersey, or at least in parts of New Jersey, They number some 70,000—considerably more than when the white man first set foot on these shores. (People who cannot bring themselves to believe this will doubtless also refuse to believe that about one-third of the total land area of the United States is still forest; but it’s nevertheless so.) New Jersey has not. like Pennsylvania and New York, actually witnessed a “population explosion” among its deer. Still, the problem was sufficiently acute—and sufficiently vexing to farmers, motorists, and suburban gardeners—for the state’s Division of Fish and Game to proclaim an annual “Doe Day” that would keep down the size of the herd.

All political hell immediately broke loose. For, despite the fact that the hunters were being given an extra day of uninhibited shooting, they were most violent in their opposition, on the grounds that killing does would eventually mean the eradication of all deer in New Jersey. Their position was moral (it’s unsporting to shoot a lady), far-sighted (we’d rather shoot less now and be able to shoot another day), and based on respectable scientific fact (a certain proportion of does are needed if the herd is to reproduce itself). That it was also quite wrong is one of life’s (and politics’) little heart-breaks.

For wrong it was—at least if we are to believe Mr. Tillett. Essentially, what was involved in this dispute was the confrontation of an older scientific knowledge with a newer one. The older knowledge—venerable enough to have been incorporated into folklore—was born out of the historic experiences of the conservation movement, and was oriented toward limiting the damage that rapacious humanity inflicted upon nature’s bounty and beauty. Its emphasis was on prohibition and inhibition. It established hunting seasons, prescribed bag limits, posted “no hunting” signs, carried out educational campaigns about our animal friends, etc. The new scientific knowledge emerged out of the systematic study of ecology and biology; it used refined mathematics and statistics, sometimes even computers; it spoke, in hideous jargon, of the “optimum annual harvest” of game. In the specific case of New Jersey, its message was: if you do not kill more deer, the herd will suffer malnutrution, starvation, and eventual depopulation. In effect, it urged the sportsmen to engage in mercy killing on a modest scale. The hunters, to their everlasting credit, were nauseated at the idea.

The new science won out in the end, after a struggle whose complications stretched toward infinity. (There was a breach between North Jersey and South Jersey hunters; many of the farmers were also hunters; some of the suburban gardeners seemed to think the deer were stealthily engaged in an ideological subversion of the principle of private property; and so on.) Mr. Tillett makes it clear that, in his opinion, the victory of the new science was a victory for the national, common good over the barren conflict of passion, superstition, and vested interest. One is pleased that he redeems the concept of the common good—most of political science is so contemptuous of this “fiction.” On the other hand, one also rather wishes that, in this particular case, time will prove him wrong. Somehow, one doesn’t trust those charts and computers to create a world fit for Bambi and his daughters. 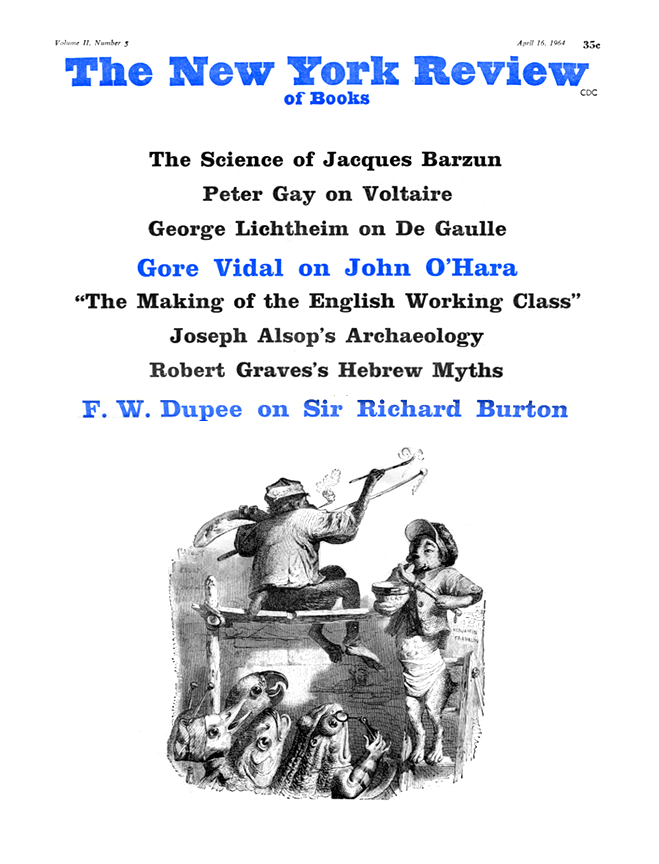 Crisis in the NY Public Library

Crisis in the NY Public Library