The subject of Americans abroad has fascinated a number of generations, and the fascination has produced a surprisingly large literature which includes, to begin with, a substantial body of fiction, much of it extremely important. There are dozens of scholarly monographs on every aspect of the subject, to say nothing of easily available primary sources in the form of diaries, memoirs, letters, etc. Most numerous of all are the popular books about Americans in Italy, Americans in Paris, Americans behind the Iron Curtain, and everywhere else.

It is doubtful if Americans abroad are as distinctive as we have long since formed the habit of imagining. The nineteenth-century American innocent in Europe, making shocked reflections on the moral climate, is an image most of us have stored away somewhere, but he might just as easily be British. Although Roger Ascham had once been tutor to Queen Elizabeth, he can sound very much like an early Massachusetts Calvinist: “I was once in Italy myself; but I thank God my abode there was but nine days; and yet I saw in that little time, in one city, more liberty to sin than ever I heard tell of in our noble city of London in nine years.” American millionaires of the early twentieth century may have engaged private decks on ocean liners for their crossings, but their pretensions were not much different from Sir Philip Sidney’s when, traveling on the continent, he carried two complete sets of furniture with him so that the inns he stopped at overnight might be suitably upholstered in velvet and pink brocades. And as everyone knows, the French abroad can be as vulgarly arrogant about their language as the Americans about their money.

Taken all in all, it is doubtful if a more intelligent or sympathetic set of tourists ever started out from any country than the Americans of the last years of the eighteenth century: but since most of them came to Europe on missions of importance, perhaps they cannot be called tourists in a strict sense at all. They had a great deal of faith in their own country, and hadn’t lived in it long enough to feel insecure or defensive. Their provinciality was of the charming, appealing variety. Mr. Dulles quotes a letter written by Abigail Adams from Paris to her sister at home:

The first dance which I saw upon the stage shocked me; the dresses and the beauty of the performers were enchanting; but, no sooner did the dance commence, than I felt my delicacy wounded, and I was ashamed to be seen to look at them. Girls, clothed in the thinnest silk and gauze, with their petticoats short, springing two feet from the floor, poising themselves in the air, with their feet flying, and as perfectly showing their garters and drawers as though no petticoats had been worn, was a sight altogether new to me.

But then, with a liberality Roger Ascham would probably not have shown, Abigail hastened to add, like the “good” American she was:

…repeatedly seeing these dances has worn off that disgust which I at first felt, and…I see them now with pleasure.

Part of the inadequacy of this book stems from its author’s reluctance to deal with the evidence that literature offers. How soon the quality of Abigail’s generation was adulterated is indicated by the fact that in 1838 Fenimore Cooper gives us, in his novel Homeward Bound, the first fully drawn characterization in American literature of the obnoxious American abroad, Mr. Steadfast Dodge. (Mr. Dulles never mentions him.) We first meet Mr. Dodge on a trans-Atlantic vessel returning from his travels in Europe. He is the archetype of a certain class of American that has haunted American fiction since Cooper, and to a degree Mr. Dodge has moulded our conception of the unattractive American tourist abroad. The picture we have inherited of him in Europe has been largely created by our literature, and any account that ignores this fact cannot be satisfactory.

Long ago Henry James realized that any difference between traveling Americans and traveling Europeans existed in the imaginative rendering of them in art rather than in the hard facts of their respective national traditions. In his biography of William Wetmore Story (1903) he wrote in words which, if true at the time, were even more prophetic:

It has really ceased to be feasible to get away from America. The west is in the east, by the same token, more and more in the west, and everyone and everything everywhere and anywhere but where they, in the vernacular, belong. Where any one or anything does belong is no longer a determinable, is scarce even a discussable matter. In the simpler age I speak of these congruities might still be measured.

The question of such congruities as James speaks of here, and the varying degrees of their measurability, are indeed the things that make the whole subject of the American abroad so interesting. On the very threshold of the twentieth century, James was observing that in the flavorless mash to which the old cultures were being reduced, the whole question of being abroad had become dully spatial rather than significantly qualitative. James would have found disastrous and overwhelming confirmation of his words in this passage from Mr. Dulles in which, in prose like a citation read at a Consulate dinner, he says the same thing without knowing what it means:

Primarily as a consequence of the threat of international communism and possible aggression by Soviet Russia, there has been deeply impressed upon every visitor to Europe a new conception of what had been traditionally called the Old World. In the troubled circumstances of the mid-twentieth century, it has been borne home that what western Europe and America have in common in their basic beliefs and way of life, is far more important than such differences as may still be found in their separate cultures.

From this it should be clear that any delicate measuring of the congruities is not to be looked for in Mr. Dulles’ volume. It is only when an American with defined talents and capacities is imagined in detailed relation to a particular European context—social, cultural, moral, artistic, political, or whatever—to which be may have responded with fine intensity, that his situation of being abroad becomes either interesting or significant. The most beautiful thing about Americans abroad is that so many of them in all generations have been endowed with intelligence and peculiar talents. How they exercised their intelligence, and what they did with their talents under the impact of European experience, is really the only history of Americans abroad that is worth writing about. But it is a kind of history that Mr. Dulles is not equipped to write.

Although Chapter XII. “Between Two Wars,” is devoted largely to American artists in Paris, for all the attention that is given to their creative achievements while abroad they might as well be lion tamers, flea trainers, or chestnut sellers. We are informed:

George Gershwin drew upon his experience living abroad to compose An American in Paris.

John Steuart Curry had a year on the Left Bank, but it did not greatly influence his later development as an artist and his mature painting was of his native Kansas.

Henry Miller was to become a famous expatriate.

As this is all Mr. Dulles has to say about these artists it is a little difficult to imagine who might be interested in the information except the post office. We are also given a few glimpses of American statesmen abroad, from John Adams down to Wilson and the two Roosevelts, but to no apparent purpose either. In short, the later chapters are pointless.

The earlier chapters, which are better, draw on familiar sources, and repeat a good deal of information that is likely to be known to anyone interested in the subject. Mr. Dulles relates one charming story that was new to me, and may be to other readers: of how Disraeli entertained a group of Indians from Iowa at an elegant breakfast, after which a footman presented a salver of bracelets, brooches, and rings for them to choose from. In this instance one feels that Mr. Dulles has indeed hit upon the significant moment in the European experience of at least one group of visiting Americans. 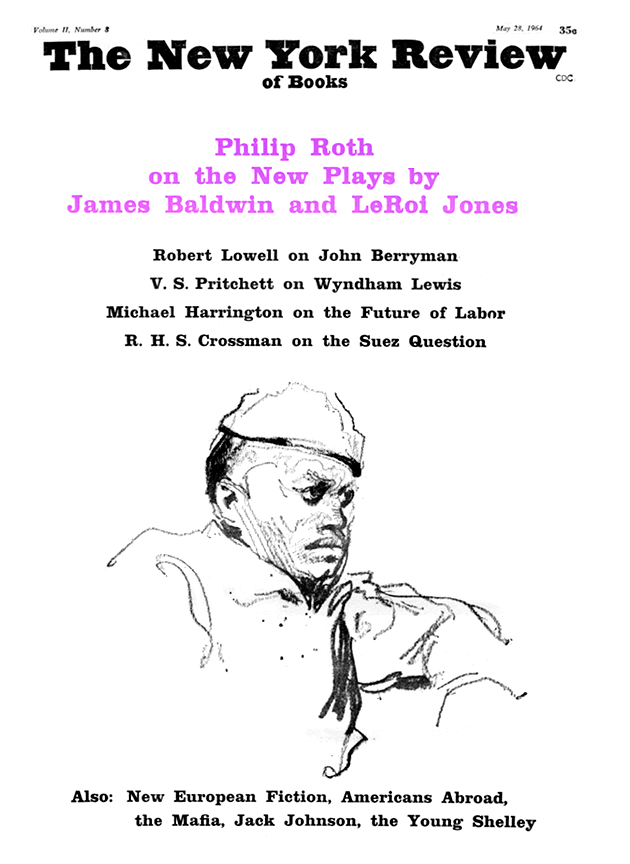 The Language of the Dead

John Dos Passos: A Letter from the Front