The Modern Theater from the October 22, 1964 issue

In reviewing Robert Brustein’s The Theatre of Revolt, Nigel Dennis uses the ploy of incompetence as well as I have ever seen it done. Can one hope that other reviewers who find themselves in his unhappy case will use it as thoroughly?

In the first paragraph he makes it clear that he is incompetent to write the review; the reason he gives is that the book inspires in him “a peevish grudge.” In the body of the piece, he demonstrates the full extent of his incompetence in several ways, the most vigorous of which is distortion. He is so very peevish about Mr. Brustein’s critical method that he says it is not applied to the plays but only to the playwright’s, a statement which is massively untrue. He seems irritated that Mr. Brustein has a thesis of any sort, and he is certainly irritated with [him] for applying the concept of revolt to plays which are not obviously about or inspired by revolt. This is the standard complaint of any hostile critic to a book with a thesis: Exception! But Mr. Dennis remains incompetent to use even this complaint to his advantage, by the peevishness with which he views any large generalization about modern drama and by the distortions he makes in his account of what the book actually does. (In the text, Mr. Brustein makes it clear that modifications and exceptions are in order, and he does not allow his thesis to distort his extensive discussions of particular plays which do not fit the thesis very well.) One valid point Mr. Dennis succeeds in establishing: he has no taste for the philosophical, generalizing mind when it applies itself to plays. So?

In the last paragraph, he reveals why the book made him so peevish as to be incompetent to review it. He is rigidly esthetic. He wants the exercise of intellect to have nothing to do with drama beyond purely formal creation or understanding. He rejects not only moral and social concerns from his contemplation of plays, he rejects psychological ones from their creation. He thinks neither their themes nor their creation to be legitimate subjects of inquiry.

The best piece of writing by Mr. Dennis that I have read is “The Prince of Antioch,” a five-act parody of Shakespeare, part of Cards of Identity. Technically, formally, the play is a play is a dazzling tour-de-force, and it contains very nearly nothing at all. 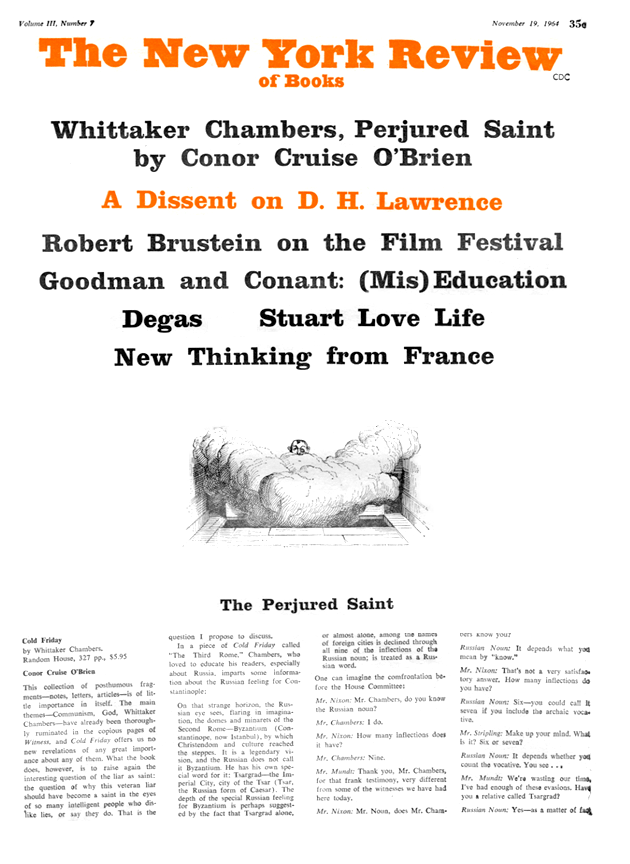 Notes on the New Theater

Ionesco: the Theater of the Banal

New Light on the Globe Theater