Death and the James Family from the November 5, 1964 issue

May I make a correction in the very interesting and scholarly review by Marius Bewley of Alice James’s diary? Quoting a paragraph where she “speaks of magnificent death,” Mr. Bewley says she “invents a conceit that reminds one of [Emily Dickinson] beginning ‘I ne’er saw the youth…’ and ends ‘I do not know, I only died last night.”‘ She is referring to a poem in a contemporary Harper’s, which I remember in an old bound volume as a child. It is by an artist of the day named Vedder, or rather the illustration which frames the poem quoted is—the swooping ghosts she describes. The poem itself is I think by Thomas Bailey Aldrich; and is as follows;

Somewhere in desolate windswept space, In twilight land, in no-man’s land,
Two hurrying shapes paused face to face And bade each other stand.

“And who are you?” asked one agape, Shuddering in the gloaming light:
“I do not know,” said the second shape; I only died last night.”
Margaret Widdemer

The following letter from Graham Greene was published in the London Daily Telegraph last November 6:

In the past few weeks photographs have appeared in the British Press showing the tortures inflicted on Viet-Cong prisoners by troops of the Vietnam army.

The strange new feature about the photographs of torture now appearing in the British and American Press, is that they have been taken with the approval of the torturers and are published over captions that contain no hint of condemnation. They might have come out of a book on insect life. “The white ant takes certain measures against the red and after a successful forary.”

But these, after all, are not ants but men. The long, slow slide into barbarism of the western world seems to have quickened. For these photographs are of torturers belonging to an army which could not exist without American aid and counsel.

Does this mean that the American authorities sanction torture as a means of interrogation? The photographs certainly are a mark of honesty, a sign that the authorities do not shut their eyes on what is going on, but I wonder whether this king of honesty without conscience is really to be preferred to the old hypocrisy. 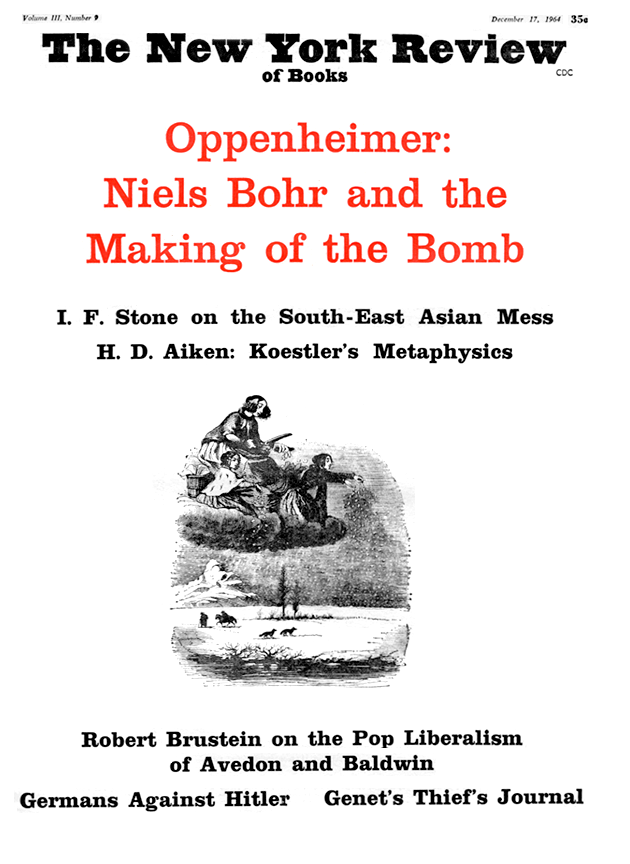 Osip Mandelstam, translated from the Russian by Beatrice Stillman