The opening sentence of Stitch tells us not only where we are but what to expect: “The vaporetto to the Giudecca which Edward usually caught at night left the San Zaccaria pier at 11:59, an odd lime which magnified his fear of missing it and having to hang around the Riva for another hour.” James and Corvo, Mann and Hemingway, have all been here before; but the fascination of Venice is inexhaustible, and the Venice-novel is one of the most solidly established genres of modern fiction. There is also something markedly generic about Mr. Stern’s hero, not the eponymons Stitch, but Edward Gunther, an American is Venice who runs formidably true to type. Edward is nearing middle age. Jewish, twice-married, rather overweight, and heavily in love with the idea of European culture. He has thrown over a steady copy-writing job and transported his wife and three children to Venice, where he lives in a palazzo and dreams of literary success; he writes thinly pretentions essays, and has large aims:

Perhaps he should expand more, write on a greater variety of subjects so that his Acknowledgements page will indicate uhiquitons expertise, thus subdue the brutal confidence of reviewers and succeed in getting him reviewed in a variety of journals, Art Bulletin Daedatus, Etlics, The Journal of the History of Ideas.

He sees himself as “the amateur scholar, the Emersonian ideal,” in an age of jealous professionalism.

In practice, however, Edward’s dreams remain no more than dreams. His marriage is flaking to pieces around him as he indulges in halfhearted philandering: he meeds his wife, but neglects her, and he has an intense love for his children (Mr. Stern screws down painfully hard on this point, underlining one of the cruelest of modern American dilemmas: a great devotion to children combined with a conviction of the infinite dissolubility of marriages.) Cressida, Edward’s wife, is oppressed by the thought of what they will do when their money runs out, but he harbors an entrancing vision of a plushy job with a high-powered cultural foundation in California: “There would be international conferences under the auspices of the Congress for Cultural Freedom, and he would cross an occasional sword with Jouvenal, Lukacs, Aron, Madariaga, Polanyi, Shils.” Edward has vast reserves, not merely of self-deception but of self-justification; he is, of course, weak, but he knows he is weak; and, after all, isn’t it all too human to be weak and to know that you are weak? So Edward sees himself, and this, most of the time, is the way we are encouraged to see him. But in a late chapter Mr. Stern shows him through the eyes of an embittered Cressida:

Europe had brought out the worst in him, culture-hunting, church-licking, you’d think he was on the verge of conversion to see him eating up the Madonnas, lecturing the kids on their inadequate grasp of Europe’s greatness, then exhibiting a behavior that had about as much to do with civilization and culture as a tiger vomiting the remains of a jackal. Adultery, negligence, sloth—despite his typing—getting fat again, his exercise going by the boards. Not that she cared. Let him swell up as big as San Marco.

If, by now, you have a feeling that you have met Edward—or someone uncommonly like him—before, you would be right. Back in Chicago, Edward’s home-town, he was known as Herzog.

Edward’s amiable bogusness is set off by the two other principal characters, also expatriate Americans who are both serious, dedicated artists. He has a sketchy, barely consummated affair with Nina Callahan, who lives a genuinely Bohemian life in Venice, often to the extent of being short of food, but who is a devoted scholar and is seriously in business as a poet: the first section of a long Cantos-like poem on which she embarks is instantly accepted by Partisan Review. And then, finally, there is Nina’s friend Thaddeus Stitch, who gives the novel its title but not much of its motivating energy. Stitch is an old sculptor who has lived in Europe all his life, and who is continuing work on a vast group of statues on one of the Venetian islands, which he has been engaged on for many years, and which he sees as capturing various key moments and figures in the history of Western culture. Stitch has had a turbulent past; at one time he wrote pamphlets with titles like Stitch on the Perversion of American Politics. The Yeses and Nos of Fascism, Soldi e Soldati, and Mussolini contra la Guerra. Subsequently he was imprisoned for several years in America, presumably for treason.

I enjoyed this novel very much, even the bits that I am sure will irritate many readers, such as the incessant cultural namedropping—Simone Weil here, Marshall McLuhan (misspelled) there. But the grace and glitter of Mr. Stern’s prose, and the sureness with which he pushes his creations around, don’t altogether cover up one’s awareness that something went awry with the author’s intentions while the book was being written. As it is, we have an elegant and fetching conflation of some dominant literary myths, which left me with a certain unease. Herzog in Venice can get by; but I hope that will be the end of the line.

Mr. Elliott’s In the World, as well as being much longer, is duller, flatter, with few bravura passages, and is much harder to describe. Indeed, I could go on describing this novel in largely negative terms: it is slow-moving, the characters take a very long time to come alive, there is a distinct monotony of tone about it, we move untidily from one group of characters to the next, with no unified focus. Yet Mr. Elliott manifests two qualities which are rare on the present fictional scene: patience, and a scrupulous concern for the truth. His principal characters are Alfred and Beth Royce and their three daughters. Alfred is a middle-aged lawyer who has established himself as an expert on labor law; his interests have now broadened and he is part-time professor of the philosophy of law at the University of California in Berkeley, where most of the action is set. Involved with the Royces are various graduate students and friends. The marriage of Alfred and Beth suddenly falls apart after a trivial quarrel over furniture. The repercussions of this event reach out and intertwine with the lives of their children and their friends. One daughter makes a disastrous marriage; another daughter is in love with the wrong man, but then finds someone who might be the right one.

When I say that Mr. Elliott is patient I mean that he is prepared to let his characters work out their own destinies, and he gives them as much time as they need to do so. Above all, he respects their freedom: he refrains from manipulating his people in the interests of some preconceived pattern. He is a serious moralist who sees the human condition as frequently painful but not invariably hopeless; just as marriages in real life may break up and then be somehow restored, so Mr. Elliott allows his characters the same privilege, undramatic though this may be. In his fictional world a young girl can be dying of cancer at the same time as other people are achieving a rare happiness. And in this it resembles the real world, or at least the large inclusive worlds of the great novelists of the past. There are many small touches in Mr. Elliott’s narrative which are genuinely life-like rather than portentously symbolic, in the manner, for instance, of that celebrated scene in Anna Karenina in which Levin is unable to find a shirt on his wedding morning. As when Sybil, one of the Royce daughters, wants to send a Special Delivery letter to her former lover, telling him she has become engaged to someone else; she finds she only has airmail stamps, but “thirty cents’ worth of extra postage should be plenty, even if they weren’t the right kind.” After finishing Mr. Elliott’s novel one realizes that his title is less banal than it seems, for we have indeed been, for a time, “in the world,” or so it feels, rather than in a purely imaginary construct. In his disregard for the flashier devices of novelistic rendering, Mr. Elliott is working right against the grain of most recent fiction, reaching back, almost, to the kind of novel associated with his Victorian near-namesake. In the World is an impressive achievement, even if an unrepeatable one. 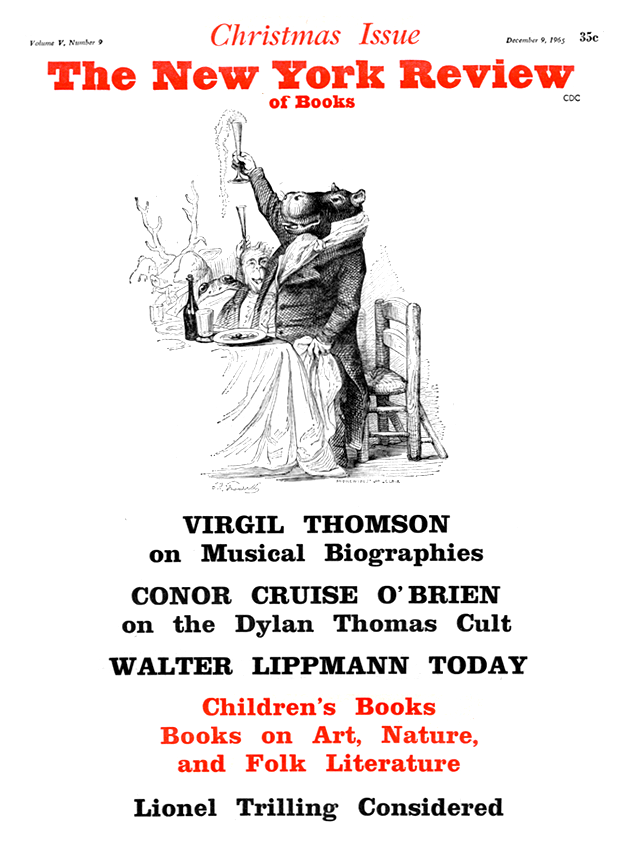 Bernard Bergonzi is Emeritus Professor of English at the University of Warwick.