The Vietnam Protest from the November 25, 1965 issue

Irving Howe and Lewis Coser are old comrades of mine, men of integrity whose views I respect, even when I disagree with them. I vividly recall October, 1956, when we three, virtually alone in the Boston intellectual community, were calling for collective action to save the Hungarian Revolution from Khrushchev’s terror. Today they do not share my view that another terrorist regime, this one centered in Hanoi, is attempting to overwhelm South Vietnam and create a police state which will make Diem’s authoritarian efforts look like a garden party.

I am sorry they feel that our “policy in Vietnam is morally and politically disastrous,” but I cannot pause here to examine their case in detail. Indeed, whatever our disagreements, it seems to me that Howe and his colleagues have performed a major service to the American “left” by formulating—for the first time—a statement on Vietnam which is not reminiscent of the ravings of a Fifth Monarchy Man. Whatever it may be, “radicalism” is surely not an Anabaptist cult.

Let me, in the same spirit of serious inquiry, raise one point. Howe et al. say “the probable outcome of the fighting will be a stalemate, with the U. S. holding the coastal areas and cities and the Vietcong the rural interior.” As one of the first advocates of “enclaves”—I suggested an “Asian Ulster” last March—it has always seemed to me that this policy would result in considerably more than a “stalemate.” According to Professor Bernard Fall (The Two Viet-Nams), about 95 per cent of the population of Vietnam is concentrated in 20 per cent of the country, precisely in the “coastal areas and cities.” In the Central Highlands, where the fighting today is centered, “often fewer than five inhabitants can be found per square mile” (Ibid., p. 4). If the Vietcong want jungle real estate, they are—as far as I am concerned—welcome to it. But I do insist on the right to protect the people of South Vietnam from a savage terrorist apparat—and I would define this as a “victory.”

John Roche and I will be confronting each other in a public symposium on Vietnam arranged by Dissent for early February 1966 in New York (advt.—but details to be announced in NYR in a paid advt.). So let me here just say a word about his notion concerning a coastal enclave in Vietnam.

All right, so you’ll manage to hang on to the cities and the coast. You’ll do this by pouring five hundred thousand men into Vietnam; by making a sheer mockery of the claim that any autonomous government survives in Saigon; by risking with China the full-scale war we have already gotten with North Vietnam (also a “victory”?); by no longer even pretending that we care to enable “reforms” in South Vietnam; by destroying the hopeful possibilities of a détente with Russia, which might isolate the Chinese within the Communist world; by making more and more credible the Communist argument that U.S. intervention is a demonic scheme of the white imperialist devils; and by bombing the guts out of this crucified country, pouring napalm over its plains and its mountains, turning the population into a horde of refugees.

In The New York Times of November 30 Neil Sheehan describes the shelling of Duchai, a complex of fishing hamlets on the Vietnam coast, by the U.S. fleet these past two months. “Reasonable estimates of the dead,” he writes, come to 600 civilians (civilians, not soldiers) out of a population of 15,000. The wounded are “believed much higher than 600.” Most of the 15,000 inhabitants have fled the town, and “its solid brick and stucco houses…have been reduced to rubble or blasted into skeletons.” 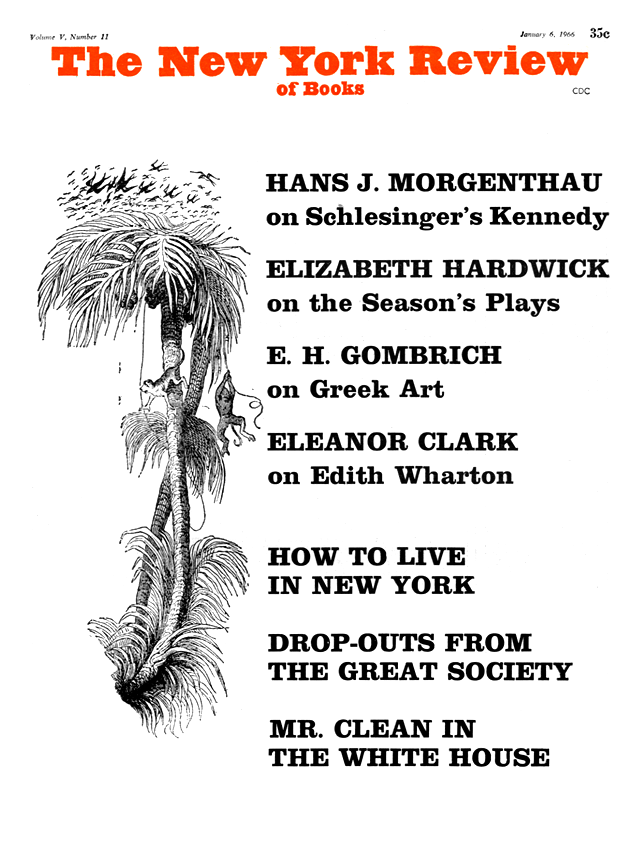 The Way to End the War: The Statement of Ngo Cong Duc

A Special Supplement: Vietnam: How Not to Negotiate

The Pause That Refreshes

Special News Commentary The Chance for Peace in Vietnam