Footnotes to the Holocaust from the November 11, 1965 issue

I had been prompted by Walter Laqueur’s review of Jacob Robinson’s And the Crooked Shall Be Made Straight [Nov. 11] to be sure not to read either Mr. Robinson’s book or Hannah Arendt’s Eichmann in Jerusalem, the former because it probably never should have been written and the latter because it had “literally hundreds of mistakes.” Dr. Arendt’s reply has now prompted me to read both books. This is regrettable for, unlike Mr. Laqueur, I found only the long quotations in Mr. Robinson’s book to be of any intrinsic value and was always disappointed to return to large print. Mr. Laqueur tells us that we may trust almost all of Mr. Robinson’s “facts” and I am not competent to agree or disagree. But I do feel quite competent in saying that Mr. Robinson very often either misinterprets Dr. Arendt or, in order to convince the “jury” (his readers) of her guilt, he purposely resorts to misrepresentation. Can telling the “jury” that Dr. Arendt had a “strange animosity toward the victims” of the catastrophe possibly be an honest statement of the facts as he sees them?

I do not wish to imply complete agreement with Dr. Arendt’s arguments and opinions. Indeed, I have serious reservations about portions of her book. However, with her central thesis—that even the most monstrous of crimes can be committed by ordinary men—I agree emphatically; and her book is a valuable study of this phenomenon. Debate over her book necessarily will deal with moral problems in general, for her central thesis is perhaps the basic moral dilemma of our time. 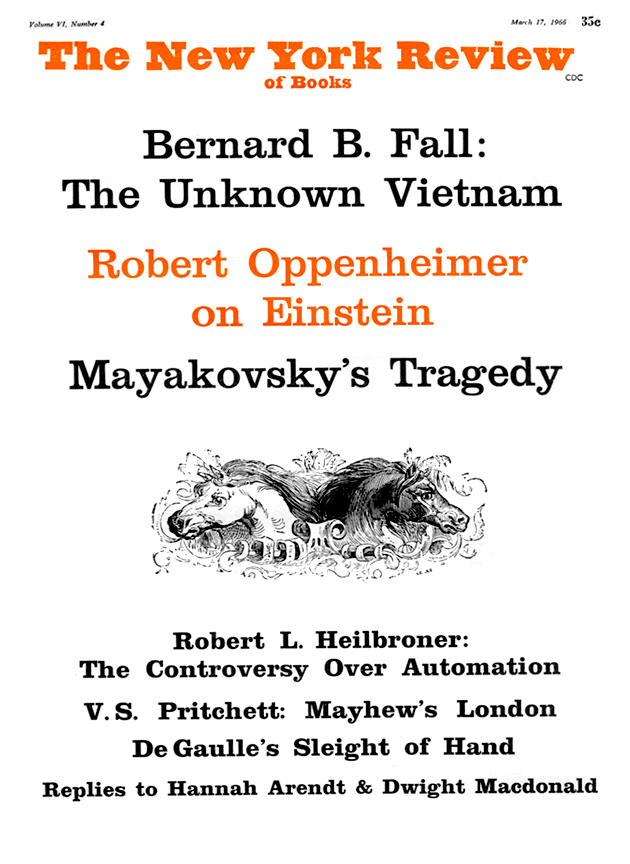 Memory and Its Discontents

Footnotes to the Holocaust

“The Formidable Dr. Robinson”: A Reply