I have no quarrels with Professor Foot’s recent review of two new English books on Nietzsche (Feb. 17), and I entirely share her view that we ought to come to grips, at long last, with Nietzsche’s challenge as a moral philosopher. What dismays me is the fact that Mrs. Foot, too, finds it necessary to repeat Professor Schlechta’s tiresome legend of Nietszche’s “unscrupulous sister.” (This, incidentally is the second legend involving Mrs. Förster-Nietzsche. It is the merit of Professor Kaufmann to have exposed the first—claiming incestuous relations between Nietzsche and his sister—by questioning the authenticity of the book, entitled My Sister and I, in which the legend finds its source.)

Mrs. Förster-Nietzsche’s three volumes on the life of her famous brother show her to be a very unremarkable intellect indeed, and there is no lack of testimony that she was a most disagreeable person. In marked contrast to her brother, she was beyond doubt both an anti-Semite and a fierce German nationalist. However, nobody, including Professor Schlechta, has ever adduced a shred of evidence suggesting that she meddled with her brother’s philosophical writings, published or unpublished. Schlechta believes that his lady-foe altered a few strictly personal letters of her brother’s so as to put herself in a more favorable light. On the other hand, there is the striking fact that the various editions of Nietzsche’s works which appeared while Mrs. Förster was in full control of all the manuscripts, abound in (previously unpublished) anti-nationalistic and anti-anti-Semitic remarks. Nothing would have been easier for an unscrupulous sister, bent on recreating her brother in her own image, than to suppress such fragments as: “Maxime: Shun anybody involved in that dishonest race-swindle [verlogener Rassenschwindel].” Or: “The trick of the anti-Semite [elsewhere described as “a coward who lies on principle”] is to attack the opponent on pseudo-moral grounds.” Or again: “To meet a Jew is a blessing if you live among Germans,” etc., etc. Yet, such statements were printed again and again during the time of Mrs. Förster’s reign, and as late as 1943. Ironically, it is Professor Schlechta’s new edition that does not find room for many of these!

Nor is there any justification for calling “The Will to Power” (edited by Peter Gast and Mrs. Förster) “dubious material.” To be sure, Nietzsche did not publish this compilation himself, and the arrangement of the material was criticized long before Mr. Schlechta’s attack. However, there is no evidence that these are not perfectly authentic texts, and nobody who has read them intelligently will doubt their enormous significance.

Professor Schlechta’s little discovery has received more public attention than even a bigger discovery would have deserved. It may be time to turn this attention away from Frau Förster and Herr Schlechta and back to Nietzsche’s writings—including “The Will to Power.”

I agree with Ingo Seidler that since Elizabeth Förster-Nietzsche allowed some remarks against anti-Semitism to pass her editorial scrutiny she is not as black as she has sometimes been painted. But to suggest that her unscrupulousness as an editor is a legend invented by Schlecta is surely a little odd. One might also quote, for instance, Richard Roos’s study “Les derniers écrits de Nietzsche et leur publication” (Revue Philosophique, 1956) in which he gave evidences of “suppressions et falsifications sans nombre” and his article “Elizabeth Förster Nietzsche ou la Soeur Abusive” (Etudes Germaniques, 1956), in which he argues, comparing her to Cosima Wagner, “elle accapara un héritage qu’elle fit fructifier à son profit. Elle se montre comme sa rivale, sans scruples dans la choix des moyens pour parvenir à sa but.” See also Walter Kaufmann’s remarks on her falsifications in his article “Nietzsche in the Light of His Suppressed Manuscripts” (Journal of the History of Philosophy, 1964). Whether these falsifications were philosophically important is another matter. Kaufmann suggests that they were not.

Seidler takes me to task for calling “The Will to Power” “dubious” material. I used that word of the Nachlass in general, not particularly of those bits published in “The Will to Power.” It is dubious material in just the sense explained in my review: that one cannot tell whether Nietzsche had not yet published, or on the other hand rejected, the thoughts that he jotted down in such disorder. I was not there discussing the authenticity of texts. 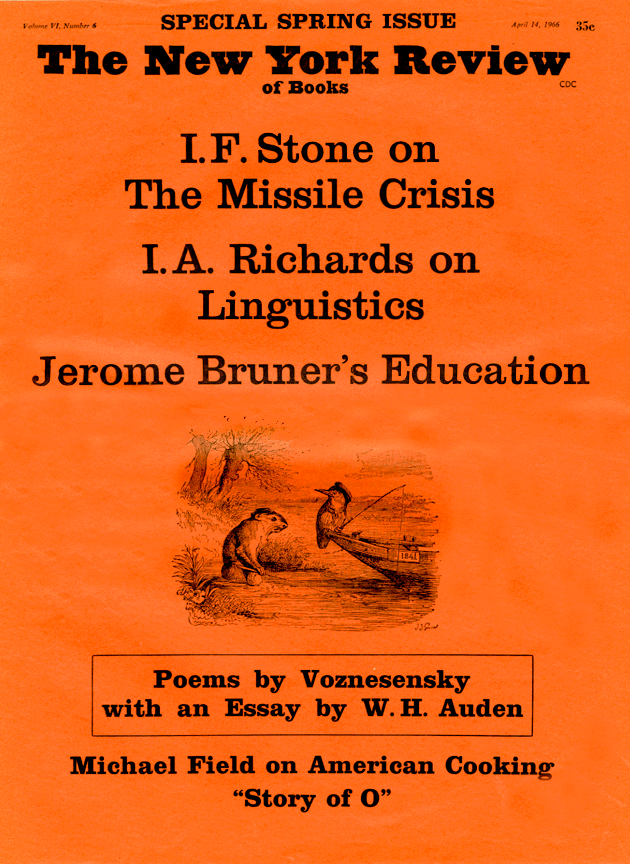 The Last Days of Nietzsche