“Oh, that my enemy would write a book,” is an old saying. Sometimes it is enough for the atttacker to have written a book review. Ernst Halperin’s review [Dec. 29, 1966] of my and David C. Jordan’s Nationalism in Contemporary Latin America attacks it in terms that require a reply from me as the senior and ultimately responsible author. First, he impugns our integrity on mere assumption, alleging that we deliberately soft-pedaled the theme of anti-Americanism or Yankeephobia and omitted canism or Yankeephobia and omitted important examples of it “in order to de-emphasize the less amiable aspects of Latin American nationalism, or those less palatable to the American reader.”

Halperin’s reading of our motivation is as groundless as it is offensive, for he could not possibly know what our motives were for anything we said or left unsaid. How grossly he misrepresented them is illustrated by a leading item in his bill of particulars, namely, his complaint that we do not “mention” the “CIA-inspired coup against the Arbenz government of Guatemala in 1954… nor the wave of protest demonstrations that swept Latin America at that time.” The fact is that I have previously “mentioned” these matters in print else-where—a fact which ought to be known to anyone with Halperin’s pretensions to expertise and which puts the question of motivation in an entirely different light. Again, in an obvious effort to discredit us, he asserts that our failure to mention a certain declaration by Castro and books by Arévalo and Guevara is “like writing about German National Socialism without mentioning Mein Kampf.” The absurdity of Halperin’s comparison will be obvious to specialists, but, as he should know. genuine specialists are rare and the far more numerous non-specialists may be taken in by it.

Likewise, he grossly misrepresents what we did say, as in this passage in his review: “The authors admit that anti-Americanism has unquestionably been ‘a major ingredient of Latin American nationalism in this century’ (p. 188). Yet the book’s index contains only five references to anti-Americanism,’ and ‘Yankeephobia’. Four of these are very brief. The fifth deals with pre-Castro Cuba.”

Every part of the foregoing quotation is either false or misleading. We do not “admit” the importance of anti-Americanism but proclaim it, and we do not wait to do so until page 188 (in the last chapter) but proclaim it even more strongly on page 10 (in the opening chapter). In between, the theme recurs many more times than the “only five” mentioned by Halperin. In the index, “Yankeephobia” refers the reader to “Xenophobia,” under which there are 13 entries; and in addition there are 11 entries under “Colonialism, economic” and 16 under “Imperialism,” which are obviously overlapping themes. Thus, even a reviewer who relies solely on the index has not five but 45 “references” to lean on, all of which relate generally, and many of them specifically, to anti-Americanism. Some are “very brief” but others are not, and one (p. 150), which Halperin purports to have read, is a 13-line paragraph. Again, in the passage quoted Halperin gives the false impression that our only reference to anti-Americanism in Cuba relates to the pre-Castro period. The fact is that references to it during the Castro period are made on five pages of the 11-page section on Cuba and again on page 188 in the last chapter, where we specify the “Cuba Si! Yanqui No!” basis of nationalism in “Fidel Castro’s domain.”

Finally, Halperin distorts the whole plan and purpose of our book beyond recognition, partly by failing to mention essential features of it, and partly by innuendo. Thus, we never intended it to be a “topical book” on Yankeephobia in all Latin America, but a balanced study, in historical depth reaching back to 1930 and beyond, of all the major aspects of nationalism in ten selected Latin American countries. And whereas Halperin implies that we favor “the moderate, constructive variety” of domestic nationalism at the expense of its other varieties, the fact is that a large part of our book deals with its expression in extremism, both of the right wing and still more of the left, and “Revolutionary Nationalism” occurs in three of our ten chapter titles.

Professor Whitaker is a great authority in the field of Latin American studies. I am not conscious of any feelings of hostility toward him or his collaborator, Professor, Jordan. But I happen to be of the opinion 1) that a very specific anti-Americanism, not mere “xenophobia,” or an abstract “anti-colonialism” and “anti-imperialism” is a basic feature of contemporary Latin American nationalism, 2) that in a book on the subject, this should be dealt with in depth, and 3) that the book in question fails to do so.

I repeat my statement that Arevalo’s The Shark and the Sardines, Castro’s Second Declaration of Havana, and Guevara’s Guerrilla Warfare are as fundamental to an understanding of the Leftist extremist, violent brand of Latin American Nationalism as Mein Kampf is to an understanding of German National Socialism. The only plausible—and charitable—explanation for Whitaker’s and Jordan’s failure to mention these three documents still seems to me to be that the subject was too painful to them. Surely an expert as eminent as Professor Whitaker must have read, or at least heard of, The Second Declaration of Havana! 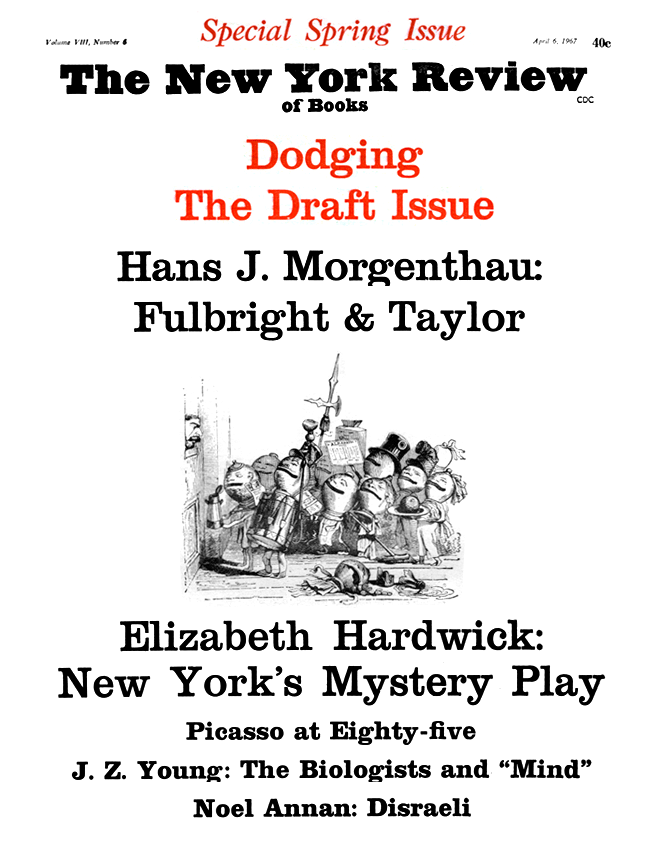 Is Anti-Semitism Dying Out?

France: The Return of Anti-Semitism