The Life and Works of Louis Le Roy

In the late sixteenth century a French scholar surveyed his own times with feelings of mingled hope and despair. He had seen the Renaissance revival of learning take hold with tremendous force in France. Technological advance, the use of printing, had made the resulting proliferation of new knowledge and new ideas universally available at a rate and in a volume undreamed of in the previous history of mankind. Knowledge was not only immensely increased; it was immediately communicated in the form of the printed book to the bewildered public. Another technological advance, the invention of the mariner’s compass, had brought far regions near, had found new lands beyond the seas unknown to the ancients. Third, the improvements in fire-arms had transformed the art of war. In this world of infinitely increased potentialities for good or evil there was no peace. The old loyalties which bound together the old order of society were breaking down; religion was weakened by dissension, and the century of the Renaissance in France had been the century of the wars of religion. Wherever one looked, east or west, north or south, there was conflict and unrest. Man’s new opportunities had included opportunities for the expansion of his lubricity and a new disease had appeared, syphilis. In the great cycles of history civilizations had arisen, to flourish for a while and then to vanish, destroyed by the seeds of disintegration lurking within their triumphs. Was the present age the last of these cycles, and was it doomed to go down into a final ruin?

The man who asked these distressingly familiar questions was Louis Le Roy, in a book called De la vicissitude ou variété des choses en l’univers. First published in 1575, it went through many editions and was widely influential, particularly in England. It filled a need in providing a philosophy of history for men who lived in bewildering times. Le Roy was the Spengler or the Toynbee of the sixteenth century and merits the careful attention of historians of history. It is therefore fortunate that Werner L. Gundersheimer has written a good book on him.

LE ROY HAD HIMSELF PLAYED an important part in the diffusion of knowledge in sixteenth-century France, as is well brought out in Gundersheimer’s book. He was born in 1510, of poor parents. What little is known of his life is characterized by a total and unremitting commitment to learning and scholarship combined with extreme penury. Why Le Roy never succeeded in getting himself subsidized by a patron remains a mystery, for his work was of a kind which should have appealed to French Renaissance royalty and aristocracy. This work included the translation into French of some of the major works of Plato, with commentaries, and of the Politics of Aristotle. Le Roy’s translations and commentaries were an important factor in spreading knowledge of the Renaissance revival of Plato and the Neoplatonists in France. Since he used in his commentaries the works of modern Italian philosophers, particularly those of Ficino and Pico della Mirandola, he is a key figure for the popularization of Florentine Neoplatonism in France. His translations contributed to the perfection and improvement of the French language and helped to provide a philosophical background for the literary and poetic movements of the century which are associated with Ronsard and the other poets of the Pleiade. Le Roy’s publications were also influential in England; it has been suggested that his translation and commentary on Plato’s Symposium may have been used by Spenser. His Politiques d’Aristotle was much read in England, was translated into English in 1598, and may have influenced English seventeenth-century political theory.

In politics, Le Roy was a liberal monarchist, and wrote many pamphlets in which he deplored religious intolerance and strife and appealed for a return to order. He belonged to that important liberal and tolerant line of thinking which was supported by many of the greatest names in sixteenth-century France (not excluding the much maligned Catherine de’ Medici). Too little is known of this outside the circle of French specialists. To the general reader, the history of sixteenth-century France is perhaps still a confused mass of savage religious wars and massacres, enlivened by court scandals about the amours of “la reine Margot” or the “mignons” of Henri III. A friend once remarked to me that sixteenth-century French history was still at the “technicolor” stage, and although matters have improved since then, the steady growth during the century of enlightened political and religious thinking (stimulated by reaction from the horrors of the wars) is probably not generally known. In that movement, Le Roy holds an honorable place. Like his similarly minded contemporaries, he believed that the French monarchy, liberally interpreted, represented the principle of order which must be maintained and preserved amid the growing chaos. This conception was not wholly nationalist in spirit but a revival of the idea of the French monarchy as one of the great props of European order which had a very long history behind it.

Though Le Roy was gradually moving toward his philosophy of history in his commentaries and pamphlets it was not until nearly the end of his industrious and poverty-stricken life that he published the De la vicissitude (he died in 1577, two years after the appearance of the first edition). This book was also much read in England; it was translated by Robert Ashley and imitated by John Norden. From primitive origins onward, Le Roy traces the cultural achievements of the major civilizations known to him, including Egypt, Babylon, ancient Greece and Rome, the Mohammedan world. The beginnings of “the present age” he places in the fourteenth century and presents, rather strangely, the Scythian conqueror, Tamburlaine, as its initiator (Marlowe may have drawn ideas for a play from this), passing immediately from Tamburlaine to Petrarch and the Italian Renaissance. The vicissitudes of history proceed in cycles, rising with increases of culture supported by force—or what Le Roy calls, using a well-known topos, the combination of “letters and arms”—and declining with the decline of culture and vigor.

GUNDERSHEIMER has interestingly analyzed some of the strands from which Le Roy’s tapestry of history is woven. Obviously, the vicissitudes are a legacy from the classical cycles of alternating decline and renovatio, but interpreted realistically as dependent on cultural achievements and with no mention of mythical “golden ages.” Yet Le Roy is no pagan but a believer in Divine Providence. Though there is no mention of Eden and the Fall in his discussion of primitive origins, some traces of the linear progression of providential history, which always moves forward to its foreordained end, is apparent in his belief that one era can pass on to the next some of its advances because not all of its achievements are wiped out in the vicissitude of darkness. Yet in his insistence on cultural advance, and particularly on scientific and technical advance, as marking the crests of the vicissitudes, Le Roy is neither medieval nor humanist but is moving toward a seventeenth-century type of progressive outlook. He can almost be regarded as a precursor of Francis Bacon, though Bacon is, in a way, less a realist than Le Roy, for his great instauration of the sciences was to lead on to a restored Eden, after the manner of mythical history. Undoubtedly the great realist influence on Le Roy’s view of history was Machiavelli, whose theme of virtù—or the capacity, intelligence, and force which maintain a civilization—is recognizable in Le Roy’s interpretation of “letters and arms.” Like Machiavelli, Le Roy attempts to face history in a realistic way and to learn from it.

De la vicissitude des choses is not a great book. Its composite medieval, humanist, and modernist structure is not fused into a satisfying whole, and it is marred by much tediousness, such as the long lists of famous men who flourished in the various eras. Nevertheless it was a book which served its times because it attempted to face the fears of its times. Gundersheimer calls Le Roy a pessimistic optimist, or an optimistic pessimist. Though fascinated by the “broadening stream of culture,” the immense gains in man’s knowledge and power which he had witnessed during his lifetime, he was also appalled by the menace of universal war and the possibility that a vicissitude of darkness might be at hand. Yet if there were new dangers there were also new hopes:

We can truly affirm that the world is today entirely manifest, all of mankind known, all mortals able to communicate their goods among themselves and help each other in their mutual indigence, as inhabitants of one community and world commonwealth.

But can we be sure that all the “power, wisdom, disciplines, books, industry, work, and knowledge” of the world of today may not “plunge headlong again, and perish as they have done in the past”?

Le Roy’s view of history was double; it was not only cyclic but also providential and this enabled him to hope. All is not lost in the vicissitudes, and events depend “principally upon divine providence” which is above the mutations of history. Le Roy’s God urges upon him the duty of laboring to transmit and augment the treasures of civilization:

He wishes that we may carefully preserve the arts and sciences, with the other things necessary for life, and that we transmit them to posterity by means of learned and elegant writings on good subjects, giving clarity to the obscure, faith to the doubtful, order to the confused, elegance to the unpolished, grace to those bereft of it, novelty to the old, authority to the new.

Le Roy’s own past life was of a piece with the advice offered here. He had toiled incessantly to contribute to the stream of culture with his numerous ill-rewarded publications. The man’s constant poverty lends a kind of impressiveness and dignity to his life and work. We can be sure that, had he lived in the present age, the bomb would not have deterred him from his labors, for he was accustomed to facing bleak truths about the vicissitudes of history without losing the providential hope. 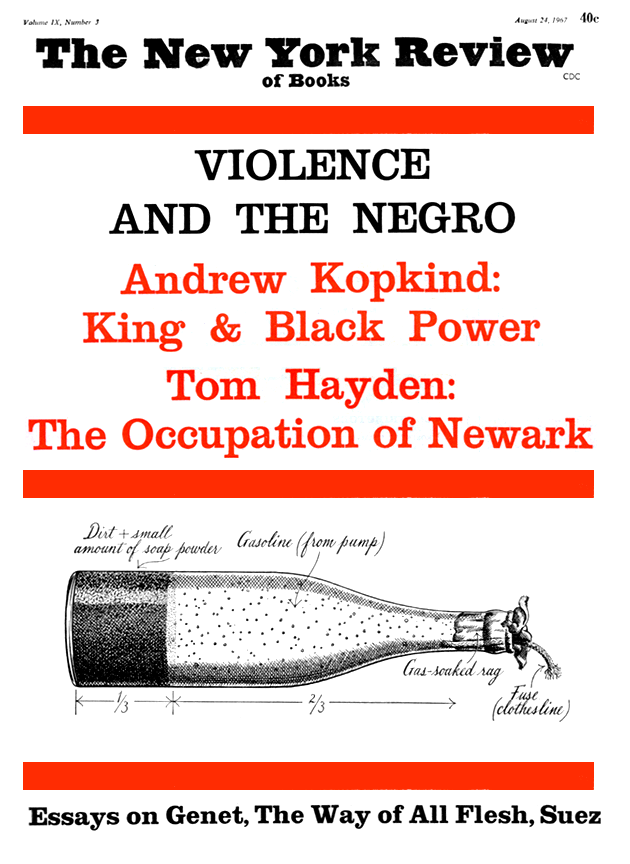 More by Frances A. Yates

More by Frances A. Yates

Frances A. Yates (1899–1981) was an English historian. She taught for many years at The Warburg Institute, where she studied the history of esotericism in the West.

The Faith of a Skeptic