In your July 13 issue, George Lichtheim shows great knowledge of French political history. His article, which is in part devoted to my Strategy for Labor: A Radical Proposal (Beacon Press), however, contains two factual errors which I feel obliged to correct since they involve more than my personal standing in your readers’ opinion.

(1) Mr. Lichtheim states that the Parti Socialiste Unifié (PSU) has acquired the French political weekly Le Nouvel Observateur. The truth is quite different. Until November 1964, the weekly France Observateur was directed, owned, and edited by a team of journalists that were also leading members of the PSU. In November 1964, a new team of independent journalists (including myself), merging their efforts with the original team, took control of the weekly, which became Le Novel Observateur, and built it into a major national magazine, free of any party ties and intent on promoting the unification of all left-wing forces.

(2) Mr. Lichtheim further states I am a leading propagandist of an extreme left-wing faction within the PSU. The truth is that I have never belonged to this or to any other party and do not intend to join any. In the present French and European context, a Marxist intellectual has greater freedom of doing research, of exerting influence, and of maintaining friendly relations with the various brands of socialists and labor leaders at home and abroad if he has no party affiliation. In spite of his great familiarity with French political life, it seems to have escaped Mr. Lichtheim that my book is in many regards quite unorthodox in its endeavor to formulate the new radical needs generated by “affluent” capitalism and the possibility of both an anti-capitalist strategy and a new vision of socialism arising from them.

So far from suggesting that the PSU owns or controls the Nouvel Observateur, I said quite clearly that this weekly is not an organ of the party, but rather its link with the intellectual community. In a wider and more general sense, the Observateur—as everyone in Paris is aware—reflects the attitudes prevalent in the PSU, but it is of course an independent journal: fortunately, since if it were a party organ, it would be quite unreadable.

As for M. Gorz, who writes a pseudonymous column for the Observateur on economic topics, does it really matter whether he has a party card? I described him as a representative of the French branch of the European New Left, and am delighted to find that he does not dispute this statement. I also suggested that his brand of theorizing is quite incompatible with that of other socialists and neo-Marxists, some of them prominent in the PSU, others not. I am happy to state that this judgment is borne out by his new book, Le socialisme difficile, a copy of which has just reached me. Those interested in the subject can form their own judgment of M. Gorz’s claim to doctrinal independence. To an assiduous reader of New Left literature, it all sounds remarkably familiar. But I never meant to suggest that his opinions are dictated by some party caucus. The New Left is a movement, not a party, and what it chiefly represents is perhaps best described as a state of mind. One of its charms is its ability to accommodate writers like M. Gorz, who employ a kind of syndicalist vocabulary, alongside others who don’t. It is none of my business how all this is going to sort itself out, but as a reviewer I felt it my duty to explain that M. Mendès-France should not be held responsible for M. Gorz’s sectarianism, and to this I am afraid I must stick, however hurtful it may be to M. Gorz’s feelings. 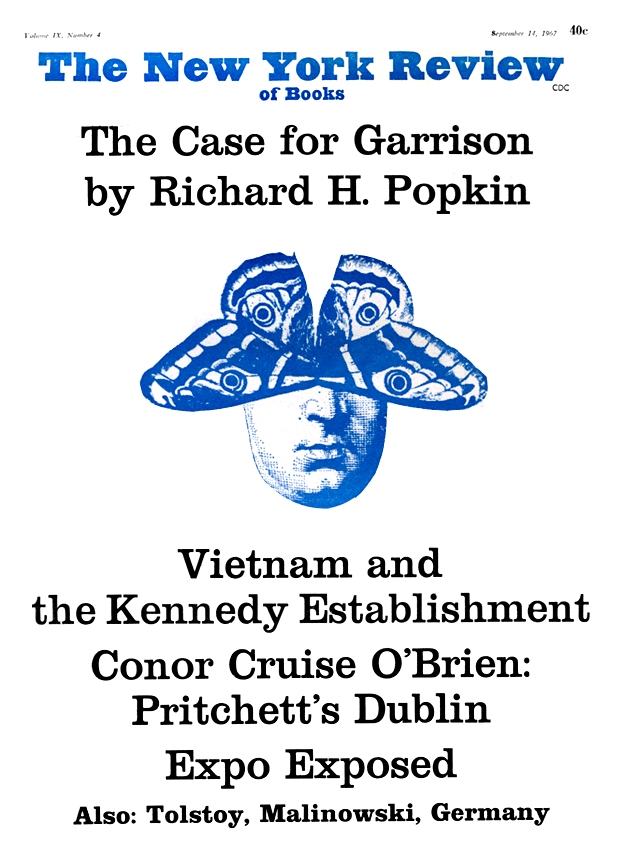 A Party Outside Politics

A Declaration of the Democratic Platform Group

The Party: Impenetrable, All Powerful

On the Empress’s Mind

As the Democrats struggle over their future, the divisions are stark.