George Lichtheim cannot be permitted to get away with ascribing noble motives to Mollet and Bourgès-Maunoury as an explanation of their conduct in 1956.

Whether or not either of these men had delusions about acting out a sequel to the resistance is too absurd a question to discuss. It would be quite impossible, as well as irrelevant, to delve into their subconsciouses. As for Mollet, understandably one of Lichtheim’s heroes among “tough-minded” social democrats, it is inconceivable to consider any major act of his entire career (unhappily, still in full bloom) as founded on considerations of “principle.”

The background of Suez, as far as the French were concerned, is linked closely to what was happening in Algeria. In early 1956, Mollet came to office uncertain as to what policy he would follow towards the rebellion. He was waiting to see which way the wind would blow and was concerned primarily with protecting his own skin. Thus, he happily submitted to the bullying of the mob in Algiers on the sixth of February. Unwilling to stand up to colon pressure, Mollet dropped his nomination of a moderate Governor General and, instead, sent Robert Lacoste to Algeria. Lacoste was a notorious Algerian diehard, fully in sympathy with such types as Alain de Sérigny (the fascist publisher of Echo d’Alger) and the colonels of the colonial army. Mollet backed Lacoste to the hilt with the added encouragement of Max Lejeune, another “socialist” Algerian diehard. As for Bourgès, he had long been a leader of the hardliners in the Chambre and was responsible for the initial antirebel operations while a member of Mendès-France’s government. He played a crucial part in engineering the overthrow of Mendès when the latter seemed to begin to question the value of the hard line in Algeria.

Both Mollet and Bourgès were convinced that Nasser was supplying arms and money to the FLN through Tunisia. There was some evidence to prove them correct. Unable to make any headway in the struggle against the FLN, with the colonels and their civilian stooges blackmailing the government, with Soustelle screaming for their heads, Mollet and Bourgès planned to reduce the heat by taking a fling at overthrowing Nasser. At the same time they supported Lacoste’s decision to give the colonels full authority to step up their “pacification” program.

Strange as it may seem to Assistant Professor Elwitt, the rather elementary circumstances he details at some length have for the past ten years been familiar to most newspaper readers. If he extends the range of his studies, he will discover that they are irrelevant to the topic I was discussing—namely the link between the Israelis and the French resistance movement. He will also discover that the Algerian revolt broke out in November 1954, while Mendès-France was Prime Minister, and that his initial reaction to it differed in no way from that of most other Frenchmen, including the Communists.

Mollet is no “hero” of mine, although I should not describe him as unprincipled. He belongs to the Jacobin tradition, as do other patriotic Frenchmen. He also happens to be a democrat and as such sympathized with Israel, as did his colleagues. As for the Algerian war, it was of course impossible for the Left to terminate it. For that De Gaulle was needed, much as more recently it has been left to him to spell out a few home truths for the benefit of the Anglo-Canadians in Montreal. I will readily grant Mr. Elwitt that Social-Democrats are not much use at this kind of thing: not because they are too tough, but because they are not tough enough. 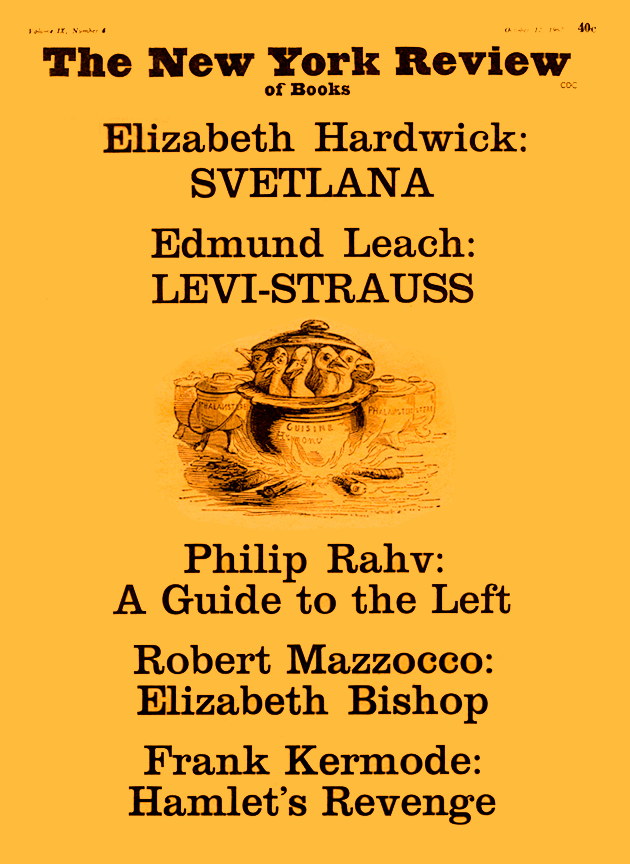 The Mystery of Chico Mendes