Your readers may be interested in the following sketch for a pledge for students at Bronx Science High School:

As students of science, we see our situation and responsibilities at present as follows:

There can be no limitation on science as an exploration of unknown nature. Science is an autonomous value of adventurous humanity. Of course, since there are other autonomous values, the adventure of science may sometimes be tragic, there may be conflict. But we can hope to lessen this conflict if we bear in mind our scientific and ethical responsibilities.

First our scientific responsibilities. It is our tradition that research findings must be made public and replicable. Secrecy is unacceptable.

Science is international. On the whole, all scientists cooperate, though individuals and teams may temporarily compete to be first. But national competition like the Space race is unscientific in spirit. Where massive capital is required, international cooperation like the International Geophysical Year is the right course.

Scientific exploration must be free from excessive direction for non-scientific purposes, especially military power, national glory, and business profits. Crash programs obviously for the general good—e.g. prevention of polio—are acceptable within reasonable limits; but the overwhelming funding for military purposes is unacceptable. In the United States, 86 percent of Federal R & D is under military auspices. Presumably other Great Powers are also out of line. Scientists must resist this nationally and internationally.

Next our ethical responsibilities. Since in the modern era scientific technology has profound and potentially and actually destructive effects on the environment, human scale, the quality of life, and human freedom, scientists have to take responsibility for the technological applications that they make possible:

(a) They must refuse to cooperate with applications that are humanly dubious.

(b) They must evaluate and criticize technological application.

(c) They are responsible to explore the remote effects of technological application.

(d) They must inform the public of their findings in this area.

(e) To make up for past neglect, they must engage in political activity to try to undo the damage that they have cooperated in producing, e.g. in armaments or upsetting the ecology.

All this is against the dominant scientific and technological policies of our society; therefore it inevitably involves sacrifices and withstanding temptations (a) to personal advantages of money, power, and prestige; (b) to ideological convictions; and (c) to short-run scientific advantages gained by using tainted auspices and funding.

Nevertheless, in the interests of science and humanity, in order to revive the reputation of science as a beneficent pursuit and to offset the diabolic image of science that has justifiedly begun to form in people’s minds, we students of science pledge ourselves to keep these things in mind, to try to influence our future choices and actions in accordance with them, and to ask our teachers to cooperate with us in the same effort. 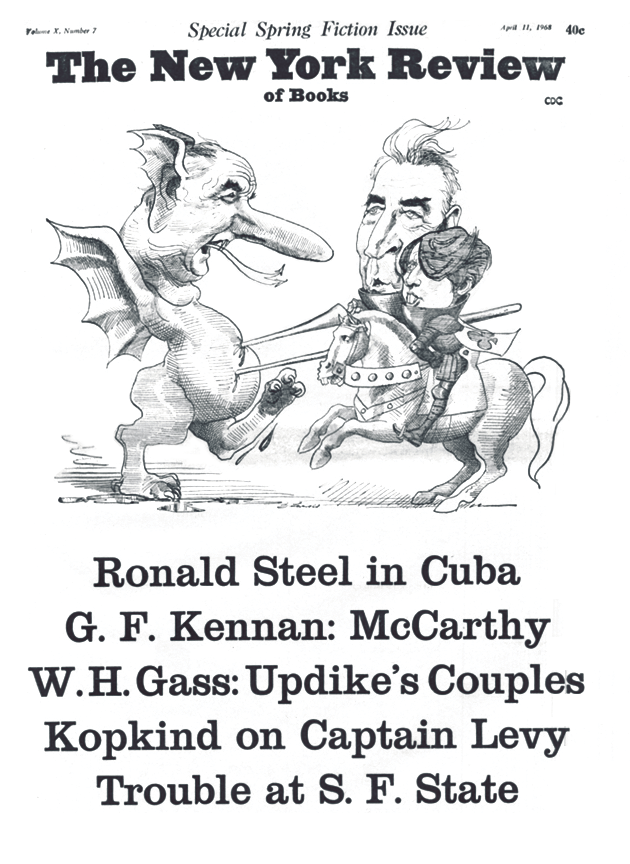 From La Gaya Scienza—Aging and Sick

A Matter of Urgency

From La Gaya Scienza—Aging and Sick

A Matter of Urgency

What Scientists Really Do

How could the public be better educated about the nature of scientific inquiry?

Which Scientist Can You Trust?

Science and the Glory of God

The Science of Jacques Barzun