Fritz Fischer in his Germany’s Aims in the First World War writes as if Germany existed in a power vacuum, or at least was the center of all initiative. It is this political pre-Copernican approach that distinguishes Fischer from a mature historian. That a scholar of the rank of Geoffrey Barraclough should fail to detect Fischer’s limitations is astonishing.

Barraclough approvingly quotes Fischer that Germany had established an “intolerable hegemony” at Brest-Litovsk. Brest-Litovsk can only be regarded as “intolerable” if one accepts the premise that all borderlands from Finland to Ukraine were natural constituents of Russia. That a German “hegemony” was not achieved was already apparent at the signing of the treaty where Germany made concessions to Austria-Hungary. The latter favored a strong Poland (as early as 1916 Pilsudski’s legion had demonstrated the effectiveness of the Poles), the latter a strong Ukraine to check Russia.

Talk about a “philosophy of the Slav Untermensch” is reading history backwards. One test case is Ukraine. There was a genuine community of interest between Ukraine and Germany, to which the historian and former Ukrainian foreign minister, Doroshenko, amply testifies.

It is not surprising that there should be different views of Professor Fischer’s controversial book. Just the same, Professor Peters’s comments surprise me. The charge that Fischer writes “as if Germany existed in a power vacuum” (that is, that he ignores the war aims of the Entente) has frequently been made, and Fischer has no difficulty in refuting it. As for the statement that Germany was “the center of all initiative,” unfortunately (allowing for the exaggeration in Professor Peters’s use of the word all) it was. A post-Copernican approach is in place after 1945; but German policy before 1918—as Dehio and others have shown—was “pre-Copernican.” That was one of its essential characteristics, and Fischer is right to emphasize the fact.

The question of the “borderlands” between Germany and Russia (to use Oscar Halecki’s phrase) is too complicated to discuss in a note. Naturally, I know—and Fischer knows—that there was a certain community of interests between the Ukraine and Germany. There was also a certain community of interests between 1941 and 1945 between Japan and Southeast Asia. The point is that neither the Germans nor the Japanese were prepared to accord the equality which a “community of interests” implies. Therefore, the “community” was not “genuine” (as Professor Peters suggests) but rather a mask for German (and Japanese) hegemony. Reitlinger and Dallin have shown that there were similar possibilities in the Ukraine in and after 1941, and that the Germans botched them in the same way and for the same reasons. If Professor Peters believes that the “philosophy of the Slav Untermensch” began with Hitler, he had better do some more reading—back at any rate to Bruno Bauer, but why not (following Namier) to 1848? 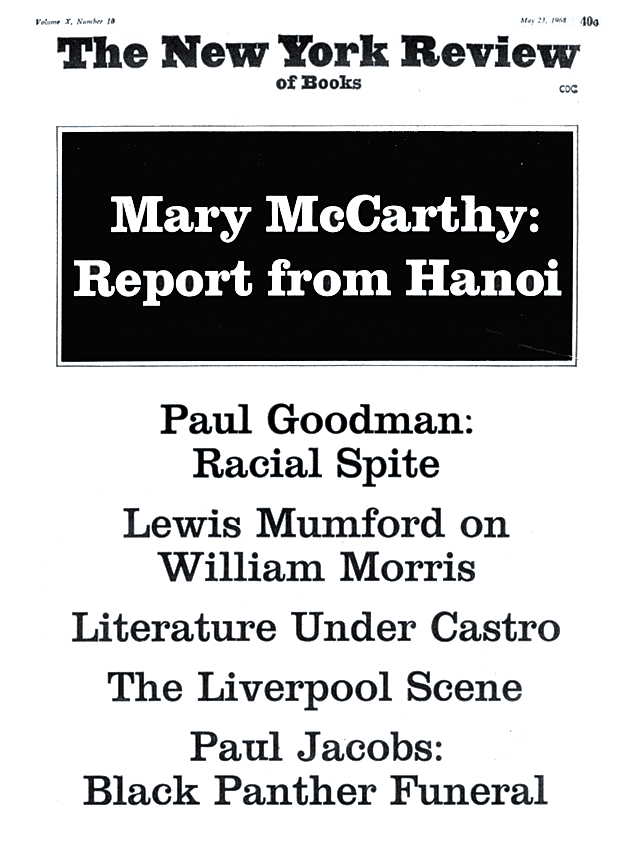 Place in the Sun

Germany: The Mixture as Before

Under an Evil Star

The German Problem: An Exchange

The European Tragedy and How to Resolve It

Germany must choose: lead or leave the euro