There’s a tiny blot in Frank Kermode’s pleasant “Liverpool Scene” (NYR May 23), and since it falls on me I’d like to remove it. Alluding to an article of mine in Partisan Review, he claims that I am “deceived, apparently, by the Beatles” into thinking that a suburb called Penny Lane is “a sort of provincial cockaigne.” Confusions of Life and Art! But I’m afraid the confusion is Kermode’s and not mine. I describe “Penny Lane” as “a beautiful neighborhood song,” which is not at all to say that Penny Lane is a beautiful neighborhood. 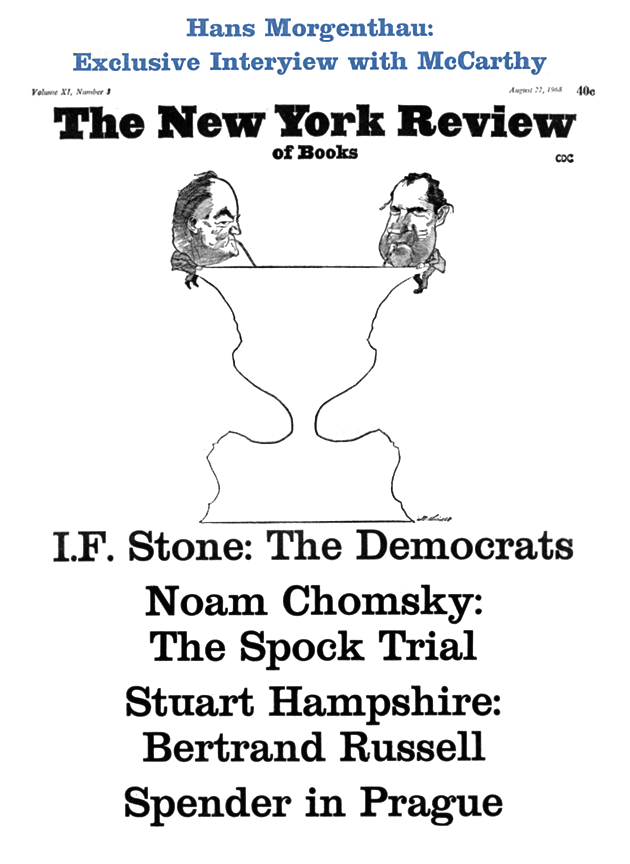 1943: Werner Heisenberg Pays a Visit to Hans Frank in Kraków