by Gerhard Ritter, translated and with an Introduction by Peter Paret
California, 288 pp., $7.50

After the rip-roaring success of her book The Sun King, it was natural that Miss Mitford should have sorted through the European monarchs of the eighteenth century for its successor. There were some ripe characters available, for monarchy forces human character rather as a glass house does tropical fruit. Once a king or a queen, human beings, even the most ordinary, respond in an exaggerated fashion to their personas. It is almost impossible for a monarch, any monarch, to be dull, and certainly impossible if written about by Miss Mitford. With an eagle’s eye (or should it be magpie’s) she seizes on bits of gossip, self-revealing sentences in poems and letters, the dramatic moment, the clash of temperament, and writes them up with an irresistible combination of breathless haste and wit. She knows that with a narrative, as with a Western movie, you must keep it going.

So long as she is dealing with Frederick’s conflict with his father, his attachment to his sister, his ambivalence to his brothers, his indifference to his wife, his complex relations with his literary coterie (especially Voltaire), Miss Mitford is immensely readable. Her novelist’s eye seizes on the absurdities, unconscious self-deceptions of human behavior. And, of course, no bourgeois, she is not mealymouthed. The contrast between her treatment of Frederick’s homosexuality and that of Gerhard Ritter, the German historian who died in 1967, and whose book on Frederick the Great, written during the Thirties, has recently been translated, is very revealing.

For Ritter, who surely must have snapped his eyes shut, Frederick’s sexual tastes were normal, but very limited—hence his rejection of his wife, the rarity of flirtations with females in his youth, and his delight in manly friendships. However, writes Ritter, nothing deviant, nothing at all. Yet Frederick’s relationships with Katte, Keyserling, Rothenburg were all intensely emotional, and certainly to a degree that is quite incompatible with normal sexuality; and he flirted—there is no other word for it—deliberately and ostentatiously with both Algarotti and Voltaire.

But sex, as Miss Mitford rightly sees, was never the driving force in Frederick’s life: ambition, power, an inner, deeply personal, dynamic were. Human relations might have gone deep with him, but they never influenced his course of life. Katte, whom Frederick called his Jonathan, was executed before his eyes. He certainly was tormented by this brutality, haunted by guilt, yet within a fortnight he was said to be “as happy as a chaffinch.” Indeed, a fascinating aspect of Frederick’s character is the honesty as well as the force of his emotional responses. They seem, however, to stop dead at a certain level of his personality as if there was a core that could not be penetrated. And that core was compounded of a deep sense of the tragic condition of man, and the utter transience of human life.

Frederick often wished himself dead. His total indifference to social life, except that of his own very private making; his disregard of pomp and circumstance—indeed he possessed almost a hatred of it; his easy tolerance of vicious caricatures of himself, all have their roots in this inner core: that ultimate loneliness of heart that is both the strength and the curse of those for whom parental relationships have failed in infancy. Frederick had begun to adjust to that separation and loneliness as a child. This does not mean, however, that he was not capable of emotional storms, rage, fury, affection, lust, but they were passing clouds, winds that died out, All too soon, perhaps, they dwindled into insignificance against the enormity of human existence. As he aged, the loneliness and the austerity that went with it dominated his life. Old, but hardworking and relentless, he learned to live with tragedy.

Neither Miss Mitford nor Gerhard Ritter seems to me to grasp the full complexity of Frederick’s strange personality. At the superficial level Miss Mitford is better than Ritter, but he, at least, does grasp more of Frederick’s strength and depth, although he closes his eyes to some of the more complex reasons for it. Nevertheless there are springs of Frederick’s character which he appreciates and Miss Mitford ignores—for example, Frederick’s consuming ambition for his role of King of Prussia; his personal and almost manic identification with the Prussian state, which drove him remorselessly not only to war but also to the complete absorption of his personality in the activities of kingship.

This, of course, gives a depth to Ritter’s book that is wholly lacking in Miss Mitford’s. She is vastly entertaining, providing occasional insights into personality and countless anecdotes, but little else. Once she goes to war with Frederick and plunges into battle she becomes confused and boring. People are her trade; people seen sharply and clearly as on a stage—rarely in depth, and never developing. Her Frederick never ages. Her book is not for historians, not even amateur historians with deep and serious interests in the problems both of men and societies caught in time. Ritter’s book is.

For Frederick and Frederick’s Prussia lie near the heart of one of Europe’s most sensitive historical problems—the rise of an aggressive German state and the subordination of the German aristocracy and middle class to its service. On this theme Ritter’s book is powerful, on many issues convincing, and usually clear-eyed to the dangers inherent in the concept of national destiny overriding all issues. At times he endows Frederick with greater coherence of thought and intention than is possible in any human being, and he finds excuses for actions which in the context of Frederick’s own time were aggressively immoral. Still, Ritter’s book is complex, subtle, and scholarly, and deserves to be read two or three times. And its achievements become even more remarkable when one remembers that it was written during the late Thirties, when Nazi pressure in the universities was at its height.

Ritter, however, although cautious, makes no bones about the immorality of national aggression or the folly of thinking that raison d’état excuses all government action. Nevertheless, his sympathies were obviously aroused by Frederick. He feels that the need to make Prussia a great power made the rape of Silesia and the partition of Poland inevitable. Ritter was, however, too good a historian to read more into Frederick’s Prussia than can be read. He rejects the idea that Frederick had a concept of a greater Germany embracing all its principalities and powers. He stresses time and time again Frederick’s contempt for German literature, the German language, and German culture. He stresses over and over again Frederick’s limited vision: certainly he broke with the ideologies of post-Reformation German kingship, but his administrative innovations were, if anything, less revolutionary than his father’s. And his interest in the future was also extremely limited—largely reduced to anxiety about the capacities of his heir.

There is no aspect of Frederick’s government or wars that Ritter does not analyze with subtlety and usually with conviction. Yet there is an air of special pleading, of oversolemnizing Frederick’s motives and intentions, underestimation of the waywardness and the rashness of Frederick’s decisions both in war, in diplomacy, and in administration, well understood by his brother Henry, who is written off too simply by both authors as jealous. Certainly Frederick was a large and complex character, whose actions helped to mold the direction Germany was to take. I feel that he still awaits a biographer, a historian of more psychological penetration than Ritter and of greater scholarly knowledge than Miss Mitford. Her book is a platter of delicious hors d’oeuvres, bought ready cooked, but Ritter’s book is a solid, satisfying main course. Neither should be swallowed wholesale: there is considerable grit in the hors d’oeuvres and I suspect quite a bit of the main course is rabbit dished up to look like chicken. 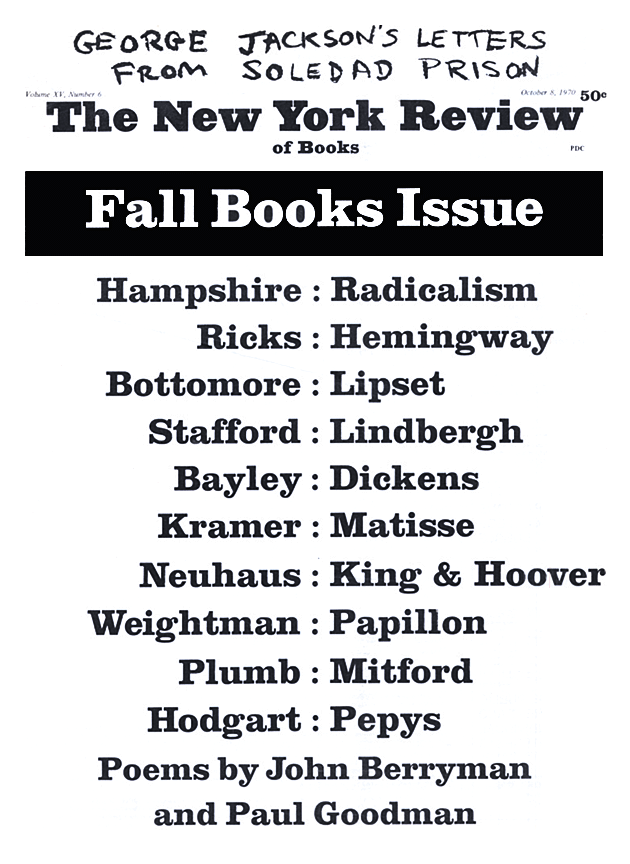 J.H. Plumb (1911–2001) was a British historian. He taught at Cambridge and Columbia. Plumb was elected a Fellow of the British Academy in 1968 and was knighted in 1982. His works include England in the Eighteenth Century, The Making of a Historian,and The American Experience.