Hyperkinetic Children from the October 22, 1970 issue

I have read with interest the debate about “hyperkinetic children” between John Holt and Carlos Carrillo, M.D., in your August 13 and October 22 issues. As Mr. Holt points out, this question is rapidly deteriorating into a political issue. It is essential, therefore, that we examine the existing knowledge about the “hyperkinetic syndrome” as dispassionately as possible.

My colleagues and I have studied over 200 “hyperkinetic” children during the past seven years and I believe that we and other investigators have at least partial answers to some of the questions Mr. Holt raises. He is quite correct in suspecting that the term “hyperkinetic” is a somewhat loose one. Thus, the subjective judgment of the physician, together with that of parents and teachers, may very well influence the diagnosis. His uneasiness about attributing the cause of “hyperkinesis” to brain damage is also well founded. Our own extensive investigations, as well as those of several other researchers, have failed to uncover clear evidence of brain damage in many of our “hyperkinetic” children. On the other hand, we have also failed, in a large number of cases, to find any evidence that would suggest that parents or teachers are to blame for the child’s condition. In fact, many of the parents with whom we work are coping extraordinarily well with children who would drive most of us to distraction. We have, as Mr. Holt advised, spent long hours observing our children in their classrooms and there is no doubt in my mind that the behavior of many of them is sufficiently “abnormal” to tax the patience and ingenuity of even the best teacher.

Mr. Holt was apparently unaware that instruments and techniques have been developed for measuring hyperactivity. We have experimented with some of them including a “stabilimetric cushion” that measures how much the child wiggles in his seat. Although there is evidence that these children are, indeed, unusually active, we have been more impressed by disabilities that we believe to be considerably more serious. We have found that these youngsters are often unable to focus and maintain their attention even when they appear to be motivated to do so. We find, too, that they approach tasks impulsively; they are apparently unable to inhibit themselves from acting until they have had a chance to consider alternative approaches or solutions to problems. As a result, they constantly experience failure. This, together with the strained social relationships which result from their difficult behavior, is likely to produce an unhappy, disturbed child. What can the parents or teacher or physician do to help?

Like Mr. Holt, I am unhappy about administering drugs to children. We have, therefore, concentrated a good deal of our effort on finding ways of helping these children to learn and to bring their impulsive behavior under their own control. We have found that they respond well to constant encouragement and continuous feedback on their progress. Thus far, however, they have shown a discouraging tendency to return to their erratic performance as soon as outside aids are withdrawn or reduced. Thus, we are still trying to find ways to set up learning conditions that will increase the child’s interest and motivation and will also help him gain more control over his own behavior.

Our second approach has been with drugs and here the results with the so-called “activating drugs” or stimulants have led us to believe that they can produce significant improvement on a variety of behavioral and cognitive measures. Perhaps more important, there is evidence that attention improves and impulsivity decreases. Some of our children express considerable relief when they find these changes taking place in themselves. They do not, as Mr. Holt speculated, see the “powerful pill” as evidence that they are bad; they see it, rather, as a way of helping them become more self-controlled and competent. Again, however, there is also evidence to support some of Mr. Holt’s misgivings. The drugs are known to affect sleep and appetite. We have also found that they may affect other physiological measures including heart rate. A few of our children have also, for unexplained reasons, become strangely depressed for short periods while on the drugs. Recently, too, there has been increasing concern in the adult literature that some of these drugs may be addictive. Thus the drugs are, at best, a mixed blessing and should only be used after careful evaluation of the child, his family, and the school situation. It is essential, too, that the physician maintain close contact while the child is receiving medication because there are striking individual differences in the response of children to drugs of this type.

Mr. Holt suggested that tranquilizers should be tried. There is an extensive literature on this subject. Our own work failed to produce positive results and I know of no well-controlled studies that have shown anything approaching the effects on cognitive functioning which have been achieved with the stimulants. Although there is much speculation about why activating drugs should have a paradoxically “slowing” effect on hyperactive children, we still have insufficient knowledge to explain the phenomenon. Just as puzzling, we have no solid evidence about the causes of hyperactivity. Mr. Holt rejects theories hypothesizing subtle brain injury or dysfunction as the cause. He does not mention theories that speculate about inherited differences. He tends to think, rather, in terms of a hostile environment that squelches the child’s natural exuberance and curiosity. He suggests, for example, that the prevalence of the “hyperkinetic” disorder in boys may be due to the fact that female teachers do not cope wisely with “appropriately boyish” behavior. It is equally plausible, however, that, because the male fetus is more vulnerable before and during birth, boys are more likely to have undergone brain injury. Or, if we prefer a genetic theory, we could argue that “hyperkinesis” may be a sex-linked or sex-influenced disorder. The fact is that we simply don’t know.

Until solid evidence is available on all of these questions we can only trust that physicians and educators will approach the problems of “hyperkinetic” children with patience and caution. It would be nothing short of criminal to use drugs indiscriminately whenever a child becomes a behavior problem in the classroom. This is just as true for the middle-class child as for the child in the ghetto. It would, however, be equally irresponsible to deny carefully selected children a well-controlled trial on these drugs because this form of treatment has become associated with what Mr. Holt calls “the politics of hyperactivity.” 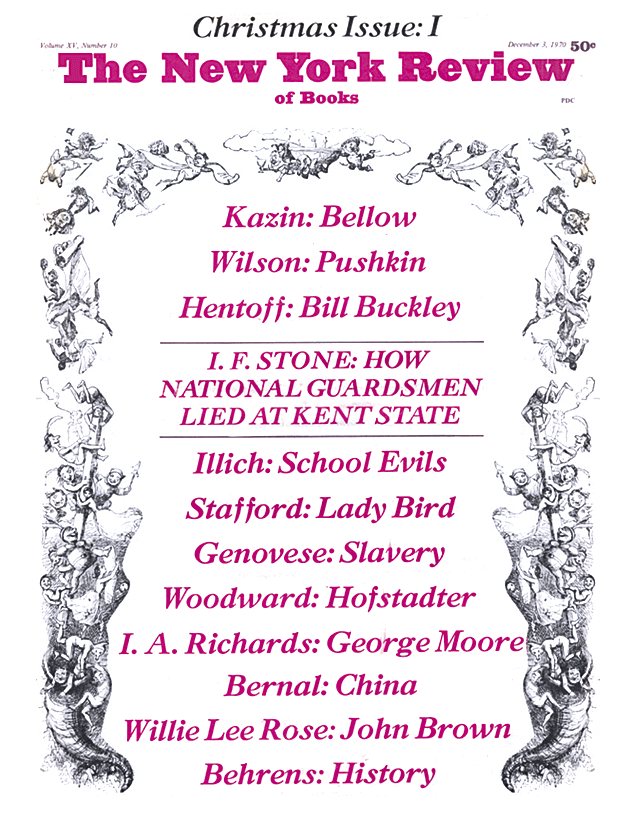 What Rights Should Children Have?

Not Just for Children