The Left, especially the young Left, has gone through severe trials in the last few years. Much but not all of it has collapsed into quiet despair, or worse, into acts of nihilism. Among the groups that have continued to engage in militant and often highly imaginative resistance to the system has been the National Caucus of Labor Committees. The Philadelphia police have brought charges against two of the NC-LC leaders, Steve Fraser and Richard Borgmann, for conspiracy and possession of explosives—that is, they are accused of doing the very things they have fought so valiantly to keep the Left from doing.

Having examined evidence concerning these accusations we are convinced they are false. The political police know their enemies—at least sometimes. They understand quite well the importance of smashing precisely those sane, responsibly militant groups which reach out to the working class and which cannot be expected to discredit themselves by the kind of terrorism of which they now stand accused by police agents.

We are not members of NC-LC, nor do we have any interest in evaluating its particular “line” at this time. That is not the point. We have seen these exemplary young socialists under heavy fire and know them to be among the coolest and most principled men and women active in the Movement today.

We have heard Comrade Fraser speak at the University of Rochester and we have checked his story so far as possible. We have no reason to doubt the truth of his version and every reason to fear that he will be railroaded to prison. We urge financial support to the defense committee and a major effort to expose the frame-up to withering publicity. In particular, we think that these young men are their own best testimonial and that they ought to be invited to present their case on as many campuses and in as many communities as possible. They must not be permitted to go to prison for a crime they have struggled so hard to prevent others from committing and of which they are demonstrably innocent. And without regard to factional criticisms or preferences, their organization must be permitted to continue its fight for a movement based on reason and principle.

On the basis of evidence presented to me by the Fraser-Borgmann Defense Committee, I support and publicly call for the early formation of an independent National Commission of Inquiry to hear and judge evidence of police frame-up in the pending Philadelphia conspiracy trial of Steve Fraser and Richard Borgmann.

Present signers of the Call for a National Commission of Inquiry. 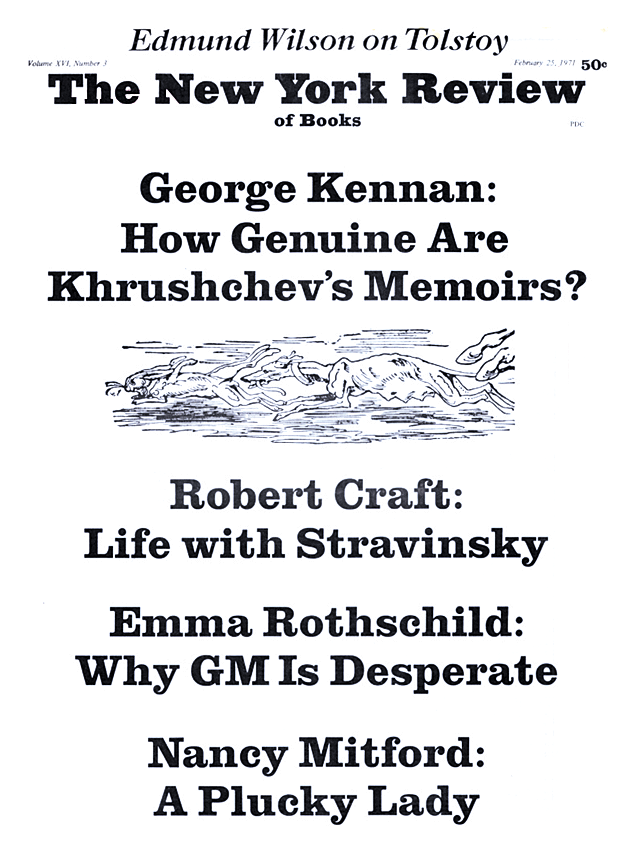 Whistling in the Pentagon

As a democracy, we are on an unusual and risky path.

A New Philosophy of Defense