Schooling: The Ritual of Progress from the December 3, 1970 issue

Ivan Illich and I have talked so much about so many things that I cannot be sure what I may have said [NYR, December 3], but what I think I said is that some of the leaders of the campus rebellion at Berkeley would have liked to be professors in a university, were it only a university they could admire and trust. I do not think that any of them are yet on the faculties of Berkeley, though one is again a student there. I apologize to Ivan and readers of the Review for the degree to which my words have been misleading.

I apologize to John Holt for misquotation of something which I was sure I heard him say and repeat. 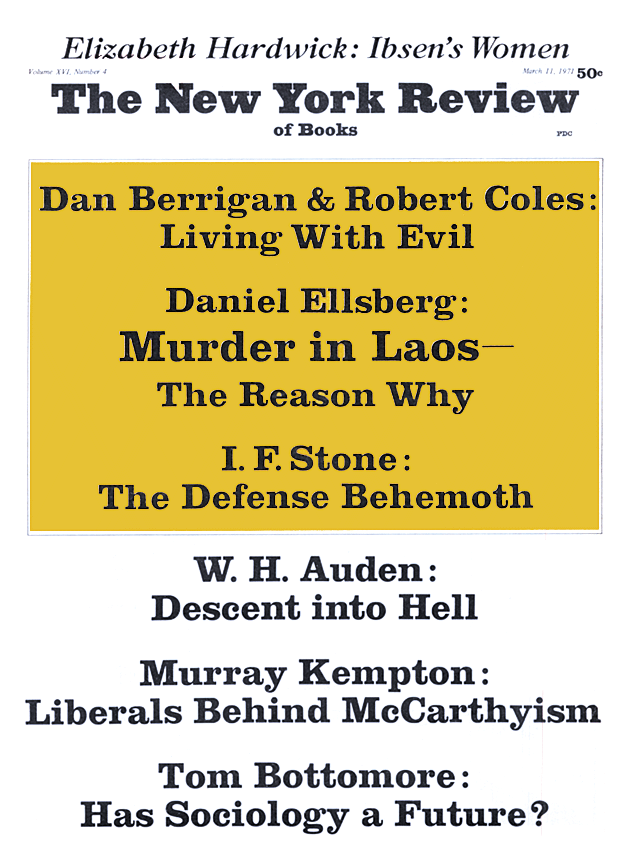