Czeslaw Milosz is a poet who has been run over twice, in fairly rapid succession, by the steamroller of state. Born in Lithuania in 1911, he wrote for Polish underground publications during the Nazi occupation. After a brief postwar career in the new Polish government’s diplomatic service, he sought asylum in 1951 in Paris, where he wrote his best-known book, The Captive Mind, a study of the effects of communism on authorship. Ten years later he came to America, and now teaches Slavic literatures at the University of California at Berkeley.

Of himself and his epoch Milosz writes,

We were permitted to shriek in the tongue of dwarfs and demons
But pure and generous words were forbidden
Under so stiff a penalty that whoever dared to pronounce one
Considered himself as a lost man.
(“A Task”)

It is not so very different in countries where writers are free to speak exactly what words they choose. The pressures which Milosz refers to can distort a man, but absolute freedom, feather-bedded and pressureless, can distort his speech even more. The “pure and generous words” we hear today are commonly devoted either to a safely irrecoverable past or else to a fashionable image, starving refugee baby or Vietnamese peasant (I know someone who papered his room with blown-up atrocity photographs from Vietnam, for the sake of his art), to whom alas such words will do little good. Theirs is a differently disposed generosity. To people who think of artistic creation as the most “natural” of activities, as natural as breathing and as unthinking, it may be a grim consideration that there is nothing so conducive to the production of major art as having it made hard for you—but a salutary one for as long as our failure of critical nerve (make it easy: anything goes) persists.

Milosz remarked in the preface to his anthology, Post-War Polish Poetry, that the tragic history of Poland had perhaps left the Polish poet “more energetic, better prepared to assume tasks assigned to him by the human condition, than is his Western colleague.” But his argument is less simple than the one I have outlined above. The shrieking of political tyrants in one era leads to the survival of their tongue, “the tongue of dwarfs and demons,” in the writers of the next. And to a condition of insistent cynicism and ultimately an inhumanity if not of actions then of words. Thus Milosz felt it necessary to stress his “distrust of a poetry which indulges in negation and in a sterile anger at the world,” adding a few years later, lest the Penguin edition of his anthology should “help the present tendency to write ironic or sarcastic poetry,” that “irony is an ambivalent and sometimes dangerous weapon, often corroding the hand which wields it.”

Unless they are ideologists, and unless they are low on essential intelligence, poets perhaps inevitably write of the great public events of the world, of matters of state, in a tone which if it isn’t ironic sounds rather like it. Milosz keeps the balance well and honorably between the evil and the good of the world, if at times he seems to be dipping a thumb lightly into the tenderer scale. When people are ready to assume that versified professions of universal compassion and protests against generalized tyranny are in themselves signs of nobility of mind, then they are likely to believe that irony in poetry is a sign of meanness of spirit. Fear of this may account for Milosz’s slightly comic warnings and for the occasional deliberate-sounding paean in his later work:

O sun, o stars, I was saying, holy, holy, holy, is our being
beneath heaven and the day and our endless communion.
(“The Year”)

But this rather noisy yea-saying is brief and not common, and nicely offset in the case cited by the short poem which faces it:

A day so happy.
Fog lifted early, I worked in the garden.
Hummingbirds were stopping over honeysuckle flowers.
There was no thing on earth I wanted to possess.
I knew no one worth my envying him.
Whatever evil I had suffered, I forgot….
(“Gift”)

In fact Milosz’s irony, or sarcasm, can be quite explicit:

The dark blush of anger
the impolite reply
the loathing of foreigners
uphold the State….
(“Three Talks on Civilization”)

But (and the poem in which these lines occur turns out to have quite a light touch) there is no petulant slamming of the door on humankind. Not even in the currently fashionable sphere of pollution and doomsmanship: true, the river is full of oil, chlorine, and methyl compounds, the fish are poisoned in the sea, the rural areas have become “chemical zones” whence insects and birds have been banished. But do we truly regret the tiger and the shark? Other than that moment, the moment when Adam woke in the garden, when the beasts’ fangs were only figurative and the shrike had not yet learned its bad habits,

…other than that moment, what we know of Nature
Does not speak in its favor. Ours is no worse.
So I beg you, no more of those lamentations.
(“Three Talks on Civilization”)

Milosz might find a macabre appeal in recent events in a Cotswold village, where a conservationist campaign was mounted to preserve an ancient elm, and a grandson of the former Prime Minister Asquith squatted in the tree to protect it against the axes of uncultivated villagers (they reckoned it was rotten). It was decided to compromise and prune a few branches in the interests of safety, whereupon the tree dropped a bough on the workman and killed him. Even so, Milosz is a lover of nature, in his way: it is part of his attachment to the earth, in particular to the earth where it meets the sea, though as soon as he catches himself loving nature he quickly shrinks away—

And yet, the earth merits a bit, a tiny bit, of affection.
Not that I take too seriously consolations of nature,
and baroque ornaments, the moon, chubby clouds….
(“Counsels”)

It is not merely such lines as “Building in my mind a permanent polis / for ever deprived of unnecessary bustle” that remind the reader of the early twentieth-century Alexandrian poet C.P. Cavafy, nor the rational but gentle skepticism of “Song of a Citizen” (Warsaw, 1942):

I have seen the fall of States and the perdition of tribes,
the flight of kings and emperors, the power of tyrants.
I can say now, in this hour,
that I—am, while everything ex- pires,
that it is better to be a live dog than a dead lion
as the Scripture says….

with its superficial reminiscence of Cavafy’s “Alexandrian Kings” (“Although they knew of course what it was worth,/What empty words these Kingships”). There is a more general similarity in that the poetry of both is easy to quote from but difficult to describe, since effect and meaning are so much a matter of tone.

There can be no question of force triumphant.
We live in the age of victorious justice.

Do not mention force, or you will be accused
Of upholding fallen doctrines in secret.

He who has power, has it by historical logic.
Respectfully bow to that logic.

Let your lips, proposing a hy- pothesis,
Not know about the hand faking the experiment.

Let your hand, faking the experi- ment,
Not know about the lips proposing a hypothesis.

Learn to predict a fire with unerr- ing precision.
Then burn the house down to fulfill the prediction.
(“Child of Europe”)

That is more bitter than anything in Cavafy: Milosz has lived in times more lacerating. The third stanza, the sentiment if not the language, could come from the Alexandrian poet, but not the following three. Cavafy’s citizens were freer, after all: Nero gets his comeuppance; some innocents suffer, of course, but others observe the workings of “historical logic” with a civilized irony. Cavafy didn’t have to say of a whole generation—though in the poem “In a Great Greek Colony, 200 BC” he says something similar of the reformist mentality—what Milosz says in another section of this impressive sequence:

We, the last who can still draw joy from cynicism.
We, whose cunning is not unlike despair.

A new, humorless generation is now arising,
It takes in deadly earnest all we received with laughter.

Some poems here I must admit to finding intransigently obscure—though the sense one gets that meaning wants to break through suggests that the deficiency may be mine—and at times, in their English form at any rate, there seem to be more words than the poem can accommodate with ease, a spelling-out which slows up more noticeably than it clarifies. But it is rare for Milosz to be portentous or solemn. Neither is he wittingly or unwittingly. “confessional”: a mode of mixing the public and the private whereby, though the result may be distasteful, no one cares to express a dislike for it in public. Frequently—something I have forgotten to mention—Milosz is extremely amusing: an epithet not to be used dismissively, or even lightly. He has one great advantage, at least poetically speaking, and one great quality: his wounds are not self-inflicted ones, and he does not wear them on his sleeve. 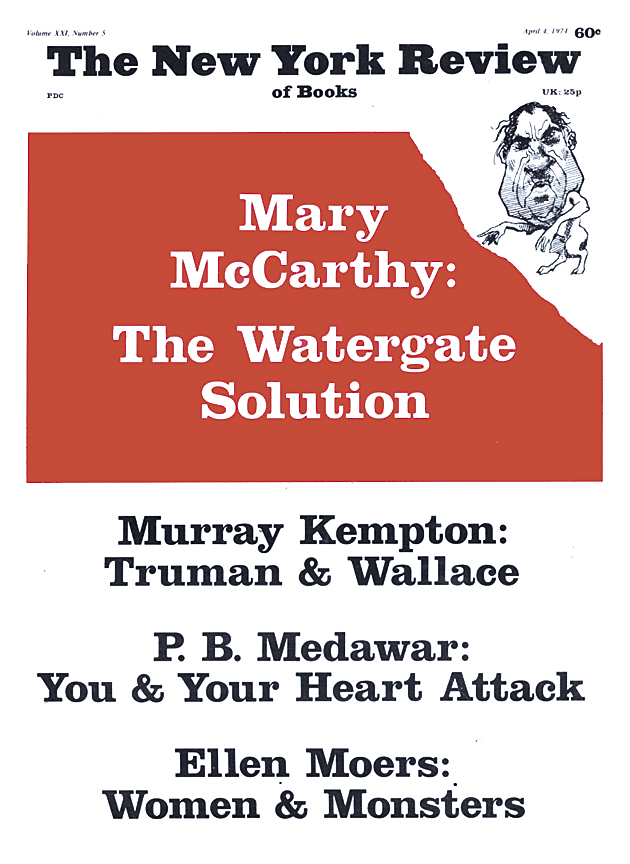 D.J. Enright (1920–2002) was a British poet, novelist and critic. He held teaching positions in Egypt, Japan, Thailand, Singapore and the United Kingdom. In 1981 Enright was awarded the Queen’s Gold Medal for Poetry.