In early August it was reported that the writer Vladimir Rafailovich Maramzin was arrested in Leningrad by KGB agents. Maramzin’s name is certainly less known to the general public than Solzhenitsyn’s. Perhaps this arrest will disclose to the reader that there is yet another writer in Russia. To put it in plain language, Russia is that country where the name of a writer appears not on the cover of his book, but on the door of his prison cell.

I am writing this not only because I consider Vladimir Maramzin the most outstanding Russian prose writer of the postwar generation, nor simply because I am privileged to be his friend. I am writing above all because, as could be predicted from his open declaration [NYR, July 18], he is under pressure for compiling five volumes of my writings and sending them to the West for safekeeping. The author of a foreword to this collection, Mikhail Heifetz, a journalist, has for some time been detained for investigation, under the threat of a seven-year prison term. The writer of a commentary to this introduction, Efim Etkind, a professor at the Herzen Pedagogical Institute and author of numerous studies on the theory of translation, as well as on French poetry, has been expelled from the Writers’ Union, fired from his job, and stripped of his academic degrees.

In connection with these events I would like to say a few words, and they may sound strange.

Leningrad, the city where I was born and lived for thirty-two years, until my expulsion on June 4, 1972, is known in the Soviet Union as “the cradle of the Revolution.” As such, it claims a somewhat special status, only nominally subordinating itself to the federal government in Moscow. It is as a separate state, with its own government, its own laws, its own secret police. Like Caesar’s wife, the Leningrad branch of the KGB is above suspicion and hardly subject to control. In the course of the past decade I have had the opportunity of being a regular object in its varied exercises. As with provincial organs of state anywhere in the world, its agents are indolent and tend to perform their given tasks with the least expenditure of energy. And the task currently given to local organs by the central headquarters in Moscow is the intensification of the ideological and administrative struggle with so-called nonconformists (inakomysl ‘ashchie). Thus, in Maramzin’s arrest, so as not to burden itself with the creation of new cases and yet to demonstrate to the Moscow authorities that it is indeed at work, the Leningrad KGB has turned to whipping a dead horse. It is, after all, some two years now that I have been in the United States.

Whatever opinion I might have of my poems, I doubt that even a five-volume anthology of them, never intended for publication (and without even a possibility of publication) could constitute the slightest threat to the Soviet government. I am certain that the KGB agents themselves share this attitude. However, the Soviet government, in contrast to traditional police states, occupies itself not with the suppression of its political opponents but with the spiritual castration of its 250 million citizenry. Thus literature and everything related to it, even posthumously, becomes the main target of the KGB’s domestic activity. For more than half a century Russian writers have been killed, exiled, put in prisons or mental institutions. In this light what is now happening in Leningrad no longer merely intrigues as a paradox of police action. It instills horror.

What is frightening in the case of Maramzin is precisely that he is a writer. In no sense is he a dissident. (The word “dissident” is itself a deluding word, by its etymology as if calling for negative reaction on the part of the government.) As with every true writer, his primary concern has been use of the language and feeding of his family, rather than dealings with governmental authorities. These he simply ignored. But in Russia this is not easy to do. The government treats its subjects either as enemies or as slaves, and all the more so when they are writers.

I appeal to everyone who holds a pen in his hand to step forth in defense of Vladimir Maramzin. For literature, whether it be Russian, English, French, Italian, German, or any other, is the spiritual property of all, and no one can be allowed to lay hands on it. When speaking of all those who hold a pen, I appeal not only to writers but to readers as well. For the imprisoning of a writer is the same as the burning of a book. 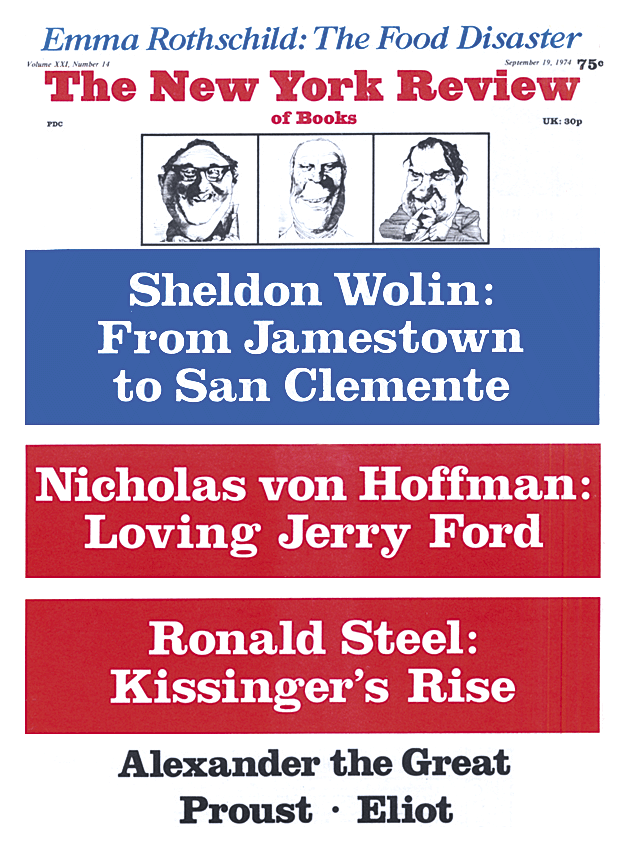 A Declaration By Vladimir Maramzin