“Who can refute a sneer?” asks the theologian William Paley. Of course no one can. Nor shall I attempt refutation of the prolonged sneer which David Jackson calls “Gifts to Greeks” (NYR, June 10). Instead, by citing three examples of chilling ignorance, one historical, one cultural, and one linguistic, I shall try to put my fellow Americans on guard against anything Jackson says.

First. Samuel Howe did not arrive in Greece after the revolution; Jackson himself dates the end of the struggle to 1827, while Howe arrived in 1824, with three strenuous years still to go. Second. No one who has seen the Karaghiozis plays (commedia delle tenebre, if not dell’arte) can possibly accuse the Greeks of only recently acquiring a sense of humor about themselves. Few better examples of Selbstironie can be found. Third. With a linguistic acumen worthy of Mark Twain’s Jim (if a Frenchman is a man, why don’t he talk like a man?) Jackson attributes the lack of a Howe or Harrington Street to the Greeks’ difficulty with H. But there is a Sam Howe Street in Athens, and a Hill Street, and a Hayden Street! Even a Harrington Street, though there, as the linguists would say, chi is replaced by zero.

What causes a man to write such tripe? Has he fallen victim to the wiles of the Turkish propaganda machine, which is emulating its fellow-Muslim Arabs by trying to undermine American friendship for Greece as they have for Israel? Or is he another sad example of the Anglo-Americans who suffer from a painful attraction-repulsion complex when dealing with things Hellenic? It scarcely matters which, so long as one does not take David Jackson seriously.

Mr. Levy has neither read my review carefully nor paused to consider his syntax. However, let’s take up his points. I have not found in Daravinga’s comprehensive Street Guide to Athens, or in my eighteen years’ residence in that city, any Hastings or Howe Street, Square, or Boulevard. It is impossible to make out what is meant by “turning chi to zero.” Now that the classical aspirate before vowels is no longer sounded, the common practice is to represent our letter H by the Greek letter X, pronounced “chi.”

I suspect from Mr. Levy’s use of the letterhead from the American School of Classical Studies and the phrses “things Hellenic”—as opposed to “things demotic” (one could describe the Hellene as the Classicist and Europeanized Greek; the Demotic as the world of the vast majority of Greeks)—that he is out of touch with the Greece I know. For example, the shadow plays of Karagiozi. The name is originally Turkish, as is that other popular Greek delight, mousaka. This theater, possibly brought by Alexander from India, has a Punch and Judy humor that celebrates the cunning of its audience; but never (and this was my point about the commedia dell’arte) arrives at that level of humor personified by the melancholy and introspective figure of Pierrot—so needed to offset Harlequin’s brash opportunism. I am sorry if I implied that Dr. Howe first visited Greece after the war. I ought to have said “returned” after the war, only then bringing those American funds which, if brought earlier, he knew would have disappeared into the pockets of various indigenous adventurers.

Not for a moment am I sneering at Greece. I agree that Greece needs all the love it can get. Mr. Levy does not demonstrate his love for Greece by playing on the Greeks’ inflamed feelings and trying to marry these to confused political ideas of the moment. 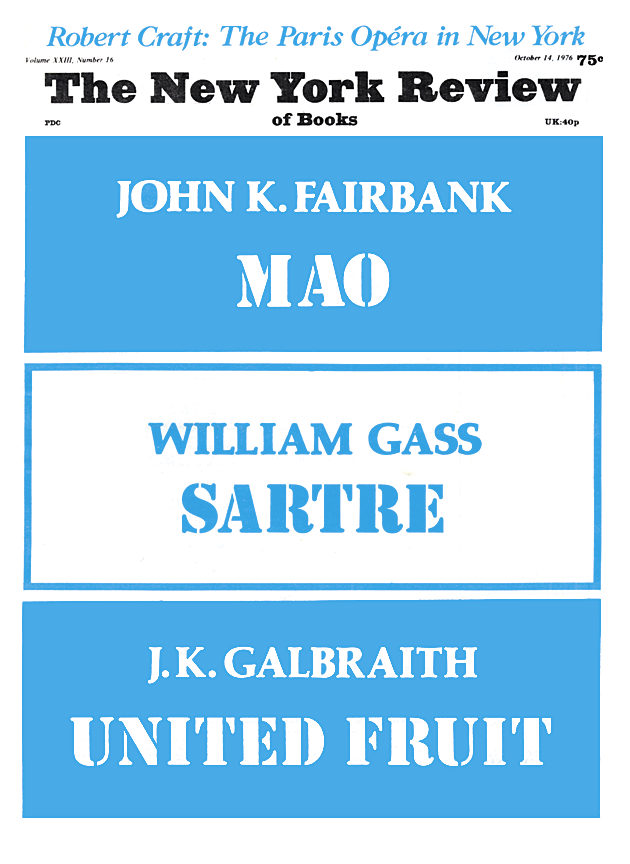 Judging the Age of Jackson: An Exchange

Greece: Tyranny Without a Future

Folly on Royal Street before the Raw Face of God

George Jackson and His Legend

The New J-Lobby for Peace