Professor Irvin Ehrenpreis (NYR, October 28) stresses the comic element in Robert Lowell’s Selected Poems. One comic aspect of this recent collection that Ehrenpreis missed is that not all the poetry published in the volume is original with Robert Lowell. Specifically, the poem the reviewer quotes in its entirely, “Will Not Come Back,” is a good and almost literal translation by Lowell of one of the Spanish language’s most famous and frequently quoted love lyrics (school children memorize it in Spain and Latin America, and an undergraduate Spanish major from an American university who couldn’t identify the poem would be either a surprise or a mediocre student). The poem is “Rima LIII” by Gustavo Adolfo Bécquer (1836-1870), a Sevillian post-Romantic writer whose lyric verse was published in book form as Rimas a year after his death.* Because Lowell’s volume places “Will Not Come Back” at the end of a section called “Nineteen Thirties,” I selected an English translation of the Bécquer poem from 1924 for comparison with Lowell’s version (the following is from The Infinite Passion, translated by Young Allison, Chicago: Walter M. Hill, 1924):

Dusky swallows again will come
Upon thy balcony their nests to swing,
And tap their wings upon thy window- panes
In playful fluttering;

But those which slackened in their flight,
Thy beauty and my fortune their con- cern;
Those which even came to know our names…
Those…will ne’er return!

Twining honeysuckle will come
Again thy garden wall to clamber o’er,
And spread again upon the air its blossoms,
Fairer than all before;

But those, bediamonded with dew,
Whose drops we two were wont to watch aquiver
And fall, as they were tears of limpid morning…
Those…will come back never!

Burning words of love will come
Again full oft within thine ears to sound;
Perchance thy heart will even be aroused
From its sleep profound;

But mute and prostrate and absorbed,
As God is worshipped in His holy fane,
As I have loved thee…undeceive thyself:
Thou wilt not be thus loved again!

Clearly the Lowell version of “Rima LIII” shows the hand of a translator who is also a good poet; it is much better than the earlier translation. And he has modified the softness of Bécquer’s first image, preferring instead the harshness of “Dark swallows will doubtless come back killing / the injudicious nightflies with a clack of the beak.” Lowell’s version, on page 192 of Selected Poems, carries a bracketed subtitle, the word “Volveran [sic],” that contradicts the English title (it means “will come back”), but his translation makes no attempt to imitate the metric pattern or the rhythmic stresses of the original. He does reproduce Bécquer’s imagery, language, and internal structure.

One cannot expect, perhaps, that Ehrenpreis, a professor of English literature, be familiar with nineteenth-century Spanish poetry. But Robert Lowell’s failure to identify “Will Not Come Back” as not his own work but a translation, leaves a very bad taste in the mouth. Lowell’s lapse has made Ehrenpreis look slightly foolish in his attempt to relate the imagery of the Bécquer poem to Lowell’s other poetry. He calls this poem, in fact, “one of the simplest poems Lowell ever wrote,” and links it to the poet’s life experiences and to Lowell’s Benito Cereno. The reviewer deserved better treatment from the poet/translator.

Certainly we might look to Robert Lowell for a greater degree of artistic integrity and a bit less condescension (did he think none of us would recognize the original?). Or is he working from a strange definition of translation-as-creation that does not give credit where credit is due?

Department of Spanish and Portuguese

I am grateful to Professor Sullivan for identifying the source of “Will Not Come Back.” When I described the poem as far simpler than Lowell’s usual style, I did not suggest that it was his most characteristic work. The line I drew attention to was not derived from Bécquer and comes close indeed, in its imagery and tone, to the line quoted from Benito Cereno. The connection with the episode in Cuernavaca was made by the poet in Notebook; for in the third American edition “Volveran” appears under the heading “Eight Months Later”—following a summer sequence—while the earlier, Cuernavaca sequence is dated “midwinter” and follows “Christmas and New Year.” I suppose one reason Bécquer’s poem attracted Lowell is that the images were reminiscent of his own: the swallows of “Das ewig Weibliche,” the leaves across the barn window in “Our Twentieth Wedding Anniversary,” are among the many parallels one might cite.

Professor Sullivan’s remarks about Lowell’s integrity trouble me. In my review I drew attention to the poet’s well-known habit of adapting the materials of other authors to his own purposes. Nobody familiar with the humanistic tradition (or merely with the practices of Dryden or Pound) should be puzzled by the phenomenon. Lowell himself, in the “Afterthought” to Notebook, said that the poems in the book often depended on borrowings, and he identified a number of his sources. As for the title “Volveran,” it does not sound like condescension to me but like a reminder for those who might know Bécquer’s poem. “Nunc est bibendum” and “Dames du temps jadis” are other titles with such a purpose.

When Lowell published Imitations, many critics savagely attacked him because he referred the poems to their original authors. The attackers blamed him for representing his versions as faithful translations, even though the poet used the term “imitations,” and declared in his introduction that he had been “reckless with literal meaning.” As Professor Sullivan says, Lowell has not preserved the versification of Bécquer’s poem. I myself find that though Lowell has kept the images and their sequence, he has also reduced six stanzas to a rough sonnet in which two of the lines are not from the Spanish; he has toughened the tone and touched the poem with irony; and if he had offered it as a translation, he would have opened himself to the old complaints.

I should like to add a note on a quite different part of my review, the comments on “No Hearing (Discovering).” I have it on excellent authority that the poem does not deal with a poet’s daughter. 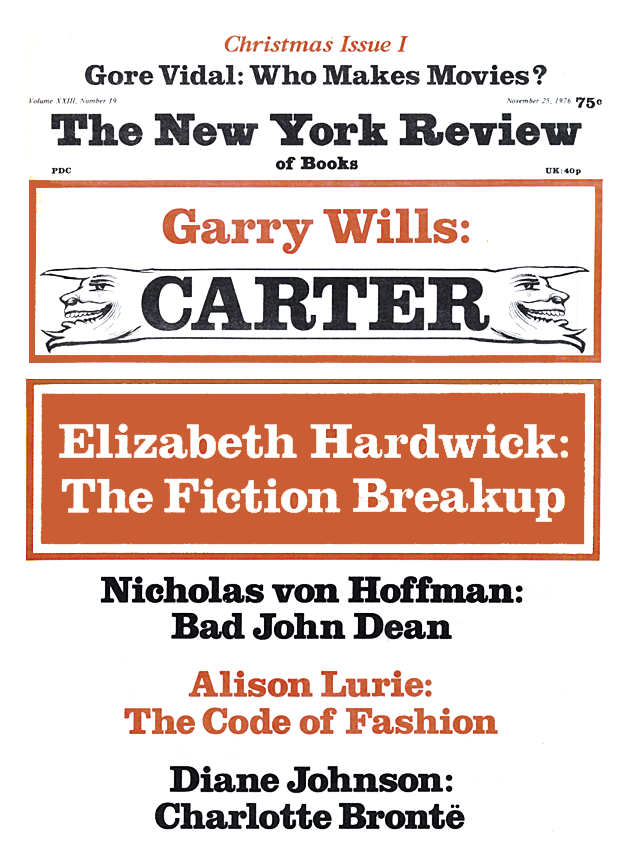 ‘Will Not Come Back’ Returns

Lowell and the Furies

The Beat Goes On