I am writing you not to find fault with Leon Wieseltier’s review (which to a layman was well argued and convincing) of Koestler’s Thirteenth Tribe (NYR, October 28), but to take up his use of the word “Jewry”—a word accorded respect through common usage, even by Jews.

“Jewry” is a clearly anti-Semitic word. I am constantly amazed at the general insensitivity to its real quality. Wieseltier, quoting Bernard Weinryb, repeats the phrase “the bulk of Polish Jewry.” There is no other people on earth referred to in these terms. Why not simply “most Polish Jews”? One would not say “the bulk of Frenchry” or “the bulk of Chinesery.”

The word “Jewry” does not even have in its favor the argument of concision: “most Jews” is two words shorter and neater than “the bulk of Jewry.” Its use by Jews is another example of the persecuted adopting the bad manners of their persecutors.

“Jewry” is indeed “an ancient word for the ghetto”—more precisely, it appears first in the French in the twelfth century (juiverie), and is adapted to English in the thirteenth (Giwerie, gywerie), in both instances as a noun referring to the district in which Jews resided, or to which they were restricted. But though the word arose to connote a social and political distinction that was surely anti-Semitic, the history of its usage appears slightly more complex and less lurid than Mr. Steig implies. Often it was employed neutrally as a geographical designation for Palestine or Judea, and sometimes only to designate the Jewish quarter of a town in which Jews need not have been forcibly sequestered. Examples are many, as the trusty Oxford English Dictionary will show.

“Jewry” also appears as another term for Judaism (the sixteenth-century lexicographer Richard Huloet equates it with iudaismus), and, more generally, to mean “the Jews collectively” (OED). The latter usage is our own, and was mine in the essay on Koestler. I do not think it is particularly anti-Semitic; words have tortuous careers which take them far afield from their original meanings. The present-day currency of “Jewry” is accountable rather in terms of congenial rules of English grammar. The suffix –ery performs many operations, only one of which is to denote place, location, or distribution. It can also abstractly denote an activity—thievery, raillery, etc.—when attached to a verb. More pertinently, it may specify a class or category—machinery, scenery, etc.—by generalizing or extending a singular noun. “Jewry,” taken in this case, would mean the class or category of Jews, or things Jewish. This makes good grammatical sense to me—which “Frenchery” does not, because “French” is an adjective and fits the suffix only clumsily. (But fit it sometimes did: the OED cites Thomas Nashe and H.N. Coleridge as rare instances in which “Frenchery” was used to mean French fashions or characteristics.) “Jew,” on the other hand, is a noun, and is thus amenable to the construction.

Still, grammatical considerations aside, I cannot agree with Mr. Steig that the word should be summarily discarded because of its benighted origins, or that a Jew who employs it is guilty unknowingly of a kind of semantic self-hatred. Many Jewish surnames—my own too, I presume—are also of anti-Semitic origin, foisted upon Jews for purposes of identification and embarrassment. Would Mr. Steig want to discard them as well? To my mind, however, such names, and such words as “Jewry,” have a peculiar dignity about them; they are terse shorthand for the description of difficult experience which was formative of Jewish consciousness. I see no point in laundering Jewish vocabulary as soon as things begin to look up. Mr. Steig may perhaps accuse me of morbidity, but for Jews the boundary between memory and morbidity is anyway frequently crossed. 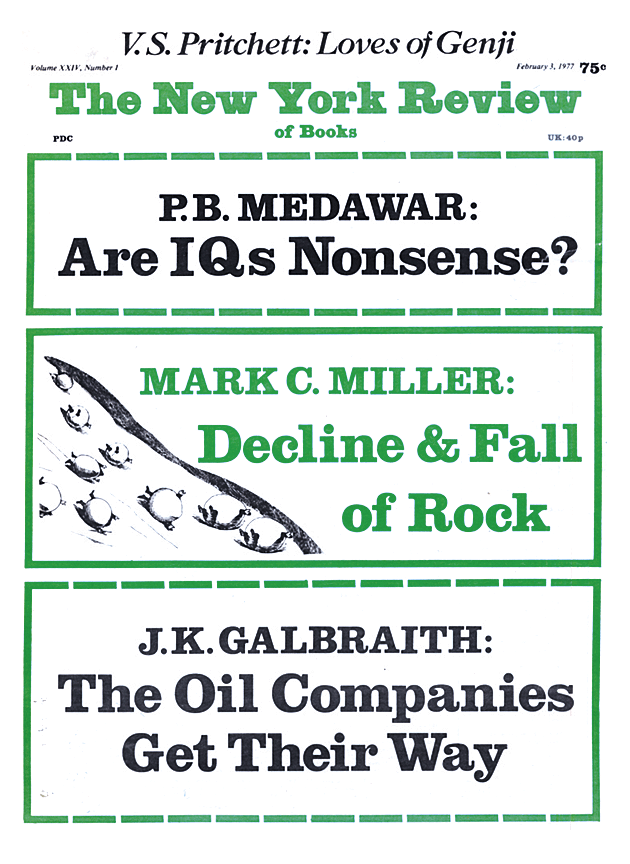 Where Is Israel Going?

‘A Grave Threat to Zionism’: An Exchange

Could the Hungarian Jews Have Survived?