Where All the Flowers Went from the February 3, 1977 issue

Mark Miller’s “review” [NYR, February 3] of recent rock criticism seriously distorts its subject. In Mr. Miller’s eyes, rock music is simply an epiphenomenon of adolescent revolt; the revolt is now over, rock must also be dead. “Rock sounds feeble,” he laments, “without the proud illusion of defiance.” To characterize a movement which resulted in the recovery of, and mass exposure to, a wealth of music from the traditions of rhythm and blues, jazz, and country music, as devoted primarily to fostering the defiant idealism of young middle-class whites is as absurd as describing Joyce’s Portrait of the Artist as a Young Man as a book intended to persuade young Dubliners to leave home.

Rock and roll developed out of the discovery in the Fifties that white teenagers were acquiring an unpredictable taste for rhythm and blues; Charlie Gillett’s The Sound of the City traces this process in detail. Rock and roll has been from the start essentially an enormous cover version of black music. To say that young white rebels listened to it hardly implies that they originated it, or that it lost its soul when they did. What needs to be understood is that rock and roll is, and has always been, a cultural recovery of a past embodied in the folk music of Appalachia, the country blues of the deep South, and the urban blues of New Orleans, Chicago, and New York. While there is ample evidence to prove that “rock was always on its way to selling out,” the best of rock and roll is the product of young musicians, American and English, who apprenticed themselves to the blues. Ed Ward reviews this development in “The Blues Revival,” a chapter of the same Rolling Stone History that Mr. Miller describes as a tombstone. The best rock critics unfailingly attend to what the movement has drawn from and done with the past. Greil Marcus’s extended discussion of the Staggerlee story in Mystery Train, for example, might have caught Mr. Miller’s attention, were he not so obsessed with graveside commentary.

But it is hardly surprising that Mr. Miller neglects such subjects, since he views rock and roll as lacking in intellectual stimulation. It stands to reason that all this music can be tied inside one large bag labelled rock and roll and sent down the garbage chute into the dump of sixties revolt by someone who views it as “a music whose artists and listeners are anti-intellectual and usually stoned.” Even if such a claim were demonstrable, its significance would still require some thought. John Lennon is Mr. Miller’s authority in support of mindlessness, but one wonders how to square the description of rock and roll as “the least cerebral of the arts, and the sleaziest” with the works of Van Morrison or Bob Dylan. Perhaps what Mr. Miller means when he describes this music as anti-intellectual is indicated by his poignant remark that rock is like the “love-making from which it took its name…sweet because fleeting, valuable because short-lived. Like sex, it literally plays itself out.” In the face of this eternal human fact, black musicians have been playing the blues for many, many years; recognizing it has not stopped them from making music any more than it stopped Keats from writing the odes.

I agree with Mr. Miller that rock critics are often prone toward grandiose rhetoric. But one need not adopt a brahmin vocabulary to acknowledge that the rise of rock and roll is an important recrudescence of black musical genius in American culture, or to recognize that, whatever social changes it may foster and/or reflect, this rise has made available to a mass audience a part of this country’s richest musical tradition. Examples of this appropriation of an otherwise buried American past would spring to the mind of anyone for whom the past did not begin in 1956. Furthermore, the recovery continues, as is clear from Ry Cooder’s recently released Chicken Skin Music.

Music, like language, is subject to abuse, misuse, and decay, and rock and roll has certainly contributed its share of schlock. Bobbie Rydell, as Mr. Miller accurately implies, is hardly likely to achieve immortality. But it is the responsibility of critics and reviewers to notice and to understand the work of those artists who make a difference in the history of their medium. A certain period of some adolescents’ lives may have symbolically ended when Jimi Hendrix died, but those who are interested in rock and roll would begin to show signs of health as critics if they attended to the possibilities that Hendrix as a guitar player opened up, and stopped lamenting the end of an era. More books on rock and roll are going to appear, the news of its death having been greatly exaggerated, and I suggest that you find someone suitably qualified to review them.

When huge crowds of young people gathered to hear the Stones or the Beatles or the Who, they were not celebrating the “cultural recovery” of anything. They got together to dance and roar, not to admire our nation’s musical heritage. Rock offered them a savage kind of fun. Unlike folk music or the blues, rock was usually pumped out in thunderous blasts that made coversation or reflection nearly impossible. The very style of the music was therefore “anti-intellectual,” and so, very often, was its message. Bob Dylan has written some obscure lyrics, but this does not mean that he is not anti-intellectual. For instance, he will surely be annoyed to find professors of English insisting that his “works” are “cerebral.”

The savage fun of rock & roll was most intense when the sound and its musicians seemed most outrageous; and it is probably no coincidence that the music itself was most rousing and innovative at the same time. Somehow, the music’s quality depended on the rocker’s image of himself as a noisy outsider. Rock is no longer outrageous, and, in these days of disco monotony, no longer interesting. During the Sixties, the release of a new Stones or Beatles album occasioned much excitement. People still remember what they were doing when they first heard tracks from Sgt. Pepper on the radio. There may have been a lot of dancing and screaming around the Berkeley English Department when Ry Cooder came out with Chicken Skin Music, but the rest of the country remained calm.

Rock is rock. It is not “the folk music of Appalachia” or “the country blues of New Orleans,” nor has its effect ever depended on an antiquarian interest in vanishing musical idioms. It’s easy for an assistant professor to sneer at “adolescent revolt,” but it only demonstrates the professor’s limited understanding of rock’s appeal. Why did the young enjoy a sound that grew from “the folk music of Appalachia, the country blues of the deep south, and the urban blues of New Orleans, Chicago, and New York”? Professor Porter’s pious commemoration of old genres neutralizes their poignancy: the blues and country music expressed the anguish of America’s poor and dispossessed. The first rock fans enjoyed the music of outsiders, the tunes of the persecuted, sympathizing as rebels. Rock amplified the latent threat in the musical traditions of the oppressed. “Young middle class whites” surely had their own good reasons for expressing defiance, even if their discontent does not seem legitimate to students of “cultural recovery.”

As Professor Porter cannot accept the wild, throwaway character of rock & roll, she tries to redeem it with strained literary comparisons. Her thumbnail history of rock’s “traditions” is a similar attempt to make the commotion manageable. One might think that she actually likes the music, but her brahmin vocabulary gives her away: “recrudescence” generally refers to unpleasant conditions, such as a disease. Now that the field of “pop culture” can add a few lines to a “vita,” academics suddenly defend rock & roll, extolling its cerebral nature and historical self-consciousness. Although Professor Porter’s letter does not contain a single accurate paraphrase of my ideas, it corroborates my claim that rock has become respectable and completely joyless. 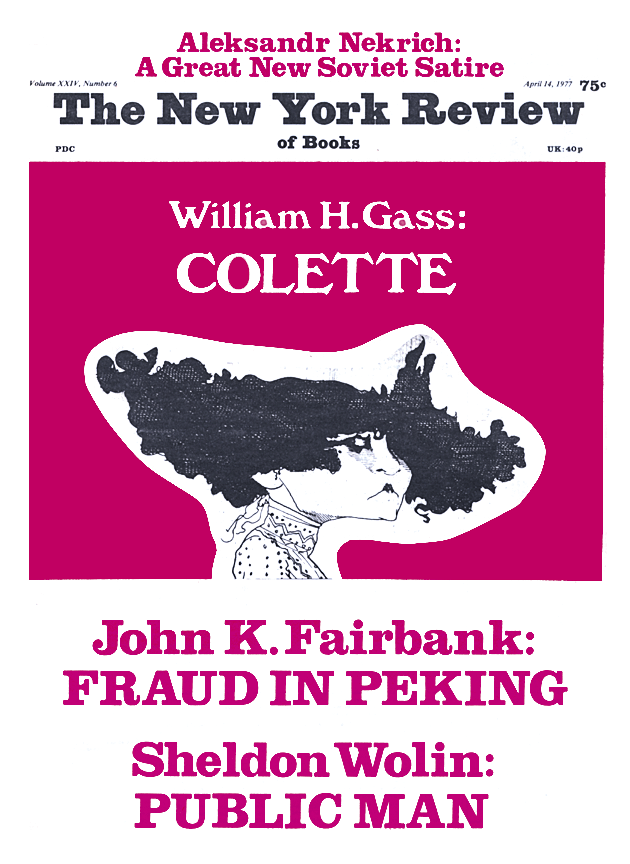 Where All the Flowers Went

The Invention of David Bowie

Rock has often seemed like a huge, anarchic dressing-up party. No one took this further, with more imagination and daring, than David Bowie.