I would like to comment on some of the developments following my article, “South Africa: The Death of Justice,” in the August 4 issue. Contrary to the predictions of most of the observers I talked to in Johannesburg, Breyten Breytenbach was acquitted by the judge on the main charges of terrorism that had been made against him. Mr. Breytenbach has been returned to prison to serve the remainder of the nine-year sentence he was given in 1975. Nine of the twelve black members of the African National Congress charged with terrorism, however, were convicted, and five were given life sentences, probably to be served in the bleak isolation of Robbins Island. Breytenbach’s acquittal received widespread publicity. The ANC convictions and sentences were hardly noticed in the American press. Other trials for terrorism and for violation of the passbook laws continue as the political situation becomes more tense.

South African government officials also disputed my claim that the acquittal of Breytenbach was an attempt to show publicly that justice still exists in South Africa—while the courts meanwhile proceed ruthlessly against, members of the ANC and other blacks in the never-ending trails on political charges and for violations of the passbook system.

The claim that the South African judiciary is not independent is hardly mine alone and requires some discussion. South Africa is the one country in the world in which racial discrimination is not only openly supported by the government but is expressly written into the laws. These facts are generally well known. What is less known is the manner in which and by whom the system of apartheid is enforced.

Supporters of Apartheid have tended to argue that judges have simply been carrying out the law as laid down by Parliament in their traditionally neutral and fair manner. Opponents of Apartheid, on the other hand, have tended to claim that in implementing the laws the judges have leaned unduly in favor of the Executive and abandoned their former impartiality.

The question to be asked is the extent to which judges can be held responsible for carrying out laws which are acknowledged to be vicious and are clearly intended to be discriminatory. Mr. Sachs, after observing many legal proceedings, concluded that instead of conferring on their office the prestige associated with the pursuit of justice, judges have allowed the prestige associated with their office to be used for the pursuit of manifest injustice. He says:

The main criticism which could perhaps be advanced in relation to the conduct of most of the judges is not so much that they help to enforce race discrimination because they are corrupt, cowed or consciously biased, but that they do so willingly; not that they lack courtesy or decorum, but that they use polite and elegant language to lend dignity to laws which impose segregation and harshly penalize radical opponents of a system of government almost universally condemned. Instead of investing their office with the prestige associated with the pursuit of justice, they allow the prestige associated with their office to be used for the pursuit of injustice.

An independent judiciary is one that both functions where the rule of law exists and that can protect human rights. United Nations reports, the International Commission of Jurists, Mr. Sachs, and other scholars have noted that the rule of law has been seriously eroded in South Africa and in many instances does not exist. South African judges rarely protect human rights.

The very existence of the procedures and practices in the Terrorism Act and other repressive legislation undermines the rule of the judiciary and defense attorneys. Under the existing law, South African justices cannot, in many cases, even question laws and the courts cannot get involved in basic issues. For example, recent civil laws passed by the legislature allowing for the eviction of squatters are currently being used to demolish large black housing areas surrounding Capetown. The law does not permit the tens of thousands of black squatters even to have access to the courts.

In criminal cases, severe limitations are placed on both the judiciary and defense counsel so that their ability to protect human rights is severely limited. Their powers to conduct inquiries into the manner in which detainees and witnesses are kept are severely limited.

The South African bar has also, according to the Johannesburg press, felt attacked by my article. There are many courageous and dedicated members of the bar. However, as Professor Barend van Niekirk of the University of Natal noted some years ago,

I have no doubt that the present situation as regards the erosion of liberty and of the rule of law would never have come about if the lawyers of this country had been more vigilant and more outspoken in the defense of the values on which our law is supposed to be based. [Review, International Commission of Jurists, December 1971, p.22]

The acquittal of Breyten Breytenbach is no more than the appearance of justice. What counts is the day-to-day use of the courts and of judges to enforce apartheid and brutality. 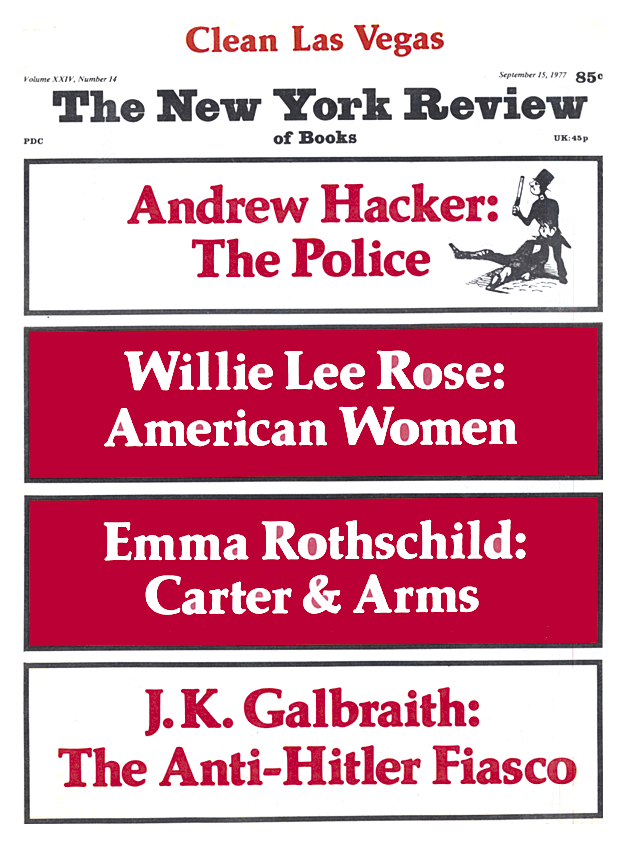 Martin Garbus is an attorney who has represented Andrei Sakharov, Václav Havel, the African National Congress and Nelson Mandela, Amnesty International, and the ACLU in issues involving free speech and human rights. (December 2016)