Your readers may be interested in the following letter which was sent on February 1, 1978, to the Minister of Justice of the Republic of South Africa.

American P.E.N., representing 1500 members, finds the Publications Appeal Board’s decision to ban Eric Bentley’s play “Are You Now or Have You Ever Been” a gross violation of the right to freedom of expression and urges removal of this ban immediately.

We also deplore arbitrary censorship in any form. 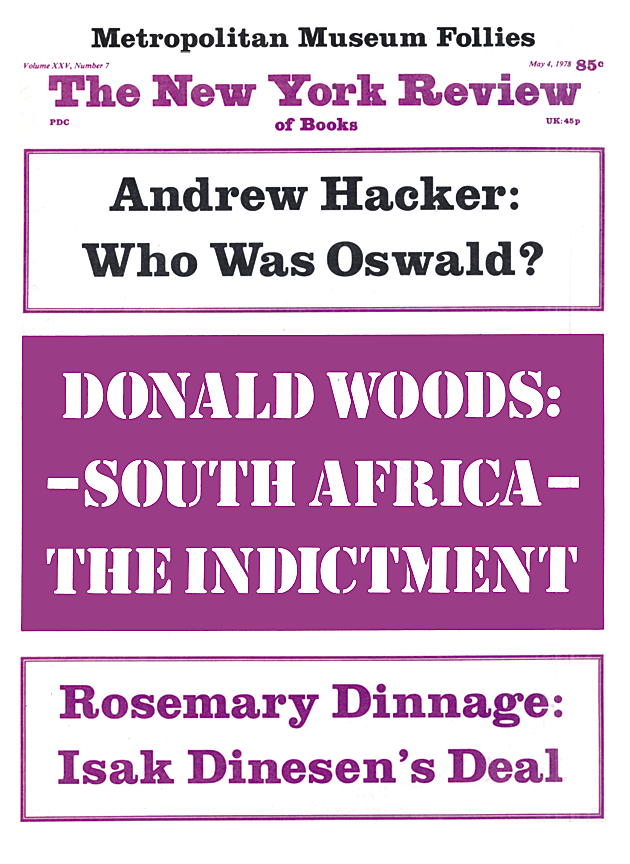 The Play that Dare Not Speak Its Name

The Beauty of a Debacle