We are shown a provincial hardware store of the type every Briton loves. Founded early in the nineteenth century, with nooks and crannies showing “notches, cuts, grooves” in their beams from medieval days, and sprawling through the “lofts and attics, galleries, corridors” of one-time private houses and shops, the store is by now a vast warehouse in which the inquisitive perambulator may find delightful rarities—carriage lamps (for the stage coaches that once halted in the town), a sawyer’s frame, a set of jacks for an open fireplace, “even a deformed packet of the first snuffless candles.” Stained old wooden pigeonholes show amazing collections of “pins or tacks or iron or brass screws and bolts” surrounded by a clutter of “broomsticks,…galvanized iron buckets,…rows of wooden-hafted tools” and more rows of “identical paraffin lamps.” There are many strange objects (apart from the ancient employees in stiff collars) which were once “sold at the rate of perhaps one out of every half a dozen ordered, while the other five rusted.”

All in all, what Britons call “a fine old establishment,” whose total inability to pay its way has been recognized at last by the management. They have decided that a showroom dedicated wholly to plastic flowers, plastic buckets, plastic screens, and plastic trellises might put the old place on its feet again and even win the custom of the younger generation of British blacks and Pakistanis.

This delicious description, which runs to six pages with a minimum of paragraphing, represents the history of dear old England from the Industrial Revolution to the present day. It is about as perfect as perfect can be and shows William Golding at his very best in his new novel. It also serves as part of the background to a horrifying set of characters in whom we can see plainly enough the collapse into decadence that has been the ruin of the old hardware store. They range from a pathetic old pederast who spends most of his life in jail but enjoys, as his sole consolation, the progressive conviction that he “can’t help it,” to a young female whose body refuses to give of its best if she is not poking her partner with a knife, and whose twin sister gets much the same elation out of joining a terrorist group and becoming a killer.

By far the most distressing thing about these characters is that one does not question their existence. They are as much part of everyday life in Britain now as characters whose decadence consists merely in being helpless and effete; this second class of types is also carefully delineated by Mr. Golding—in a village bookseller and a teacher drawn to mysticism he can suggest all those men and women with empty faces, empty lives, and vices which they may have had once but have put down and can’t remember where.

Enter the Evangelist. But only in Mr. Golding’s story. In real life today, as Samuel Beckett told us long ago, the Evangelist never comes, no matter how drearily we wait. Either we don’t want him enough, or he has shrugged us off as past redemption. His place, as a vital spark, is taken by the bomb-thrower, the hijacker, the kidnapper, the terrorist, the murderous ayatollah—to say nothing of the young woman who when she no longer gets what she wants out of using a pen-knife on her lover’s back, lusts after the joys of serious atrocities.

But Mr. Golding has had the nerve to try to create a savior of men. Not someone born of a virgin, or anything old-fashioned like that, but a hideous-looking creature who will look well with the monsters who hold the stage today, Mr. Golding has him born out of fire—a child tottering to safety out of the very heart of the flames of the London blitz, and more or less refabricated by skin surgeons. Even the nicest people find him too disgusting to have around the house: that he should be mad is tolerable, that he makes you throw up is not.

Mr. Golding has given much time and thought to this extraordinary creation whose principal quality, apart from his spectacular dreadfulness, is to do what is right whenever he can. He has learned to read, but the Bible is his only book and the only criterion he knows of right and wrong. What it cannot tell him is why he should exist at all—who he is and what he is for. He can repeat by heart:

23 And Kedesh and Hazor and Ithnan,

24 Ziph, and Talem, and Bealoth

and he knows that “John writeth his revelation to the seven churches of Asia, signified by the seven golden candle-sticks.” But what exactly is he meant to do?

The answer comes—as it so often comes to frustrated evangelists—from a pair of holy spirits who start paying him visits at night. Here, Mr. Golding has used a fine stroke of psychological cunning: the spirits hardly notice the poor creature’s dreadful face, their interest is entirely in the horrible scars of sin that they can see on his “spiritual face.” Only one sin would seem to be involved: the death of a schoolboy whom he attempted to save from the pederasts. For this the spirits have a remedy: absolute obedience on his part to whatever orders they may give him.

It’s said that book reviewers who give away novelists’ plots get scars all over their spiritual faces. So perhaps it is enough to say of the direction the novel takes that the dictation of spirits is not confined to evangelists. The lady with the knife has an “other” self with a fondness for knives; in fact, she only watches while the “other” does the carving. The poor man who can’t keep his hands off little boys has, in effect, an inner man to satisfy—and so it goes for most of Mr. Golding’s active characters. The clash, the grand finale, comes when the terrorist sister and her accomplices, acting in obedience to their conception of social justice, use a hijacked plane in an attempt to abduct the children of rich Arabs from an English boarding school, which they send up in flames. Here Mr. Golding not only makes his novel circle back into the world of fire and flames with which it began but finds a suitable fiery end for his Evangelist, who, by saving a boy’s life at the cost of his own, redeems his earlier sin of having caused a boy to die.

Mr. Golding devotes almost the whole first half of his novel to his Evangelist; the second half has the creepy-crawly job of gradually bringing all the spirits and obediences closer and closer to one another for the big explosion. But the problem that arises from this is, simply: is the first half readable enough to carry the reader on to the second?

Those who say yes must be strong men indeed. Mr. Golding is not an author for feeble people, and the reason for this is not that he is a man of enormous determination but that his way of doing things is crushing to the reader’s spirit. He is a writer who likes to command his subject matter instead of turning it over to his characters. He rarely allows them to act things out on their own; he has to be present, describing their actions and explaining their motives. This technique was noticeable even in his first, famous novel, Lord of the Flies, which was entirely about schoolboys but was told, as it were, by their headmaster.

Mr. Golding’s domination is strengthened, and worsened, by his extreme intensity and his apparent belief in the power of unlimited description. The new novel opens with an ambitious attempt to put the London blitz on paper in exactly the forms it took—the whole gamut of its stupendous noises from snaps and crackles to bangs and crashes; the incredible variety of its shades of color; the astonishing behavior of buildings in different stages of collapse. Surely a technically wiser author would know that Armageddon is beyond description, and that the art must lie in the picking and choosing of a few vivid elements that would speak for the rest—and spur the reader into imagining what has been left unsaid?

Mr. Golding applies the same technique to the maturing of his Evangelist. Page after page of matted description go into the workings of the poor creature’s mind, blitzing the poor reader’s mind in the most pitiless way. What is important is buried completely in what is not; the reader is not so much reading as struggling to follow and to understand. It is a vast relief to reach the relatively open country of the second half and find characters who are walking on their own feet and speaking their own minds.

The interesting lesson of this novel is that the detailed description technique can be made to work very well if there is humor in the subject matter. The long history of the hardware store is invigorating from start to finish because it is one long smile. Other smiles, of a briefer nature, pop up suddenly here and there and give rise to a suspicion that Mr. Golding is not sufficiently obedient to his spirits when he picks up a pen. His seriousness is not to be doubted, but we would also like to see what he keeps up his sleeve. 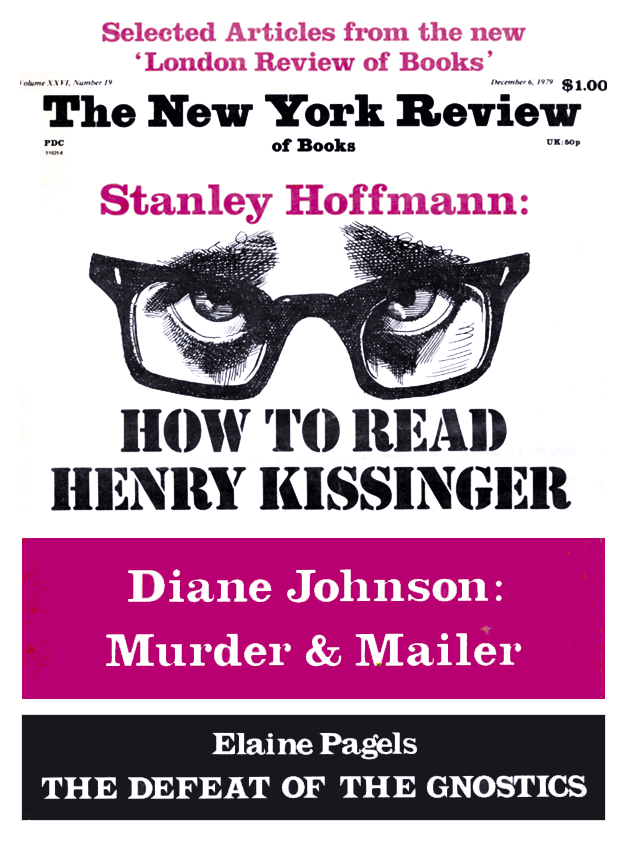 The One That Got Away

The One That Got Away

Nigel Dennis (1912–1989) was an English writer, critic and editor. His books include Boys and Girls Come Out to Play and An Essay on Malta.