My doubts about the Reagan economic program began when I saw that, like other unfortunates before him, Mr. Reagan was bringing his economists to town. Harry Truman, many will recall, yearned for a one-armed economist who could not say, “On the other hand, Mr. President.” Mr. Reagan avoided that problem; his economists are not given to balanced judgments. But he has brought not one but two schools—or shoals—to the city. That was a cause for real pessimism.

Mr. David Stockman has said that supply-side economics was merely a cover for the trickle-down approach to economic policy—what an older and less elegant generation called the horse-and-sparrow theory: If you feed the horse enough oats, some will pass through to the road for the sparrows. Others have referred to it as the Willy Sutton syndrome. Republicans, like the late Mr. Sutton, always go where the money is.

But one should avoid metaphors, especially those involving horses. Let us take supply-side theory at its face value, however modest that may be. It holds that the work habits of the American people are tied irrevocably to their income, though in a curiously perverse way. The poor do not work because they have too much income; the rich do not work because they do not have enough income. You expand and revitalize the economy by giving the poor less, the rich more.

Specifically, the supply-side theory, as I’ve earlier noted, requires you to believe that businessmen and business executives, because of their tax bracket, are now idling away their time—in the forthright language of my Canadian youth, are buggering off. Tax reduction will put them back to work. And they will save and invest the income so released—even in Dallas and Palm Springs. I have a far better view of the American businessman: I judge him to be working very hard now, and I believe him to be decently ensconced in the American dream. Given more money, and with the help of his wife and family, he will spend and enjoy most of it.

Such is one school that Mr. Reagan brought to town. With it came the monetarists. Inflation, we all agree, is the most persistent disorder of the modern economy. The monetarists seek to control inflation by a rigorous control of the money supply. There is no magic or mystery here, as people are frequently told and some believe. You control the money supply by a strict control of bank lending, primarily through high interest rates.

Unlike some of my liberal colleagues, I believe that monetary policy will work against inflation, in its own grim fashion is working now. It is only that in a world of large corporations, strong unions, OPEC, and politically well-wired farm organizations, the restraint on lending must be very stiff, the required level of interest rates very high. The restraint must be great enough, the rates high enough, to force heavy losses on all credit-based or strongly unionized industry: on General Motors, Ford, Chrysler, and International Harvester; on the airlines; on the house builders; on small business generally; and on the several million citizens and noncitizens who lose their jobs. It is this hardship that forces the stabilization of prices and brings the requisite pressure on unions so that wage claims are reduced. Monetary policy works against inflation only as it produces a painful recession.

It helps a little that quite a few public figures attribute the recession so-caused to natural cyclical factors. It is said that the economy, in its autonomous and innocent way, has moved into recession, not that it has been moved into a recession by monetarist policies. This is one of those small changes in the print that can produce a large change in meaning. In his recently published letters, James Thurber muses on what the simple deletion of an “s” can accomplish. It turns “God helps those that help themselves,” the slogan of the present administration, into “God help those that help themselves,” a slogan for which there is some apparent need.

I return to the two schools. The supply-siders seek to expand the economy; the monetarists succeed by contracting it. One school swims upstream with Professor Milton Friedman; the other swims downstream with Professor Arthur Laffer. One cuts taxes to stimulate investment; the other uses murderous levels of interest rates to squelch investment. That you cannot combine economic expansion with economic contraction deserves a place in the small archive of impeccable economic truth.

At the moment the monetarists are having the best of it. And this is leading on to a brand-new doctrine. It is surely one of the curiosities of our time that we have this commitment to untried theory by an avowedly conservative administration. The new doctrine is one to which Murray Weidenbaum, the chairman of the Council of Economic Advisers, along with the president and other members of the administration, has regressed. It is the peristalsis theory of economic policy. It has been much in the news in recent weeks.

The peristalsis theory holds, by analogy to medicine and physiology, that the recession remedy we are now suffering is very bitter medicine indeed. And the effects and side effects will get worse. But in consequence of the suffering, inflation will be extruded—eliminated—from the system. Inflation as a disease is a one-time thing—get it out of the system and it is gone forever. By next summer the economy will be expanding; prices will be stable; Republicans up for reelection will rejoice. It is nonsense. If and when the recession ends, and in the presence of large deficits and the absence of an incomes policy, inflation will resume. If analogy there must be, it is the resemblance of inflation to an organic condition, not—I intend no pun—to a passing ailment.

What should we do? Let us cease to think of economic policy in terms of liberalism or conservatism and retreat to common sense. It is better to pay taxes than to suppress investment with high interest rates. It is better to have a balanced budget than a big deficit that must be financed at those high interest rates with further adverse effect on investment. For as long as inflation persists or threatens, all sensible liberals should be fiscal conservatives. And conservatives even more so.

Let us, however, be very cautious about cutting support for the urban poor; social tranquillity in our cities is good for both Democrats and Republicans and for New York mayors who are both. Let us have direct restraint on incomes and prices in the highly organized sector of the economy. A prices and incomes policy is far better than unemployment and idle plant capacity and the business failures that are now being used to control inflation. The present policy of deliberate punishment for the auto-makers, car dealers, small business, the housing industry, and the so-called “thrifts” is a remarkable manifestation of conservatism. No one can say that Republicans do not bite their own.

Let us stop supposing, as now, that the Pentagon is the only bureaucracy incapable of waste and incompetence. Here again Stockman was right. Let us accept that the arms race drains capital and accomplished manpower from our aging and needful civilian industry. More urgently it threatens life itself; thus the powerful case for arms control. Not even the most passionate ideologue will be able to tell the ashes of capitalism from those of communism, for, among other reasons, he too will be dead. 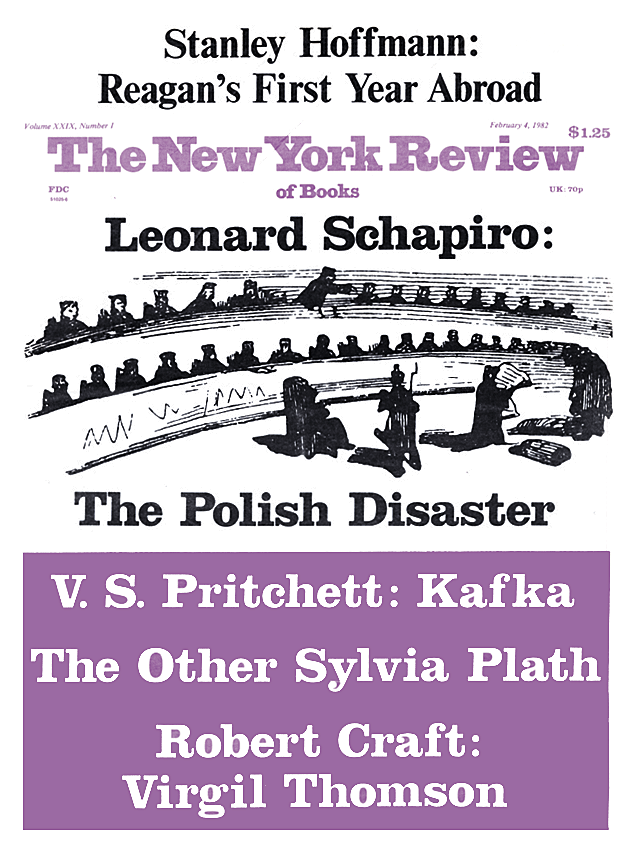 John Kenneth Galbraith (1908–2006) was a Canadian economist and politician. He taught at Princeton and Harvard. His works include The Affluent Society, The Age of Uncertainty and Economics and the Public Purpose. Galbraith’s many honors include the Presidential Medal of Freedom, the Lomonosov Gold Medal, the Order of Canada, and the Padma Vibhushan, India’s second highest civilian award.