Death in the Philippines from the December 17, 1981 issue

Once again Gore Vidal has written with authority about sources he has not read. Perhaps attention to such details as reading the sources one cites is what differentiates the scholar-squirrel from the pseudoscholar. Had Mr. Vidal read my work he might have seen that I am not the militarist he supposes. The two pieces he cites neither defend American policy in the Philippines nor argue that the campaign there was “mild.” Both conclude that great powers are no longer able to intervene militarily without destroying the very people they seek to aid, a lesson that a number of world leaders may never learn. Something Mr. Vidal may never learn is to check his sources or to still his pen on matters about which he knows very little.

There should be no mystery why I am so concerned with the “numbers game” of Philippine death. An error as monumental as that of Mr. Vidal, coming from someone who purports to know something about the subject, should never go without refutation. The exchange of letters has also been very informative. I have learned, for example, that Mr. Vidal quotes from sources that he has never seen and that he does not always cite the actual source of his information. He also draws conclusions from sources he has never read, for his acquaintance with my work seems to be limited to information from the vita I sent to The New York Review. What Mr. Vidal should know, but may not, is that my book Schoolbooks and Krags is a detailed study of American military policy during the Philippine-American war. The Americans in the Philippines were indeed there to acquire a colony, but they were not stupid. They sought a colony complete with population, for they clearly had no intention of doing the heavy manual labor to exploit its riches themselves. To imply that the American conquerors of the Philippines were so foolish as to attempt genocide is to understand neither their objectives nor the campaign of pacification they fought there.

Obviously letters from scholar-squirrels have provided insufficient motivation for Mr. Vidal to learn more about the Philippine campaign before subjecting us further to his poorly supported conclusions. The first step, of course, is for him to find better sources of information than a book on West Point! For the claim of a General Bell (no first name given) that “one-sixth of the natives of Luzon have either been killed or have died of the dengue fever in the last two years,” I refer Mr. Vidal and other interested readers to The New York Times, May 2, 1901, p. 1. Unfortunately, Bell’s casualty estimate is no more valid than Vidal’s preposterous claim that American policy in the Philippines was genocidal.

The College of Wooster

I think that Professor Shalom has nicely answered the disingenuous—to use a tactful word—Professor Gates, whose Schoolbooks and Krags I have now read. In the course of this apologia for our “pacification,” to use his favorite word, of the Philippines, he tells us that “the usual emphasis on brutality and atrocity has turned attention away from a host of benevolent and humane efforts undertaken by individual American soldiers and the military government between 1898 and 1902.” Since the American conquest of the Philippines was a very good thing indeed for the Filipinos, those natives who wanted self-rule under their own president Emillo Aguinaldo were wrong to reject the “host of benevolent and humane efforts” that the United States had in store for them which, atrocities to one side, meant a crash course in English for everyone. Throughout Professor Gate’s apologia, he uses the word “guerrillas” (always emotion-charged—suggestive nowadays of Red Brigades) for those Philippine patriots who did not want to be a colony (his candid word) of the United States.

Here is a sample of Professor Gates’s Real-politik: “After 1900 the American stress on the isolation of the guerrilla and the protection of townspeople from terrorism and intimidation was an important element in the success of pacification operations. The deployment of American troops in strategic garrisons; wide dispersion of American units; increased surveillance of municipalities to detect insurgent agents, terrorists, and supporters; and, when necessary, population reconcentration enabled Filipinos to show their support for the Americans without fear of harm…. Sickness, hunger, decreasing popular support and harassment by the Americans made life in the mountains miserable and provided strong incentives to surrender.”

I suspect that something very like this is now being written about Afghanistan, to be taught to the Soviet equivalent of our Air Force Academy, where Professor Gates peddles this sort of neo-manifest-destiny nonsense. 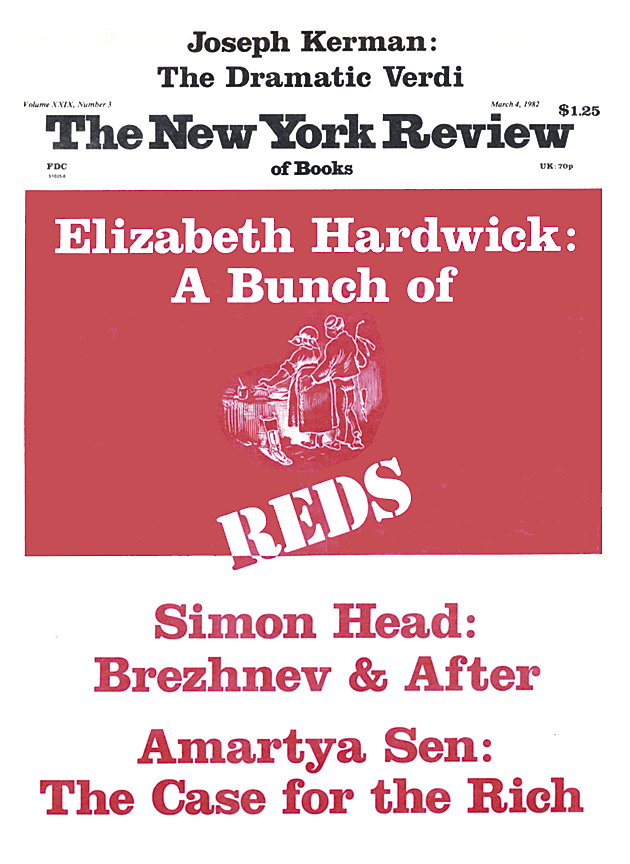 Jean Follain, translated from the French by W.S. Merwin

Death of the Ferret