The Watergate break-in of June, 1972, culminating two years later in the resignation and virtual flight of President Richard Nixon, had the effect of reviving my belief in the framework of our republic, i.e., in the Constitution as a practical political instrument.

In me this brought on like a fierce intoxicant a rare fit of national pride. Naturally this did not last; it stayed no longer than the pardon that so hastily followed on Nixon’s departure, but just the same there had been a victory to be proud of. Nixon’s objective, I believe (insofar as he had one beyond simple self-perpetuation in office), was to dismantle the Constitution, not only its rights and guarantees but its essential tripartite structure. In his view, warmly shared by his associates, as transpired from the Senate Watergate committee hearings, the Constitution was a crazy, rattletrap antique, too simplistic to merit attention from a contemporary mind. And, by a nice reversal, it was the Constitution that undid him, not Washington Post reporters Bob Woodward and Carl Bernstein and their absurd stoolie, “Deep Throat,” but the judiciary and the legislative branches of government rounding on the monstrous, trespassing executive.

The high points of Watergate were the hearings of the Watergate committee—summer 1973—and the hearings of the House Judiciary Committee—summer 1974. They made up a gripping serial story that by some freakish chance was seasonal and, like a nature myth, turned on the phenomenon of rebirth, on the reflowering of national institutions that seemed to have died down but now were coming back every summer, not only in the capital but on TV as a delighted public tuned in.

The characters in that drama-in-installments were mostly unfamiliar except for the villain, whom we had been watching on the box for twenty years, but we came to know them like members of the family or old soap-opera pals. Judge John J. Sirica, Senator Sam Ervin (D-North Carolina), Senator Lowell Weicker (R-Connecticut), Special Prosecutor Archibald Cox—and also the “heavies”—presidential aides H.R. Haldeman and John Ehrlichman, Attorney General John Mitchell—and the uncertain, ambiguous ones that we had to keep an eye peeled for—Senators Howard Baker (R-Tennessee), Herman Talmadge (D-Georgia), Edward Gurney (R-Florida), the penitent White House aide Jeb Magruder. That was the second summer; the first had introduced the actual burglars and their foremen James McCord and Howard Hunt; the third showed minor actors, mere featured players, unknown outside their constituencies: Representative William Cohen (R-Maine); Representative Peter Rodino (D-New Jersey), chairman of the House Judiciary Committee; Representative Barbara Jordan (D-Texas)…. Yet this series, moving steadily toward impeachment, was the most inspiring of all, precisely because it was not the men themselves who achieved stardom but the system of representative government, still alive, still working despite the wisedup sneers of Ehrlichman and his friends.

I thought I saw a lesson here, which was for voters to forget about the presidency—more and more a seesaw between unappealing alternatives, a wavering between grape-nut and butter-pecan. Ignore the presidential level for a few election years; ignore your US senator, go lower and vote for members of the House, state legislators, sheriffs, justices of the peace. Put your campaign contributions in the little races; get active in the wards and precincts, where fresh blood, fresh ideas may be found.

Well, there were signs for a time of a small surge in this direction, possibly Jimmy Carter’s candidacy was a symptom of it. But the surge was too feeble, Carter was too feeble, and so now we have Ronald Reagan. In other words, in 1980 we were choiceless again (Carter, John Anderson, Reagan), as if there had never been a Watergate. Really, was it worth it to throw Nixon out? Where was the point of all the bother unless there was some hope of change and renewal.

But wait! There has been such a hope mentioned recently, by the Far Right, I think. Of course it is not the renewal we meant back in 1974. A return to first principles is not seen now as a reaffirmation of the Constitution and its guarantees of freedom but of fundamentalist religion and its prohibitions. But that was the trail leading out of Watergate blazed by Chuck Colson. It is a chilling thought that he, from his jail cell, understood the message of Watergate better than we fond libertarians. 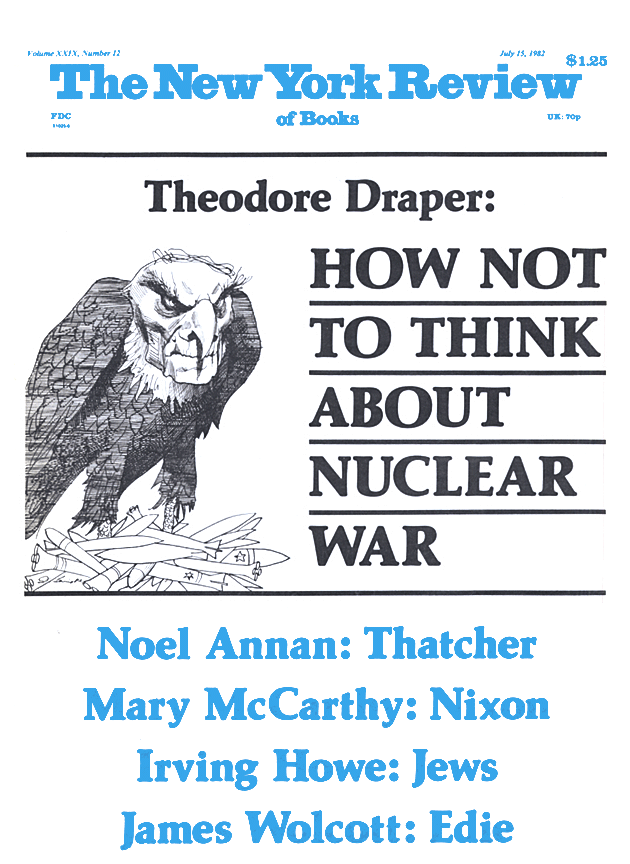 A Memory of James Baldwin

A Memory of James Baldwin