In May 1979 the Czech government arrested eleven leading members of the Committee for the Defense of the Unjustly Prosecuted (vons)—the preeminent human rights group in Czechoslovakia—and charged them with subversion for issuing statements on human rights abuses. On October 23, 1979, the Prague Municipal Court passed sentence on six of these prisoners of conscience: Petr Uhl, an engineer, to five years imprisonment; Vaclav Havel, a playwright, to four-and-a-half years; Dr. Vaclav Benda, a philosopher and mathematician, to four years; Otto Bed-narova and Juri Dienstbier, both journalists, to three years each; and Dana Nemcova, a psychologist, to a two year sentence suspended for five years.

Amnesty International is particularly concerned at the moment with the welfare of Petr Uhl, the most severely punished of the “Prague 11.” Though only 41, his health has seriously deteriorated under the harsh conditions of his prison regime. Ivanka Hyblerova, a VONS member who recently emigrated to France, reports that:

All of Petr Uhl’s visits take place under the close supervision of several members of the prison staff. Prisoners and their visitors are allowed to talk only about “personal” matters; the prisoner must not talk about the situation in the prison or about his friends or conditions in the country. He cannot talk openly about his health problems and he cannot mention any conflicts with the prison administration. He is not allowed to talk about his work either. Nevertheless, it has been possible to find out that Petr Uhl has already been one year and four months in solitary confinement and that he has been working in a closed cell. He files metal objects under artificial light….

Petr’s condition has been progressively deteriorating. He has been suffering for years from chronic bronchitis, he is deaf in one ear, most of his teeth are false and his eyesight has been deteriorating. Anna (his wife) reported from her last visit in May 1982 that Petr has a swollen face and body. He was exhausted and had great difficulty in concentrating during the one hour visit. He looked seriously ill but could not talk about his condition lest the prison staff break up the visit….

We ask your readers who share Amnesty’s concerns about the continuing imprisonment of Petr Uhl to write to the Czech authorities urging his immediate and unconditional release. Letters should stress that Mr. Uhl is a prisoner of conscience and that his imprisonment constitutes a serious violation of his human rights. They should be addressed to: Dr. Gustav Husak, President of the Czechoslovak Socialist Republic, Praha-Hrad, CSSR; JUDr Antonin Kaspar, Minister of Justice of the CSR, Vysehradska 16, Praha 2—Nove Mesto, CSSR; Ing Josef Jung, Minister of the Interior of the CSR, Majahovskeho 21, Praha-Bubenec, CSSR. 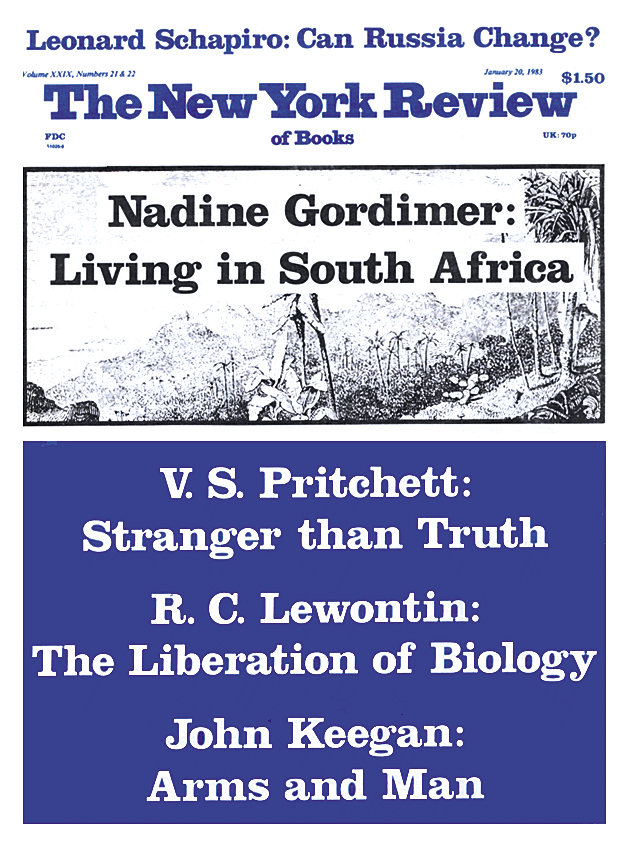