Graham Hughes repeats all the old saws about Wales and assures us that the nation’s illness is terminal. In his eagerness to chronicle its death throes he tells us that the “sprinkling of bombings” in Wales has subsided since the early 1970s. Whether or not we agree with Hughes that such “acts of violence cannot be justified by any supportable claims of oppression,” we should not argue the case by ignoring inconvenient facts. Over the past two years Welsh extremist organizations have been responsible for at least thirteen bombings, and a massive police operation has been launched to uncover the Workers’ Army of the Welsh Republic, WAWR. In Welsh, y wawr means “dawn.” We would all like to think that the dawn will come in Wales without a repetition of that cycle of violence in which so many movements of national liberation become locked, but to ignore the roots of violence, as Graham Hughes does, helps no-one. Today it is not only the general malaise of traditional Welsh culture that is at issue, but, more to the point, the very tangible sufferings which result from the ruthless deindustrialization of a country that was not long ago among the most highly industrialized in the world.

While I shall be very happy if Dr. Morgan turns out to be right I remain less sanguine than he about the future of the Welsh language. Dr. Morgan concedes a “decline in the past hundred years” but does not say that it has been catastrophic, involving the complete anglicization of large areas of Wales that were previously Welsh-speaking and the reduction of the total number of Welsh speakers to less than 500,000. That this decline has “slowed down” in the last decade is only natural since there aren’t that many Welsh speakers left. Furthermore the numbers registered in the census returns are notoriously inflated by national pride, which makes some people reluctant to report to the London government that they don’t speak Welsh.

I do not mean to belittle the heroic efforts of the Welsh language schools and perhaps especially Mudiad Ysgolion Meithrin (the Welsh Nursery School Movement). They may well contribute to preserving a Welsh-speaking rural redoubt for a few generations. Now, as Dr. Morgan notes, S4C (Sianel Pedwar Cymru: Channel Four Wales) has opened up on television but I understand that the “galvanizing” impact that Dr. Morgan anticipates has been mostly manifested in outraged protests from Welsh viewers who are denied access to the new English-language Channel 4.

While I have to confess that I am now a “transatlantic observer” I have spent half my life in Wales and for six years took an active part in Welsh politics and the nationalist movement. I now return to Wales for a few weeks every year which perhaps is about as much as one can manage from Oxford.

Professor Griffiths is not well informed. In the late 1960s a group appeared who called themselves Mudiad Amddiffyn Cymru-MAC (Welsh Defense Movement). They set off a number of bombs before their leader John Jenkins was arrested, tried, and sentenced to ten years in prison. On the eve of the investiture of the Prince of Wales in July 1969, two young MAC members blew themselves up and were killed while laying a bomb in a government office in Abergele. A little later a schoolboy had his hand blown off by a bomb. Professor Griffiths will find references to these events in John Jenkins, Prison Letters; Roy Clews, To Dream of Freedom: The Struggle of MAC and the Free Wales Army; and Ned Thomas, The Welsh Extremist. All of these books are published by Y Lolfa, Talybont, Dyfed, Wales. Interestingly Jenkins does not speak Welsh, nor did either of the two men who were killed.

I agree with Professor Wilks (and Dr. Morgan) that Wales is enduring a special travail from the economic policies of the London government. Professor Wilks is also correct that extensive surveillance and other police operations are regularly conducted with respect to suspected members of Welsh activist groups. I confess I had not heard of Y Wawr, but new groups with grandiose titles are regularly announced and just as regularly fade away. I am sorry, though, that Professor Wilks could possibly read my article as showing “eagerness” to pronounce the death of the Welsh nation. All other countries and languages hold a subordinate position for me to Wales and Welsh but (no matter what Hume said) reason must not be the slave of passion. The greatest Welsh patriot of this century, Saunders Lewis, taught us how to struggle for the language and the nation but also warned us that we may have to face their death and that if this should come we ought to accept it as “the end of a lovely party.” 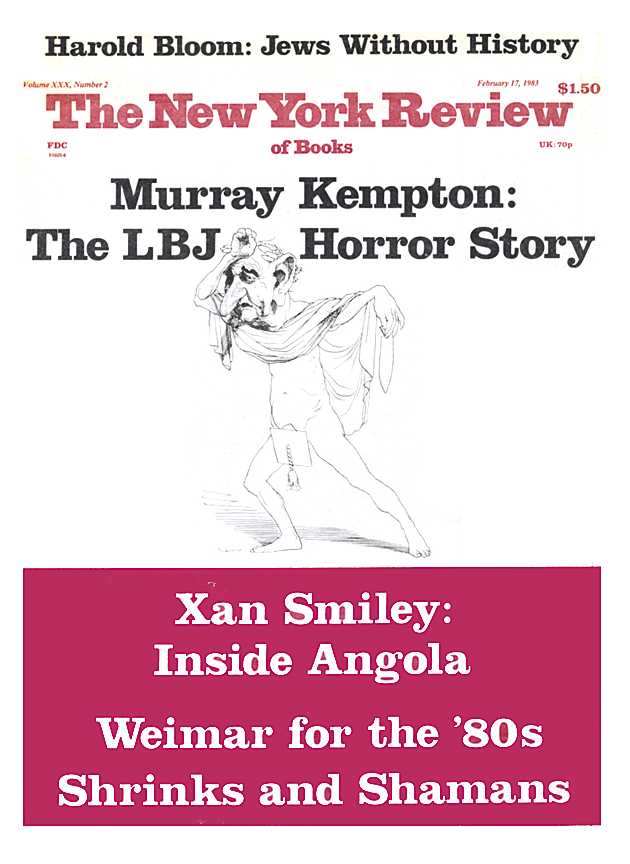 Lines to Dr. Walter Birk on His Retiring from General Practice

A Classic of Anthropology