Sumerian Feminism from the October 13, 1983 issue

If Harold Bloom had not been so predetermined to view the telling of Inanna and her stories as a feminine tract, he might not have made such gross errors of judgment and scholarship in his review of Inanna, Queen of Heaven and Earth [NYR, October 13]. What’s more he might have had the pleasure of perceiving the first recorded stories in history as a much larger and important event than a feminist issue.

Mr. Bloom’s major lack of judgment occurs when he writes, “Most of this book consists of a version of, and commentaries on, the ancient Sumerian poem that describes the descent into hell of the fertility goddess, Inanna.” Although the descent of Inanna into the underworld covers many pages in the book, this section reflects only one aspect of Inanna—Inanna as the mature woman who has been betrayed by her husband and is vindictive. The goal of the book, as my coauthor Samuel Noah Kramer clearly states in The Preface, is to “provide the reader with an authentic portrait of Sumer’s most beloved and revered deity, the goddess Inanna.” In order to present a full portrait of Inanna the book reveals Inanna in her many aspects; Inanna as tender, hopeful girl (“The Huluppu-Tree”). Inanna as venture-some queen (Inanna and the God of Wisdom), Inanna as Wise Counselor, as peaceful Lady of the Evening, as Thundering Storm, as the Joy of Sumer (“The Hymns”). When I suggested in my introduction that a model of a woman was needed, it was not a revengeful woman but a “grand story” of a woman in her many aspects, loving as well as angry, courageous as well as fearful, wise as well as unreasonable. All of these aspects are revealed in Inanna, Queen of Heaven and Earth, but Bloom, by choosing to focus on one section of the book, distorts the meaning of the whole. Moreover, when he derides Inanna for her “caprice and brutality” in cursing her husband, Dumuzi with death, he omits to tell us a most essential detail: at the end of the Descent, Inanna relents and changes her decree thereby restoring her husband Dumuzi with life.

Bloom attacks Inanna as an “usurper, a manifest liar, and unhesitant betrayer and murderer of her husband.” But if she were only this, why then would the Sumerian God of Wisdom save her from death in the underworld? Why would she be honored by her city? Why would the people of Sumer celebrate her in monthly festivals? In the other stories in the book the answers are clearly given. Inanna is the Holy Priestess who brings the attributes of civilization to her city and gives the gifts of life, form, energy, fertility, and love to her people. Inanna was Sumer’s beloved goddess—“awesome, terrible, majestic, and radiant.”

As for Bloom’s scholarship, he speaks of a “recent commentator,” who writes that Inanna flings her sister from the throne. Who is this “recent commentator”? My lines, “Inanna started toward the throne” were given to me by Kramer and confirmed by Professor Civil of the Chicago Institute of Oriental Studies, two of the most respected Sumerologists writing today. Both of these eminent Sumerologists deplore the translations of N.K. Sandars as irresponsible and far from literal. Kramer has said, “N.K. Sandars transforms the Sumerian texts into her own vision.” Indeed, in N.K. Sandars’ writings the reader does not know which part is the Sumerian text and which is N.K. Sandars speaking for she does not use parentheses to indicate a difference. One of the lines Bloom happily extols, “That is how holy Inanna gave up her shepherd into the power of the devils,” does not even appear in the Sumerian text. Bloom may prefer Sandars’ fantasied translations (and they are very poetic) but the Sumerian scholars do not.

Another of Bloom’s gross errors occurs when he writes, “Curious alterations of detail tellingly occur in Wolkstein’s text. Thus the faithful messenger Ninshubur, a male in the versions of Kramer and Sandars, is a female here….” If Bloom had cared to read Kramer’s latest translation of The Descent (American Philosophical Society, 1980, August) he might have read on line 30, “Ninshubur threw herself at her feet by the gate of the ganzir.” In his latest translations Kramer has for years been calling Ninshubur a woman and translating her name as “Queen of the East.” But N.K. Sandars because she used Kramer’s earlier versions without acknowledgment described Ninshubur as a man. In fact, the role of sukkal (faithful messenger) which Ninshubur enacts for Inanna is very complex. A sukkal is a kind of spiritual mirror of his or her master. Bloom might better have looked to Enki, the God of Wisdom’s faithful messenger, who is a male like his master, before making unfounded accusations of my alterations of the Sumerian text.

It seems a shame to me that Bloom who is able to appreciate the intricacies of cabalistic text should be so fixatedon the fearful aspects of the Sumerian Goddess that he is unable to “open his ear” to the complexities of the goddess, Inanna who was honored and revered for thousands of years for her mysterious and profound nature. 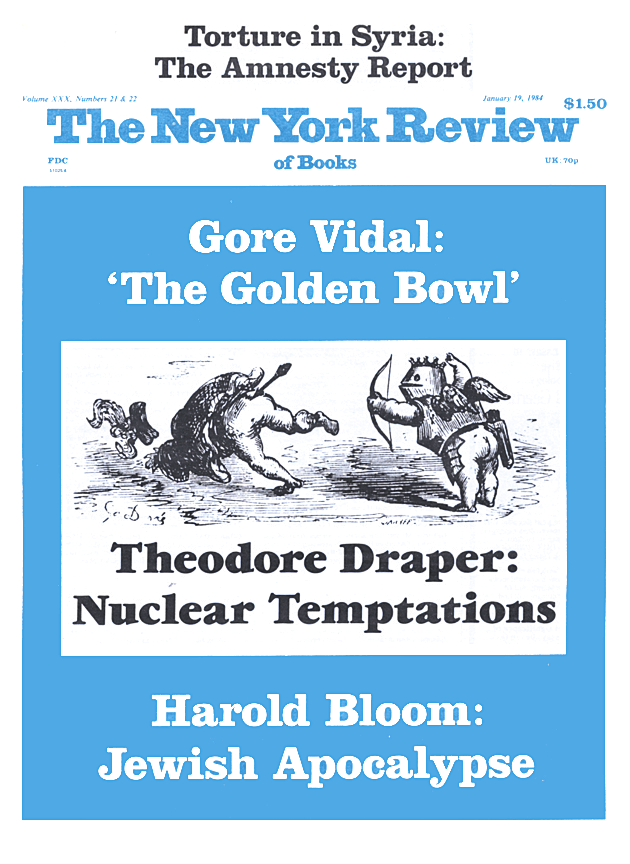 The Faith of Harold Bloom

The Sad Captain of Criticism

Stevens at the Crossing

Summoning Up the Kabbalah