Tall Stories from the December 5, 1985 issue

In one of her most intriguing observations she finds the philosophy of postmodernism embodying “something somewhat nastier—a parvenu old-tie, anti-liberal snobbism of the new, and young, far Right.” (Need it be said that this aperçu did not appear in the excerpt published in The New Criterion?)

This is not the place to discuss the position of The New Criterion on Mrs. Huxtable’s observation; it is very much the place to point out that, contrary to Mr. Filler’s coy insinuation, we did publish Mrs. Huxtable’s words in The New Criterion exactly as they appear in her book, and exactly as they appear above. Had Mr. Filler taken the trouble to check his facts, and had The New York Review taken the trouble to check Mr. Filler, his review would have been more accurate (at least in this matter), though doubtless a bit less snide. 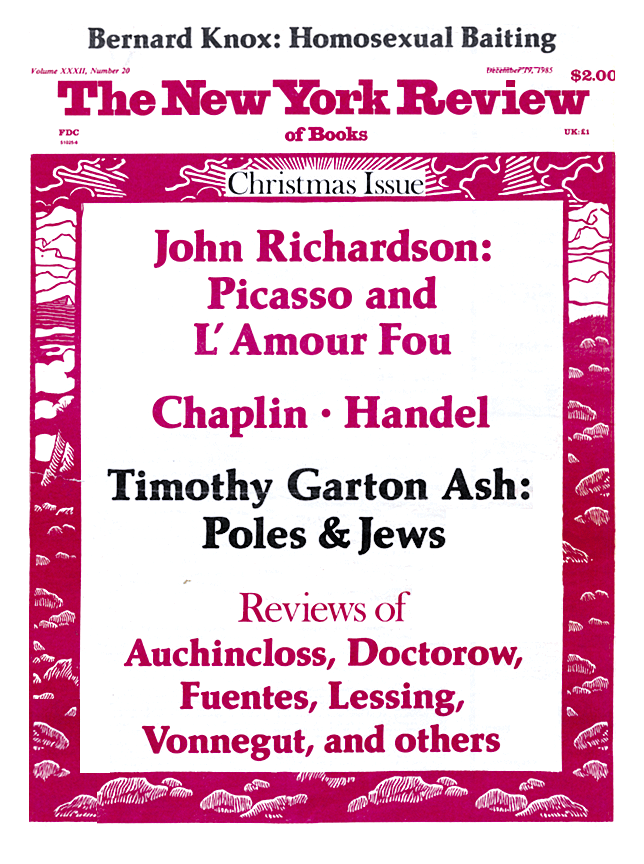