Since March 4, 1986, Bernard Farbar has been in Federal Prison, both for a crime he did commit, and, to a possibly greater extent, because of the government’s belief that he is protecting other people, or more specifically, one other person the government feels was involved in the crime.

Buzz Farbar was sentenced in New York by Chief Justice Constance Baker Motley in December 1984 after a five-week trial in Southern District, on three counts: conspiracy to import, actual importation, and conspiracy to distribute hashish, which came from Lebanon. At that time the government noted his refusal to “cooperate” and he was given an extremely harsh sentence for a first offender: six years.

Now incarcerated as prisoner #03602-016 at the Federal Correctional Institution, Loretto, Pennsylvania, 15940, Buzz has written (to Candida Donadio, literary agent, and to Rust Hills, fiction editor of Esquire) this account of his initial hearing before the parole board on September 23, 1986:

All seemed to be going well. I was properly (and honestly) remorseful, they were attentive, praised my “Institutional Record” and my “excellent adjustment” to prison life (a real Catch-22 there). The chief examiner then asked if I could think of any reason to take me below my guidelines (40-52 months). Joyful, elated, hopeful, my spirit soaring, I spoke with great eloquence, truthfulness, intelligence, and humility about the many reasons I felt my lesson had been well-learned, how punishment was in order, but after too long, it becomes counter-productive, and on for about four minutes until I realized I was losing them and quickly wound down. The next question from the same Mr. Lindsay both chilled me and lit the small bulb in my (still) naive brain: “Can you think of any other reason we should take you below your guidelines?” “No,” I said, realizing their four year quest continued unabated. After a five minute wait outside, I was called back into the room, given 46 months, and told they would “see me again March 20th, 1988 for my interim (second) hearing.” To underscore their desires, my Case Manager called me the next day to be certain I understood what they meant by asking me for reasons to take me below my guidelines. “Not at first,” I said, “but then I knew they wanted me to roll over, give them someone. Rat.”

“What they were referring to is something we call cooperation,” he said.

The very next day I was thrown into pots and pans, a job given as punishment for inmates who have committed some infraction or violation of rules, neither category fitting me. The Warden, and later the AW (associate) saw me in the kitchen, and expressed surprise at the 46 given me. Upon determining that I had only seven months in, the Warden said, “39 months is a lot of time for someone 21 or 31. For someone 51 it is extremely difficult.” I know.

The “cooperation” that the government wants from Farbar has been very clear to him since the day he was arrested, November 19, 1982, when the first request from the DEA (Drug Enforcement Administration) agent, not five minutes after his arrest, was for Farbar to call his old friend, Norman Mailer, on Farbar’s own taped telephone, to set up a lunch date at which he, Farbar, would be wired. Farbar made the call, but told the agents he could not, would not wear a concealed wire to have lunch with a friend. In December 1982, Farbar voluntarily took a lie detector test, administered by DEA agents; except for preliminary questions, all the questions concerned Norman Mailer’s purported participation. From the outset Farbar has denied having any knowledge that Mailer was involved in smuggling hashish from Lebanon. He did, later, have a wired lunch with Mailer, telling the agents he would do so in order to let his friend exonerate himself in his own words. In mid-December 1982, the two men met at a small Italian restaurant in Brooklyn Heights, under surveillance the entire time by DEA agents. The tape, played later at DEA head-quarters on West 57th Street, clearly and completely proved Mailer’s innocence. Buzz Farbar continues to deny that Mailer was involved, saying simply “it is the truth…. Norman was not part of this smuggling operation in any shape, manner or form known to me. And had he been, I would have known.”

Yet Buzz Farbar has suffered and will continue to suffer, not only with remorse about his crime, but because of the government’s continued hope that somehow, through the enormous pressure being brought to bear on him, they will be able to “get” Mailer, and make much capital out of indicting and attempting to convict this innocent (at least in this matter), internationally known literary figure.

And at this point it is clear that Farbar will not involve Mailer no matter what is done to him. Thus, it does seem time for the government to forbear, release him after a year or eighteen months, and let him to community service of some sort (a writer’s workshop in an underprivileged area, for instance). That he has endured unusually harsh punishment is testament to his strength and spirit. But what good can come from further attempting to destroy this man who has so much left to give to others? 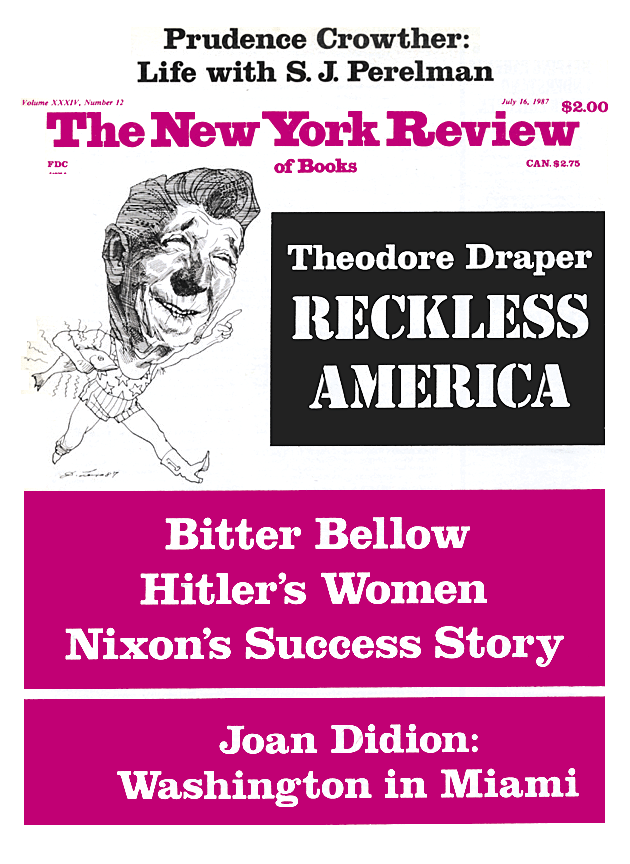 Keeping Up With Norman Mailer

Catching Up on Mailer

The Aesthetics of Norman Mailer