Francis Russell’s review of Doris Kearns Goodwin’s book The Fitzgeralds and the Kennedys [NYR, April 23] does not get to its most important point until the end. Most of the essay tries to establish that the author adds very little to what has already been written though she “expands the background” of “events and episodes by filling in with unknown, often telling, and somewhat poignant details.” He prefers John Davis’s book on the Kennedys, which he quaintly describes as “reliable,” and the Horowitz-Collier effort which he considers to be “solid and encompassing.”

But his basic contention is that Kennedy should not have been president at all. Russell claims that JFK bought the West Virginia primary from Humphrey and stole both Illinois and Texas from Nixon. The former got him the nomination and the latter the election. The argument is not very convincing and depends on flimsy evidence and nimble statistics. Everyone knows that money has always played an inordinate role in West Virginia politics. Yet to believe it was decisive when the margin was over 22 percent strains the credulity of even the sturdiest cynic.

The reviewer notes that Kennedy carried Illinois by 8,858 votes. A later, unofficial, recount of less than 20 percent of Cook County’s (Chicago) precincts revealed that Nixon had picked up 4,539 votes. To Russell this is evidence enough. He doesn’t realize that the Republicans have traditionally stolen more downstate votes than the machine stole in Cook County. Indeed, Senator Paul Douglas, who was on the ticket that year, said he was anxious for the recount if it included the whole state and not just Cook County. When the challenge was finally made, the state election board, which had a four-to-one Republican majority, voted unanimously to certify the Democratic electors. Russell’s case in Texas is even more tenuous. Kennedy won by 46,242 votes. To believe a recount could overcome that margin demonstrates a most touching naivete. Johnson was elected to the Senate by forty-seven votes; 47,000 is no landslide but in Texas history it is comfortable enough.

Russell says that Nixon “could have protested the results but chose not to, saying he did not want another Hayes-Tilden controversy.” In fact, it was prudence not patriotism that led Nixon to accept the decision of the electoral college and the popular vote of the American people.

In those cloudy regions where vote-buying is a political way of life, one can never be wholly certain in any close election what the result of an honest count might have been. My own feeling is that such a count would have elected Nixon in 1960. Professor Wade as a distinguished professor of history obviously feels otherwise. Yet Harry Truman as a distinguished political observer was convinced that the West Virginia primary had been bought. And Humphrey himself during his straitened campaign there told a reporter: “I don’t have any daddy who can pay bills for me. I can’t afford to run around this state with a little black bag and a checkbook. They [the Kennedys] are spending with wild abandon…. Anyone who gets in the way of teacher’s pet—I should change that to Papa’s pet—is to be destroyed. Bobby said if they had to spend half a million here they would do it. He said that to a Senator in Washington.”

The night before the 1960 election Boss Daley telephoned Father Joe in Hyannis to tell him he had nothing to worry about. Illinois was safe. When Lyndon Johnson in 1941 ran for the Senate and was narrowly defeated by the Texas governor Pappy “Pass-the-Biscuits” O’Daniel, he learned a lesson he never forgot. Dan Quill, Johnson’s tough-minded San Antonio lieutenant, concluded then that Pappy “stole more votes than we did, that’s all.” It was something that Johnson, careless this once, would not let happen again. Hence those hundred thousand throw-out Republican ballots.

Professor Wade defends Mrs. Goodwin’s book, and incidentally the Kennedy mystique, indirectly through pejorative phrasing. He sees me as “quaintly” considering Davis reliable; I “consider”—by implication, mistakenly—the Collier-Horowitz “effort” as solid and encompassing. But Davis, as a Bouvier cousin, had intimate contacts with the Kennedy family that Mrs. Goodwin could never achieve. Collier and Horowitz were under no obligations to the Kennedys and could write as they pleased. In my opinion these two books are more informative and more balanced than Mrs. Goodwin’s. Professor Wade thinks otherwise. But anyone interested in the Kennedy saga should read all three. Incidentally Mrs. Goodwin lectured recently at the Kennedy Library and appeared on television with Rose Kennedy. 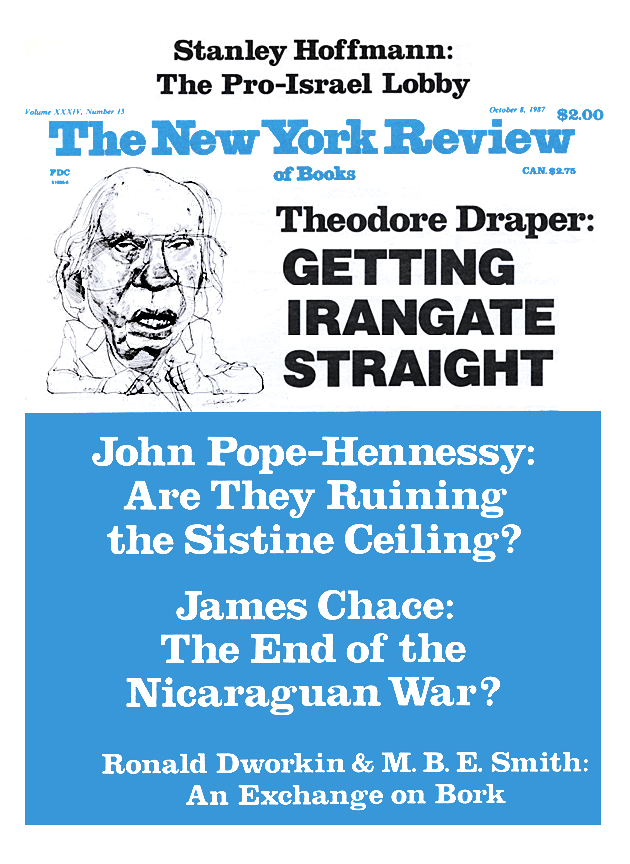