A picture in a school anthology:
an old man, barefoot. As I turned the page,
unkindled still was my imagination.
With Pushkin things are different: there’s the cloak,
the cliff, the foaming surf…. The surname “Pushkin”
grows over, ivylike, with poetry,
and repetitiously the muse cites names
that echo noisily around him: Delvig,
Danzas, d’Anthès—and his whole life has a
romantic ring, from school-day Delia to
the pistol shot, that chill day of the duel.
The radiance of legend has as yet
not touched Tolstoy. His life does not arouse
a feeling of excitement. Names of people
connected with him still do not sound ripe:
with time they’ll gain mysterious distinction;
that time has not yet come; my naming Chertkov
would just mean narrowing the poem’s horizon.
One should say, too, that people’s memory
must lose material contact with the past
in order to make gossip into epic
and to transmute the muteness into music,
while we are still unable to renounce
too-flattering proximity to him
in time. It’s likely our grandchildren will
regard us with unreasonable envy.
Insidious technology sometimes
can bolster memory artificially.
A phonograph recording still preserves
the cadence of his voice: he reads aloud,
monotonously, hastily, opaquely,
and stumbling when he comes to the word “God,”
repeating “God,” and then continuing—
a slightly husky, almost senseless sound,
like someone coughing in the next compartment
when, in the old days, at a nighttime station,
your railroad car would make a sighing stop.
In an archive of ancient films, they say
(which blink, these days, as though with dimming vision)
there is a Yasnaya Polyana sequence:
a nondescript old man of modest stature,
his beard disheveled by the wind, who walks
by with accelerated little steps,
disgruntled by the cameraman. And we’re
content. He’s close and comprehensible.
We’ve visited with him, we’ve sat together.
There’s nothing awesome in this genius speaking
of matrimony or of peasant schools….
And, with a feeling that he is our equal,
with whom it is all right to argue some,
addressing him by name and patronymic,
we smile with deference and discuss together
his views on this or that…. The windbags buzz
around the evening samovar; upon
a spotless tablecloth flit shadows of
religions, of philosophies, of states—
the humble soul’s delight….
Yet there remains
one thing we simply cannot reconstruct,
no matter how we poke, armed with our notepads,
just like reporters at a fire, around
his soul. It’s to a certain secret throbbing—
the essence—that our access is denied.
The mystery is almost superhuman!
I mean the nights on which Tolstoy composed;
I mean the miracle, the hurricane
of images flying across the inky
expanse of sky in that hour of creation,
that hour of incarnation…. For, the people
born on those nights were real…. That’s how the Lord
transmits to his elected his primeval,
his beatific license to create
his worlds, and instantly to breathe into
the new-made flesh a one-and-only spirit.
And here they are, alive; all, in them, lives—
their habits, their locutions, and their mores;
their homeland is that special kind of Russia
we carry in the depths where there exists
a blurry dream of signs ineffable:
a Russia of smells, of nuances, of sounds,
of giant clouds above at haying time,
a Russia of fascinating swamplands, where
wild game abounds…. Those are the things we love.
The people he created, thousands of them,
transpire incredibly through our own life,
lend color to the distance of recall—
as though we actually lived beside them.
On various occasions, midst the crowd,
to note Karenina’s black curls we’ve chanced,
and with little Shcherbatskaya we’ve danced
her vainly saved mazurka at the ball….
I feel that rhymes, like blooms, within me stir;
the wing’s invisible, I heed its call….
I know that death is just a kind of border;
yet I see death as a specific image:
the final page’s text is now in order,
the lamp extinguished o’er the desk. The vision
keeps shimmering, prolonged by its reflection,
then, suddenly, unthinkably, it ends….
And he is gone, meticulous creator
who into lucid voices separated
the din of being, a din he understood….
One day, from a chance railroad station, he
turned off toward the unknown and left for good;
beyond lies night, silence, and mystery….
(1928) 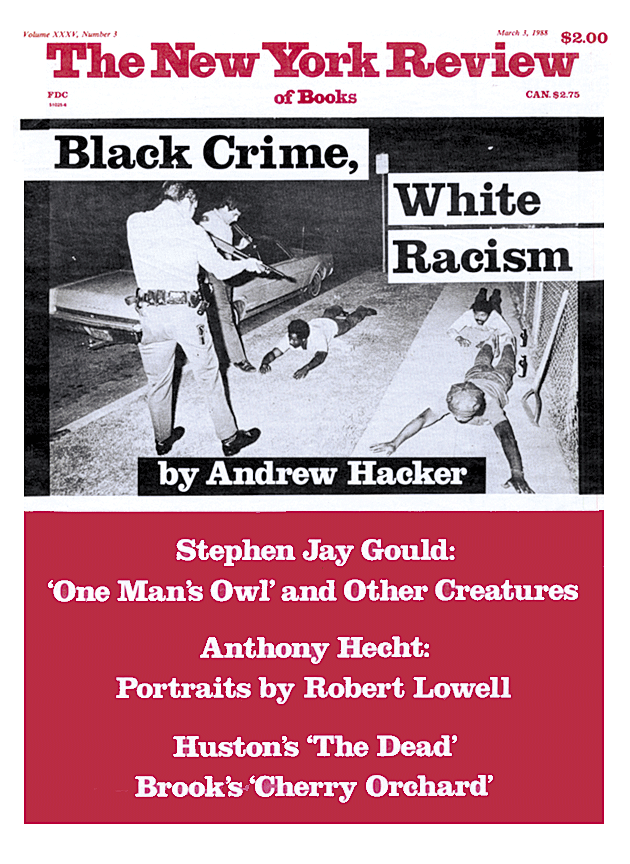 Vladimir Nabokov was the author of Lolita, Pale Fire, Pnin, Ada, and many other novels. He died in 1977.