“Elegant” is a word that keeps coming to me in connection with Jimmy Baldwin. That was how he struck me the first time I met him, back in the late Forties in a midtown west-side restaurant—The Blue Ribbon, I think it was—and it is the word that came to the lips of a black girl student in a class I’m now teaching when I asked her how she would characterize Baldwin—we were talking of black writers. His voice, I suppose, was part of it—soft, light, slightly breathy, hesitant as if from fastidiousness. But my student cannot have known his voice; elegance (described by Webster as “refined grace”) must have been conveyed to her by his writing. Unless as a child she heard him on radio or saw him on television.

The day I met Baldwin in The Blue Ribbon (?), William Phillips, one of the editors of Partisan Review, had asked me to come along to lunch. William must have attached some importance to the occasion, as he had dressed up for it and seemed nervous. Baldwin was at ease, so that I at once felt rather gay with him: He was not the first black writer I ever knew, or the first black intellectual, but he was the first black literary intellectual. As I remember, we talked about Henry James that day but also about figures on the current literary scene: Baldwin had read everything. Nor was his reading colored by his color—this was an unusual trait. He had what is called taste—quick, Olympian recognitions that were free of prejudice.

Trying to think now of what or whom he reminded me, I light on Delmore Schwartz. Yes. That would have been the early Delmore Schwartz, when he, too, had a soft, breathy voice, careful diction, fancifulness, and an immense delight in books—the Delmore who likened himself to a Hershey bar and was writing at about that time of the red shoes of the Duchesse de Guermantes, not the crazed Delmore of the later years.

Anyway, it was a literary sort of lunch. I had never read anything Baldwin had written. Go Tell It on the Mountain was published later, in 1953, when I was no longer in New York. I liked it, both the manner and the matter. After that, I read The Fire Next Time (1963) and was moved, maybe shaken a little by it. And, after that, I’m sorry to say, I read no more of Jimmy. The reason was simple: I was afraid to. From what I heard, I did not think I would like Giovanni’s Room, which was published in 1956, or some of the books that followed and I preferred to keep my sense of Jimmy’s gift pure and intact in my mind. (When we stop reading an author we like, that is usually why, I imagine: we do not want to change the idea we have of him.) Perhaps in this case I was overcautious. I might have liked Giovanni’s Room, contrary to expectations, and despite the slight distaste I have for homosexual novels, not counting Proust.

Yet I did not lose touch with Jimmy as a person. Now and then I saw him in Paris, mostly with common friends. He came to our apartment once or twice. But he was extremely erratic about keeping dates and he was drinking a lot. Finally we met, over several days, at the Book Festival at Nice in the early Seventies. We were both on a jury to give a literary award. There we joined forces in a fight to get the Nice prize for Edmund Wilson. It was not easy. The French on our jury were hardly aware of Wilson; he had been published in France spottily and poorly and he was not the kind of writer the French liked to class as “American”—too civilized.

The French, if I’m not mistaken, wanted to give it to some third-world figure, shadowy in my memory, or perhaps they were divided as to which third-world figure they favored—it was at one of those jury sessions that I heard a fellow Latin-American remark rather spitefully that Cent ans de solitude owed a debt to a story by Balzac…. At the start of the proceedings, the only juror besides myself who was for Wilson was Stephen Spender. But Jimmy was not there; typically, Jimmy was late—he had to come over from St. Jean Cap Ferrat, where he lived. When he finally arrived and took his place among us at the table—Roger Caillois, Spender, Hans Junger, a third-world Nobel Prize winner, Calvino (I think)—he stunned us all by coolly coming out for Wilson. The French were most taken aback. They listened with a kind of startled attention to the arguments Baldwin was advancing in a tone almost of self-evidence, still in that soft voice. The arguments were lucid but not so different from what Stephen and I had been contending to their all-but-deaf ears. What surprised them now was the source. And that was all it took; once Jimmy had spoken, the day was carried. Wilson had won.

Thinking back, I ask myself whether Jimmy’s vote would have carried just as well for any candidate. I doubt it. What he had pulled off was a surprise attack on French and French-conditioned idées reçues. Our jury could not have expected an American black writer to champion an American white writer who was sometimes likened to Sainte-Beuve. And Jimmy, who had his full share of black mischief, must have been fully aware of that. He had counted on precisely the reaction he provoked, doing a good deed (Wilson was old, deserved an award, and needed the money) in a naughty way. In other words, he was very intelligent and possibly a bit willful. And his arriving late was a good stroke, too.

That’s the end of the story. After those days, I did not see him again. In Maine a couple of years later, my husband got a long-distance call from Jimmy to ask if he knew somebody in the embassy in Paris who could stop his furniture from being sold at auction for nonpayment of French taxes. My husband, unfortunately, didn’t; contrary to Jimmy’s hope, he knew nobody at the embassy. Yet somehow or other, I imagine, providence intervened, for we never heard any more about it.

Returning to Wilson, I was happy to be able to write to him that Jimmy had swung the Nice jury to give him the prize. And now I see what an act of generosity it was: he had laid himself on the line for Wilson, in return for bookish pleasure Wilson had given him, perhaps many years before. A debt of gratitude. And I now see a small return I can make, also in literary coin: in Jimmy’s memory, I will at least read Giovanni’s Room.

Postscript: Just now, after this was written, I was able to find my correspondence on the subject with Wilson:

By now you must have got the cable telling you that you’ve won the Golden Eagle of the Ville de Nice and 30,000 new francs (about $5,455). Herewith a clipping on the subject from Le Monde. I hear there was a spread in the Figaro and if I can get hold of it I’ll send it on.

The whole occasion was rather fun. Nice is trying to promote its book fair in competition with Frankfort and you are the second lauréat. Stephen Spender, Jimmy Baldwin, and I are feeling flushed with victory over it, and even the French organizers seem rather pleased. There were many comical aspects to the deliberations of this jury including difficulties with a very deaf Portuguese writer—the pivotal figure in the vote—who thought he was being lobbied for Angus Wilson.

You must get Bourgois or some other French publisher to bring out more of your books in translation. There was a certain amount of justified shock when it was learned how little in fact you were translated into French. A man at Stock thought the French title of To the Finland Station was Une Gare en Finlande. If Bourgois doesn’t have an option on other books of yours I’d suggest Calmann-Lévy, who are quite good at that kind of thing, or perhaps Grasset.

Anyway, enthusiasm and affectionate regards from Jimmy Baldwin, Stephen Spender, and me.

P. S. Jimmy Baldwin told the audience (and the jury) that the only American writers who had influenced him when young were Henry James and you.

The other enclosure is the autographs of the jury, intended for you.

Dear Mary: Thanks for the plug at Nice. The money is very welcome….

I had a bad fall on a trip to New York and injured my back. I am more or less helpless but enjoying my idleness. 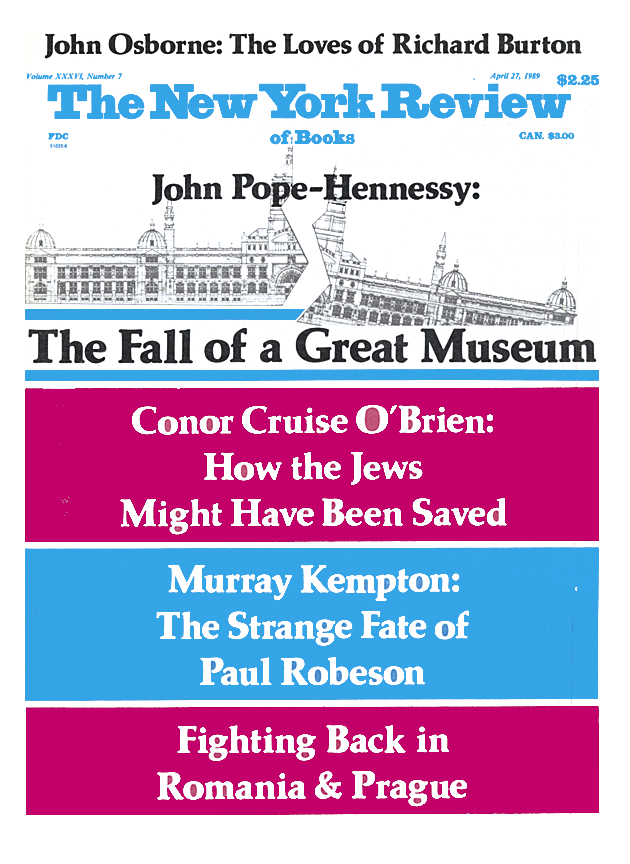