David Dunaway begins with a tabloid tale. Maria, Aldous Huxley’s first wife, was a lesbian who invited “women Aldous might like” to tea, “then booked the restaurant and, in some cases, the motel.” No instances are cited. He tells us, further, that when an attractive female was introduced, Maria regarded her with as much predatory interest as did Aldous; but no evidence of an adulterous liaison by either of them is forthcoming. “Maria had arranged a sexy encounter” for her husband, Dunaway goes on, and, true to the author’s hit-and-run manner, he provides neither any specifics about it nor even any indication that it in fact took place.

Dunaway’s nearest approach to substantiation is the diary confession of Grace Hubble, wife of the astronomer Edwin Hubble (the Hubble space telescope), of an attraction to Huxley that he may or may not have sought to exploit. Interpreting his tête-à-tête remark to her that not enough adultery took place in America as an intimation that they might help to rectify the lack, she was frightened off. Nevertheless, women were attracted to Aldous Huxley because of his fame as an author, his distinguished appearance, his intelligence and gentleness, the witty way in which he imparted bits—often sexually spiced—of his immense knowledge, his inheritance of “the two cultures” via grandfather Thomas Henry Huxley1 and mother’s uncle Matthew Arnold, and, by no means least, because women wanted to take care of the visually handicapped writer. Surrounded by adoring and in some cases surely willing females, he needed no procuress.

Dunaway puts together an imaginary lesbian circle of Tallulah, Greta, Marlene, Anita (Loos), Elsie (De Wolfe, Lady Mendl), Mercedes (De Acosta), Salka (the wife of Berthold Viertel, not, as Dunaway says, of Bertolt Brecht), and Maria. Not all tomboyish females with Sapphic propensities are practicing lovers of their own sex, however, nor as far as I know was Maria Huxley one from the early 1940s to her death in 1955. She may have been three decades earlier at Garsington, Lady Ottoline Morrell’s wartime refuge for pacifist intellectuals, at which time Maria strongly discouraged Huxley’s courtship and long postponed marrying him. But “Lady Utterly Immoral,” as both Maria and Aldous used to refer to her, seems to have had at least as many promiscuous involvements with men as with women.

Turning from female to male homo-sexuality in Hollywood, Dunaway digresses—inappositely in view of Huxley’s well-known intolerance—on the sexual career of Christopher Isherwood, whom he places at MGM in the mid-1930s instead of the mid-1950s, and grotesquely mis-describes as having “the mind of a de Sade in the body of a football player.”

The chapters on Huxley’s English background recount the traumas of his adolescence: brother Trevenen’s suicide, mother’s premature death from cancer, and the keratitis punctata streptococcus that left him totally blind. The trajectory of the smart novels, Crome Yellow (1921) up to Point Counter Point (1928) and down to Eyeless in Gaza (1936), is also traced.2 But the subject of the book’s title begins with the American hegira of 1937, the lecture tour with Gerald Heard proselytizing for pacifism, a cause that tainted Huxley politically for the remainder of his life.

Huxley thought of himself, correctly so far as he goes, as “an essayist, disguised from time to time as a novelist.” But the transparency of the disguises and consequent failure of many of his novels did not affect his high opinion of the form:

Dostoevsky is six times as profound as Kierkegaard, because he writes fiction. In Kierkegaard you have this Abstract Man going on and on—…it’s nothing compared with the really profound Fictional Man, who has always to keep…ideas alive in a concrete form. In fiction you have…the expression of the general in the particular. And this, it seems to me, is the exciting thing—both in life and in art.3

Huxley’s inability to create fictional people of any dimension, even when basing a character on D.H. Lawrence, whom he knew well, and the discursiveness that sinks his final novels—to unreadable depths in Island, his artistic nadir—are in sorry contrast to the critical judgment that he displays in, for example, the letters to Hermann Broch concerning his Death of Virgil:

I hope you will not think me unjust in what I have written regarding the two sections—near the beginning and at the end—where the lyrical-philosophical material is used for many pages without contrasting passages of narrative. My own feeling is that quantity destroys quality and that though intrinsically, the sentences of which these sections are composed are rich with beauty and meaning, the very number of them—because of their intensity and their stylistic strangeness—imposes a strain upon the reader’s mind and makes him, in the long run, incapable of reacting adequately to them. What Edgar Allan Poe said about the permissible length of the lyric is sound pyschology.4

Huxley the prophet, on the other hand, wins high scores for marksmanship. Already in 1946 he had predicted remote-control rockets capable of hitting targets five thousand miles away. His jeremiads on overpopulation and world hunger, on the devastation and squandering of the earth—deserts spreading, forests dwindling—ending in the eco-catastrophe and the uninhabitable planet, seem to be coming true well ahead of his schedule. He was ahead, too, on such subjects as genetic engineering and the increasing use of mind-altering drugs. True, much of this literature is heavily rhetorical, and in the years of Time Must Have a Stop, The Perennial Philosophy, and Ape and Essence, his prose is weighted with horrible locutions such as “Suchness,” “Not-Self,” “Mind-at-Large,” the divine “Ground,” “Ultimate Reality.”

But Dunaway’s writing is worse. No temptation to exaggerate is resisted. In India, in 1925 (the trip Huxley took in 1960 is not mentioned), the not-yet-well-known future author of Point Counter Point was greeted by “hundreds of thousands.” Kenneth Clark “ranked this purblind writer among the great art critics of his time.” “The years went by on the Lawrence ranch near Taos.” (The Lawrences left Taos for Mexico after only a few months and spent little time there later.) And Dunaway wholeheartedly agrees with the fatuous claim that Hollywood during Huxley’s period was “as crowded with artists as Renaissance Florence.”

Many of Dunaway’s descriptions of people are inaccurate. Edwin Hubble was not as tall as Huxley (6’5″), and Peggy Kiskadden, the mother of Harvard University president Derek Bok, was not “tall” at all (5’2″?). Frieda Lawrence was not “sweet,” but tough and loud, with a chain smoker’s rasp, and her boast that she could make “a second Lawrence” out of her barely literate third husband, Angelo Ravagli (the model for Lady Chatterley’s lover), does not merit repetition. Nor is the portrait of Huxley himself always in focus. Southern Californians did not stare at him because they were “amused” by his “high baritone,” but, rather, if they overheard his very soft voice at all, by his English accent. His height attracted attention, too, and the magnifying glass that he used even when not reading. Huxley’s eyesight was so poor, Dunaway says, that he had “to hold a flower close enough to kiss to see its dainty heart.” Its dainty sex organs, surely.

Dunaway confuses Kingsley Amis with Kingsley Martin, Christopher Fry with Christopher Wood, George Heard with Gerald Heard, D.H. Lawrence’s cow Susan with somebody else’s cow Sally. More important, he has overlooked potentially rich sources, among them George Cukor, mentioned only in passing but arguably closer to Huxley than anyone else in the cinema world; Yolanda, the proprietress of a restaurant in Hollywood’s Farmers Market frequented by the Huxleys, and an intimate to whom Aldous confided a letter describing Maria’s death; Lesley Blanch, an astute observer and a friend during a crucial period in the 1950s; and Michael Barrie, Gerald Heard’s companion of many years, whose information would have been more reliable than that of some brief acquaintances ingenously quoted.

About two thirds of the way through, Dunaway notes that Huxley “spoke and wrote French with complete fluency.” But French had always been the Huxley household language; Belgian-born Maria Nys felt more at home in it and in the French-speaking world, and correspondingly less at home in America, than her husband. Dunaway neglects to say that Huxley was scarcely less fluent in Italian, which he spoke not only with both wives, but also in lectures in Italy. He knew Spanish as well, and in his sixties taught himself Portuguese in order to read the Lusiad. In addition to the languages of his classical education, he understood some Pali and Sanskrit.

Dunaway reviews the facts concerning the puzzle of Huxley’s failure, or unwillingness, to acknowledge that between 1952 and 1955 his wife was dying of cancer, but without proposing a convincing explanation. Though aware that the disease had entered the lymph nodes shortly after her mastectomy, Huxley seems not to have realized, in spite of her swollen arm, complaints of back pains, and radiation treatment, that it had metastasized. In January 1955, while she was in a Los Angeles hospital and less than a month before her death, he referred to her “recurrent and very painful lumbago,” in a letter otherwise devoted to a description of his second mescaline session. Writing at the end of the month, he changed the diagnosis to a “vaguely arthritic condition.” This might appear as a simple wish to keep his secret from others, but when her doctors told him the truth, on February 5, a week before she died, he went into shock—to which I can testify, having been with Gerald Heard when Huxley “broke the news” to him.

Huxley in Hollywood presents alarming evidence for the early onset of paranoia in isolationist America. Only weeks after the arrival of this dangerous literary figure in New York, in May 1937, the FBI began to keep a file on him. By 1950 his name turns up in, of all places, an investigation of espionage, and it appears regularly thereafter in connection with questions of national security. A Congressional committee report, May 23, 1951, actually classifies him as “a Communist fellow-traveler.” Two years later, a Federal judge denied him United States citizenship because he insisted that his refusal to bear arms—aged fifty-nine and legally blind—was not based on religious beliefs but on “philosophical conviction”; the judge had instructed him that the law recognizes religion as the only acceptable reason for pacifism. Aldous Huxley died a British subject. Queen Elizabeth II had offered him a knighthood, but he refused it. 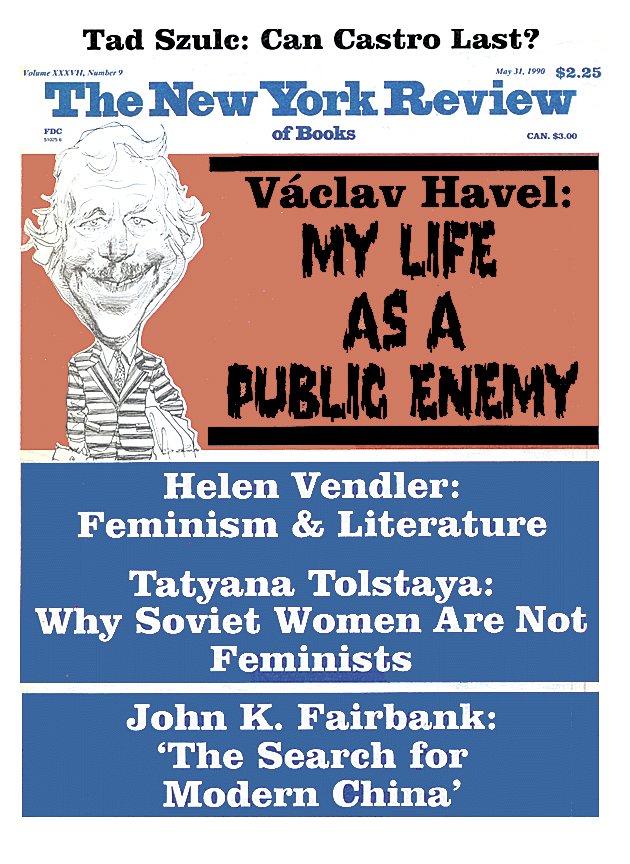 Robert Craft is a conductor and writer. Craft’s close working friendship with Igor Stravinsky is the subject of his memoir, An Improbable Life. In 2002 he was awarded the International Prix du Disque at the Cannes Music Festival.

The Ashes of Hollywood