The world must take action to bring the war in former Yugoslavia to an end. Two and a half million people have been driven from their homes in a program of “ethnic cleansing.” Thousands of civilians have been massacred. This winter, a far greater number may die of starvation and exposure.

We condemn the rulers of Serbia (and of other successor states of former Yugoslavia to the extent that they condone such policies) for the destruction of countless communities, for ordering mass executions, for running detention camps where people are tortured and wantonly killed, for resorting to rape and unspeakable violence in pursuit of territorial gains.

We must not acquiesce in this outbreak of barbarism. Well-articulated principles of human rights have been widely recognized by public opinion in the past two decades. They became an effective instrument of policy in international relations. In signing the Helsinki Accords, governments in Europe agreed to circumscribe their sovereign rights in the name of human rights. For the sake of the future—for the sake of our own safety as well as that of others—we cannot now stand idly by while armed gangs arrogate to themselves the freedom to violate these rights in the name of religious or ethnic exclusivism.

The war in former Yugoslavia must be brought to an end, but in the meantime safe havens must be created for refugees, delivery of humanitarian aid to communities in need must be secured, and borders must be effectively policed to deny paramilitary groups ever more weapons.

We support civic groups that oppose “ethnic cleansing” and work for peace in former Yugoslavia. We support mayors who want to keep different communities in their towns together. We support students who have been occupying Belgrade University in protest against the war and the policies of the Milosevic government. We support groups of women who have organized peace demonstrations against the forcible conscription of their husbands and sons. However, the international community has its own direct responsibility for bringing peace to the region.

We appeal to governments to greatly increase their human and financial commitments in carrying out this task. For the cost of inaction, in human lives as well as in human values, will be incomparably greater than the cost of assistance. If democracies acquiesce in violations of human rights on such a massive scale as this, they will undermine their ability to protect these rights anywhere in the post–cold war world. And then, when, as has happened many times before, an armed hoodlum kicks our own doors ajar, there will be no one to lift a finger in our defense or to raise a voice. 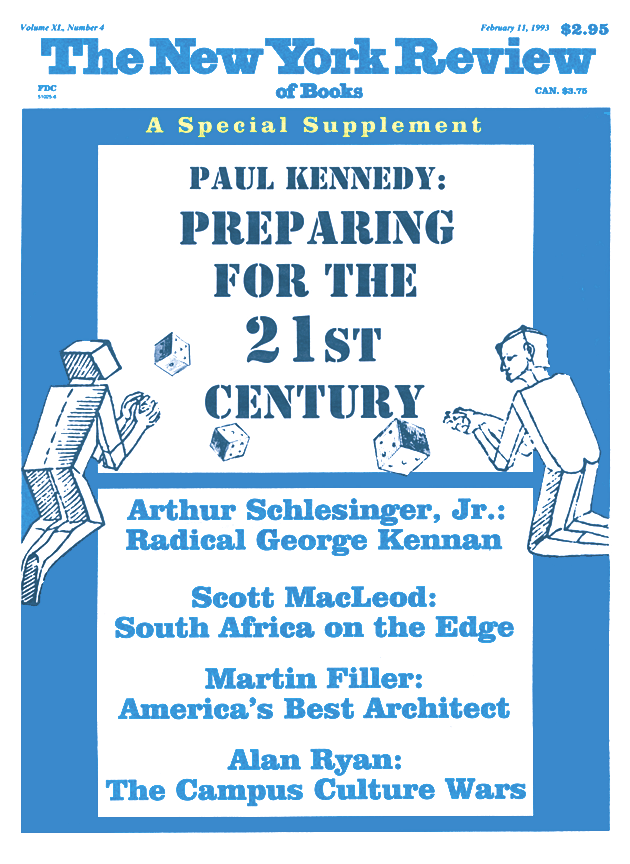 Timothy Garton Ash is Professor of European Studies and Isaiah Berlin Professorial Fellow at St. Antony’s College, Oxford, and a Senior Fellow at the Hoover Institution, Stanford. A new edition of his book The Magic Lantern: The Revolution of ’89 Witnessed in Warsaw, Budapest, Berlin, and Prague will be published this fall.  (October 2019)

Stanisław Barańczak is a poet, translator, and literary critic. He won the 2007 Nike Award for the best work of Polish literature published in the previous year and the 2009 Silesius Poetry Award for lifetime achievement. He is a professor of Polish language and literature at Harvard University.

Péter Esterházy was born in Budapest in 1950. He is one of Hungary's most prominent writers, and his short stories, novels, and essays have been published in more than twenty languages.

Stanley Hoffmann (1928-2015) was the Paul and Catherine Buttenwieser University Professor at Harvard. His most recent books are Chaos and Violence: What Globalization, Failed States, and Terrorism Mean for US Foreign Policy and Rousseau and Freedom, coedited with Christie McDonald.

Irving Howe (1920–1993) was an American literary and social critic. His history of Eastern-European Jews in America, World of Our Fathers, won the 1977 National Book Award in History.

Ira Katznelson is Ruggles Professor of Political Science and ­History at Columbia and President of the Social Science Research Council. His latest book is Fear Itself: The New Deal and the Origins of Our Time. (April 2014)

Paul Kennedy, the J. Richardson Dilworth Professor of History and Director of International Security Studies at Yale, is the author and editor of fifteen books, including The Rise and Fall of the Great Powers. His latest book is The Parliament of Man: The Past, Present, and Future of the United Nations. (November 2006)

Jamaica Kincaid was born in St. John’s, Antigua, and has lived in the United States since she was sixteen. She is the author of several books of fiction and nonfiction, including At the Bottom of the River, A Small Place, Annie John, Mr. Potter, My Brother, Among Flowers: A Walk in the Himalayas, and most recently, the novel See Now Then.

Janos Kis, who teaches philosophy at Central European University in Budapest, was a leading member of the Hungarian democratic opposition to the Communist regime and co-founder and first chairman of Hungary's liberal party. His latest book is Politics as a Moral Problem, which will be published in November. (July 2008)

Adam Michnik is Editor in Chief of the Warsaw daily newspaper Gazeta Wyborcza. His newest book is The Trouble With History: Morality, Revolution, and Counterrevolution.

Arthur Miller (1915–2005) was an American playwright and essayist. His 1949 play, Death of A Salesman, received a Tony Award for Best Author, The New York Drama Circle Critics’ Award, and the Pulitzer Prize for Drama.

Simon Schama's most recent book is A History of Britain, Volume II: The Wars of the British, 1603–1776, the companion volume to his ongoing BBC/History Channel television series. (February 2002)