The British crisis of 1640–1660 has long been a touchstone for the debate on the origins of modern society. The “Whig” and “social history” views of this crisis, despite their differences, agreed that the English Revolution set the stage for modern democracy and industry. It was thus a shock when “revisionists” declared that there was no revolution; the Civil War stemmed chiefly from the incompetent policies of Charles I and factional infighting among elites.

Lawrence Stone [NYR, June 11, 1992] claims that recent work—including Conrad Russell’s book and my own—returns to the Whig and social history views, which he blended in his own 1972 work The Causes of the English Revolution. Such a claim serves Stone well, but at least as regards my Revolution and Rebellion in the Early Modern World is quite false.

I find that Britain’s crisis was neither a “heroic” episode in which elites created a more liberal state, nor a “black farce” in which Charles I incompetently stumbled into a bloody but quite avoidable crisis. It was instead a great tragedy in which powerful social forces led actors to an unwonted catastrophe. Population growth pressing on limited resources produced price inflation that undercut state finances and could not be stopped merely by currency manipulation or economic legislation. Shifts in the age structure led larger numbers of young men to contest for posts in the administration, creating unavoidable conflicts over patronage and position. Massive urban expansion undermined urban administration and weakened the grip of the Established Church. The social turmoil foisted on middle classes and elites by sweeping demographic changes led many to seek answers in a more disciplined “Puritan” faith. In this “tragic” view, the English Revolution did not stem from a heroic struggle for new constitutional rights or capitalist freedoms; nor did it result chiefly from royal error. Instead, the crisis developed because the structures of authority, patronage, social status, and social control could not cope with the demographic and economic pressures that were undermining fiscal, social, and economic order.

Stone claims that these causal factors simply bolster a heroic view, seeing them as so many structural weaknesses in the old regime that set the stage for a richer, stronger gentry to seize power. But Stone’s argument has an oddly absent sense of time. If constitutional struggle was central to the crisis, why did the Civil War lead constitutional liberties to nearly vanish from 1649 to 1688—an entire generation—only to arise in 1688–1689 after a relatively mild incident of royal retreat and succession change?

The “political stress indicator” that Stone woefully misunderstands and then dismisses in fact offers an answer to this question. The stress indicator (PSI) does not merely pile up causes like items on a laundry-list; instead it presents political crises as due to a distinctive conjuncture of varied causes, and traces shifts in that conjuncture over time. By this measure, England’s stress level peaked in the 1630s, remained quite high in the 1640s, fell somewhat in the 1650s, and rose again in the 1660s before falling sharply to minimal levels by the 1680s. Thus Charles I was not merely foolish or incompetent in seeking to avoid Parliament and rule on his own in the 1630s; England was under such a severe combination of pressures that any Parliament was likely to produce sharp conflicts, as became evident in 1637–1640. But this conjuncture did not provide an opportunity for elites to gain liberty. The elite actions propelled by these structural forces led to violence, civil war, and a royalist backlash. When constitutional liberties were enshrined, in 1688–1689, it was precisely during a period when stress was relatively low.

The implications of this analysis are quite radical. Far from heroically taking advantage of structural weaknesses in the regime to win liberty, English elites faced such stress in the years 1630–1660 that they were caught in a maelstrom that overturned their hopes of liberty and brought them civil war and dictatorship. Efforts to end royal domination bore fruit only in the very different circumstances of the late 1680s, when stresses on the monarchy and English society had greatly subsided. If I am right, the “Whig,” “social history” and “revisionist” explanations are wrong. The lessons from England’s history—often drawn from the French and Russian Revolutions, but not “exceptional” England—are that revolutions come from structural crises, not individual will; that such structural crises usually send revolutions out of control, overturning hopes for liberty; and that the achievement of stable liberal regimes is NOT the fruit of violent revolution, but of reforms achieved in times of less extreme structural strain. Such an interpretation, if correct, changes our view of Britain’s seventeenth-century crisis. It also has grave implications for modern politics from Haiti to Russia to South Africa.

I find it odd that Professor Goldstone should have chosen to describe me as an exponent of a “heroic” view of the English Revolution of the mid-seventeenth century. For decades I have been criticized—for example by Professor J.H. Hexter—because of the emphasis I have placed on long-term structural problems in the society and polity, as well as the immediate quarrels over political liberty and religion.
It is also odd that Professor Goldstone should again bring out his “Political Stress Indicator (PSI)” to buttress his case, while still leaving his readers without the faintest idea of how much weight he has given to the various factors, and why, in the compilation of the graph. Until he explains this in detail, it is unlikely that historians will take his work very seriously, despite the fact that, as I said in my review, his general line of argument is not an unreasonable one. What is wholly unacceptable is to use a pseudo-scientific methodology like a political stress indicator to solve a complex political issue. 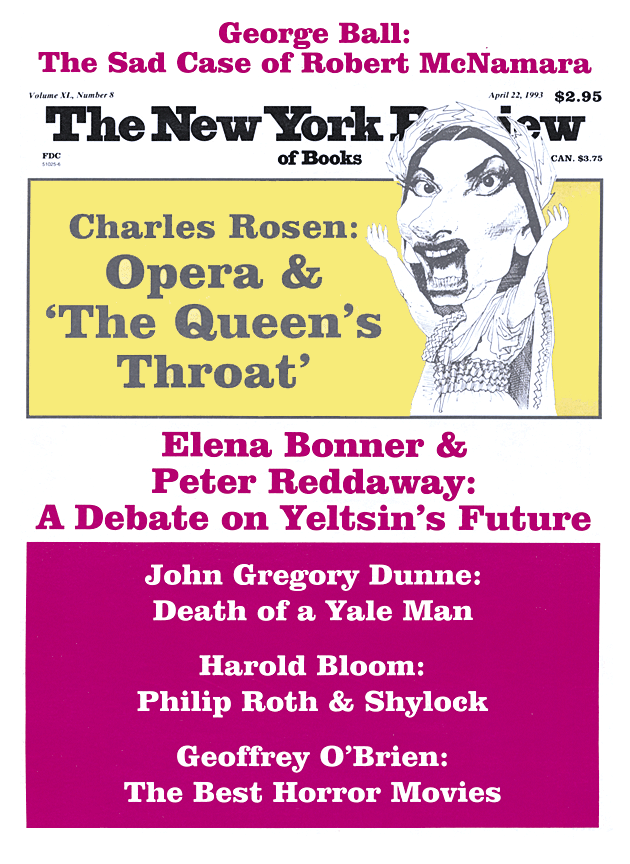 Why Men Do Not Revolt