Laura Riding’s reputation has not “profited” from the feminist search for “foremothers,” as Helen Vendler suggests [“The White Goddess!” NYR, November 18, 1993]. On the contrary, the reputation of this highly original and serious-minded writer continues to suffer from the treatment of a literary press that has adopted a kind of sensationalistic shorthand more suited to the tabloids and conspicuous in the title of Dr. Vendler’s article. I realize that Dr. Vendler probably had nothing to do with the headline of her review of three new books by and a biography of Laura (Riding) Jackson, and the New York Review is certainly not alone in this sort of thing—the Financial Times in London headed its review “Lurid life of a literary witch”—but it illustrates the smirking disrespect with which one of our most intellectually gifted writers has been treated by those who might be expected to behave better. In one of the books under review, Laura (Riding) Jackson takes great pains to dissociate herself from the ridiculous and maliciously belittling identification of herself as the “living incarnation” of Robert Graves’s White Goddess figure. It seems to me that the editor could at least have been civil enough to have followed the epithet with the uncertainty of a question mark rather than the unexpurgated glee of an exclamation point.

In 1936 Laura Riding wrote to a correspondent, “I believe that misconceptions about oneself that one does not correct where possible act as a bad magic….” That “bad magic” has been at work on the reputation of Laura (Riding) Jackson for many, many years. One of the criticisms leveled at her in her later life, and repeated by Dr. Vendler (who predictably finds her, in this, “more than a little monomaniacal”), was that she “spent a great deal of time writing tenacious and extensive letters to anyone who, in her view, had misrepresented some aspect, no matter how minute, of her life or writing.” It is true that despite advanced age and failing health, she continued to the end her vigorous (and one might even say valiant) attempt to halt the spread of misconceptions about herself, but the “bad magic” was too powerful to be overcome. (Incidentally, that was the view of “magic” held by a woman who has been accused of witchcraft.)

Why was she so scrupulous in her attempts to correct misconceptions, “no matter how minute,” of her life and writing? Because she recognized the importance of details to the understanding of human character. “The detail of human nature is never a matter of infinitesimals,” she wrote in an essay published in 1974. “Every last component of the human course of things is a true fraction of the personal world, reflecting a little its general character.”

What the review calls Laura (Riding) Jackson’s “savage desire for truth” was simply a recognition of the desirability of, no, the necessity for truthful speaking, i.e. the generosity of mind toward mind. On this theme, a colleague of mine who was also long a correspondent and friend of Laura Jackson recently observed: “Whatever else truth is, for Laura, it is clearly not a thing subject (absurdly) to chase, ‘pursuit,’ capture. And part of what it clearly is, is something of which we all—people in general—have an instinctive appreciation: truth is a quality. For Laura, certainly, it is a quality to be lived with, for, and by, and to be embodied outspeakingly in language.” And indeed Laura Jackson herself once wrote to a friend (Chelsea 52, 1991), “I am not ‘in pursuit of truth.’ It is not my ‘quarry.’ I am of my human nature a thinker, and conscious of need, responsibility of thinking-speaking with truth. I do not go about hunting ‘truths.’ ”

Although Dr. Vendler cannot much be blamed for repeating misinformation set forth in a “partial” biography, her review contains some misconceptions that appear to be all her own. As a co-editor of three of the books reviewed, and as one who is engaged in writing a more comprehensive biography of Laura (Riding) Jackson, I feel obliged to point out a few of the more striking errors, whatever their source. Nathaniel Reichenthal, Laura Riding’s father, did not “work for sixteen years in the sweatshops of Manhattan’s West Side,” her mother was never “the sole means of support for her family of seven,” and the reticence toward her husband attributed to Riding during her first marriage is nonsense. Furthermore, she could not have written the poem quoted (“When Love Becomes Words’) to Schuyler Jackson “after an initial marital period,” as Dr. Vendler says, as the poem was published in 1938, several months before their first meeting and three years before their marriage. She did not renounce “reproduction”—the hypothetical woman Messiah of her very early poem was “sweet in marriage and motherhood,” and there is ample evidence that twenty years later she and her husband would have welcomed a child. Nor did she renounce “sexuality … and rhythmic language.” The Word ‘Woman’ and Other Related Writings is devoted to the study of sexuality, and The Telling (1972), her “personal evangel,” contains sentences such as this: “If you find something to tell, tell it to your truest, though that make little to tell; the truer you speak, the more you will know to tell.” As a matter of fact, several poets have praised The Telling for its poetry, but the element of the poetic in The Telling is incidental to its primary linguistic characteristic, which is a purity of diction, words “spoken to the page.” Laura (Riding) Jackson did “renounce” poetry; once denounced sexual intercourse, seeing it as a means of subjugating women; and recognized, in poems such as “Mater Invita,” the stifling effect that motherhood could have on a woman’s being. The most troubling thing about these biographical errors is that they mean that some of the intriguing psychological interpretations offered by Dr. Vendler in her review are predicated upon false assumptions.

To characterize Laura Riding’s renunciation of poetry as the result of a “conflict of flesh and mind” is oversimplification. Dr. Vendler’s comparison of Riding with George Herbert may be apt, however, though it does Riding a serious injustice to accuse her of “mocking” Herbert. In citing the solution reached by Marina Tsvetaeva, Dr. Vendler provides an excellent example to support Laura (Riding) Jackson’s assertion, in the Preface to her Selected Poems: In Five Sets (1970) that no poet before her has gone to the very breaking point and stepped beyond, without falling back upon compromising “solutions.” One does not have to have followed Jackson beyond that margin where “poetry ends” and “truth begins” to accept at face value her own explanation of her decision to stop writing poetry. Yet critics’ efforts continue to disparage the rationality of that decision by explaining it away as a manifestation of some psychological peculiarity or personal defect.

It is hardly surprising that Dr. Vendler finds fault with Laura Riding’s poetry. She has elsewhere described herself as an aesthetic critic who considers poetry an art. Laura Riding wrote in 1930: “Art indeed is a term referring to the social source and to the social utility of creative acts. Poetry I consider to be an art only when the poet consciously attempts to capture social prestige: when it is an art of public flattery. In this sense Beaumont and Fletcher were greater artists than Shakespeare…. The end of poetry is not to create a physical condition which shall give pleasure to the mind…. The end of poetry is not an after-effect, not a pleasurable memory of itself, but an immediate, constant and even unpleasant insistence upon itself…. Poetry brings all possible experience to the same degree: a degree in the consciousness beyond which the consciousness itself cannot go.”

During the first half of her life, Laura Riding wrote some of the most strikingly original poetry of the twentieth century. Later, Laura (Riding) Jackson grappled with humanly basic questions of cosmic significance, with a seriousness and dedication unmatched in our time. To obscure her achievements in mists of biographical fantasy and speculation is “bad magic” indeed.

Laura (Riding) Jackson and Helen Vendler never met, but they had a mutual friend in the late Dr. Robert S. Sproat, long-time Professor of English at Boston University. (Dr. Vendler was first a student and then a colleague of Dr. Sproat.) Because of Dr. Sproat’s respect for Dr. Vendler’s critical acuity, Mrs. Jackson was also interested in the writings of Helen Vendler, and once recorded briefly “for their possible general usefulness” her impressions “of the strength and weakness of her processes of critical judgement.” It might interest your readers, and Dr. Vendler, to know her conclusion:

Mrs. Vendler is an outstanding example of the critical intelligence that is too brave with condemnation where the subjects are rather easily knocked down, and too prudent where the subjects are grounded in the soil of indurated critical respectability. In saving her acutest powers of critical intelligence for rickety subjects, she has wasted the privileges of useful employment to which such powers, possessed in healthy degree, are entitled.

I thank Elizabeth Friedman for the correction respecting the date of “When Love Becomes Words.”
Ms. Friedman’s authorized life of Laura (Riding) Jackson, when it appears, will no doubt argue further the questions raised here, and offer evidence, where it exists, on the points on which her biography differs from the biographies I cited.

As for Laura (Riding) Jackson’s views of my work, the “rickety subjects” on which I had published books at the probable time of her note were Yeats (1963) and Stevens (1969). 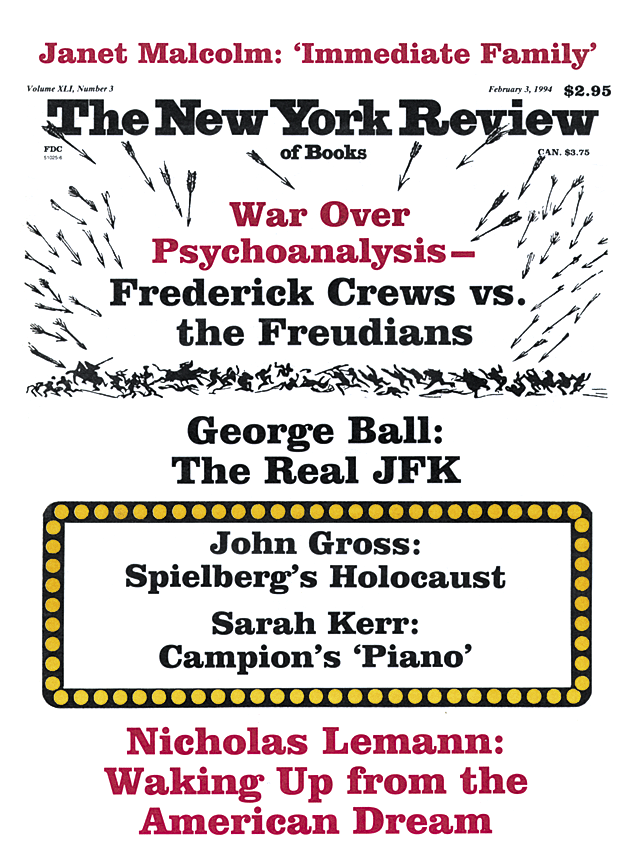