On the Death of Mitterrand from the February 15, 1996 issue

It is with amazement and disappointment that we read in the New York Review of Books [“On the Death of Mitterrand,” February 15, p. 41], from which we have always expected the deepest understanding of things European, the obituary piece on the death of François Mitterrand by William Pfaff, a journalist who has often proved lucid and competent when it comes to writing about France. It seems to us that the death of our former president would deserve better, in such a respected publication and on the part of so well-placed an observer, than a hasty caricature.

The easiest way to be wrong, when writing history, is to aim low, which is what Mr. Pfaff has done. To seek only cynical explanations for the behavior of a figure such as Mitterrand is to condemn oneself to misunderstand him. It is true that Mr. Pfaff is as critical of Franklin Roosevelt—whom we, who were liberated from Nazism thanks to the forces assembled by him, do not think lacked “geopolitical realism.”

Let us look at what William Pfaff wrote about Mitterrand’s youth, confusing conservatism with fascism, and interpreting his move from Vichy to the Resistance as an act of mere realism. Such an argument can be made, and others have done so before.

But what is not correct is to represent Mitterrand as a champion of “colonial repression,” and to draw an opposition between him on this point and the “colonial liberator” De Gaulle. Mr. Pfaff is familiar enough with recent French history to know that in the 1950s the minister Mitterrand paved the way for African emancipation in opposition to De Gaulle’s RPF, and that if his conduct with respect to Algeria deserved the criticism from which we did not spare him at the time, this colonial “antithesis” of De Gaulle versus Mitterrand ignores the (major) evolution of events.

Some more specific remarks on the accomplishments of this president who, according to Mr. Pfaff, was as lacking as Franklin D. Roosevelt in “geopolitical realism and insight”:

Must we take him to task for having brought France and the United States closer together “for practical reasons”? Why else should he have done it? For love? For literary glory?

On what does Pfaff base his assertion that Mitterrand misunderstood the changes in Indochina (?), Algeria (?), and Russia, when he (along with Mrs. Thatcher) was the first to support Gorbachev? With respect to Germany, is it to show “geopolitical realism” to criticize him for having obtained, from his friend Kohl, a guarantee of the German-Polish borders, one of the keys to world peace?

With respect to the former Yugoslavia, can we not recognize that the peace plan—which the fortunate American intervention has made it possible to implement today—was the result of the collective labors of Messrs. Vance, Owen, Carrington, and Mitterrand’s French team of Badinter, Dumas, and Juppé?

But the most amazing of William Pfaff’s allegations is this: “He could not see beyond France.” Are we naive, are we pig-headedly Francocentric ourselves? Would we be provincial to mention the partners, beginning with the Germans themselves, who all hailed him as a great European, the ultimate European?

Such was the man who could not see “beyond France,” and whose only “end,” according to Mr. Pfaff, was to be his country’s president.

We are aware of François Mitterrand’s weaknesses and faults, and we have raised them before him and against him. But we cannot let go without comment the publication, in a review that we hold in such esteem, of so “sinister” a farewell to a man who was a citizen of the world.

For a foreigner to write of François Mitterrand in terms of colonial oppression, and of Charles de Gaulle in terms of colonial liberation, is perhaps shocking to the conventions of that generation in France which struggled with the issues of decolonization; and yet what else is one to say?

Mitterrand in the 1950s was critical of aspects of French policy in Indochina but served as minister in the governments which fought the war there, and he was the Interior Minister who launched suppression of the FLN in Algeria in 1954, saying “the only negotiation is war.”

No doubt he had private reservations—as he said of his earlier service to the Vichy regime. He nonetheless served colonial repression in the 1950s, whatever he may have been “preparing.” And it was his enemy De Gaulle, whatever De Gaulle may previously have wanted or thought possible, who freed French Africa and Algeria—the latter at the cost of civil insurrection instigated by some of his own past supporters, with serious risk to his own life.

It seems to me odd that MM. Daniel and Lacouture should want to defend Mitterrand on the grounds of decolonization and geopolitics, where I would think him most vulnerable. It is one thing to bend to the major forces of one’s times, and another to anticipate and shape them, as De Gaulle did. Franklin Roosevelt understood that Hitler should be opposed in 1939 and 1940, and France and Britain supported, but that required no great geopolitical insight. It was Hitler who eventually declared war on the United States. FDR then proved a splendid leader of the American war effort, but he consistently resisted Churchill’s attempts to impose a geopolitical strategy on Allied military operations, and his unfortunate belief that he could “handle” Stalin with charm and reason is well known.

Mitterrand recognized the significance of Mikhail Gorbachev’s reforms in the USSR, but failed to see that, by the time Boris Yeltsin was elected, President Gorbachev was a failing force. When the August 1991 Moscow putsch occurred—which Yeltsin was to defeat—Mitterrand made an unscheduled appearance on French television to express his comprehension of the putsch and recommend that the Soviet army support the putschists.

It is true that Mitterrand established close relations with Helmut Kohl over Western European matters; but he opposed German unification even after it became inevitable, and his recognition that if the Germanies were to reunite, the Polish German border had to be guaranteed, was shared by virtually everyone else concerned. He was subsequently at a loss as to what French policy should become with respect to German influence in Central and Eastern Europe, and seems to have toyed with the quite unrealistic notion of a Franco-Russian axis. His sympathy for Serbia, as a historical ally of France, was an obstacle to any coherent European policy to halt the Yugoslav war at its start.

I do not really think the Dayton agreements on Bosnia appropriated the achievements of the Mitterrand (or European) governments. There were successive plans for partitioning Yugoslavia, most of them hopelessly complex, and Europe, alas, proved incapable of imposing any of them. There was no willingness to use military force. President Mitterrand consistently opposed force, to the frustration and anger of some of his own generals.

The United States intervened in Bosnia with great reluctance, and on the testimony of Richard Holbrooke himself (speaking at Davos at the beginning of February), it did so largely because of the pressure placed on Bill Clinton by Jacques Chirac. Chirac said either the US joined France in changing the game in Bosnia or France would pull out.

President Mitterrand was a cultivated and gifted man, a great European, if you will, but not, I would think, “the ultimate European.” Nor do I see him as a “citizen of the world,” whatever that may be.

He was profoundly French, with the literary and philosophical formation displaced in postwar France by school selection emphasizing mathematics and by the technocratic rule of Enarchy. He was at home in Italy; able to charm the British (but never quite trusted by them); respected by the Americans who dealt with him (but across a deep chasm of mutual incomprehension). He possessed the supreme confidence in his own civilization’s relevance to the destiny of other societies that Franklin Roosevelt felt for American civilization. (It was in both cases a factor in their misjudgment of other countries; consider Roosevelt’s total inability to understand the significance of De Gaulle for France.)

There was an absorption in self, in Mitterrand, as evidenced by the elaborate stage directions he left behind for his own funeral. His “grands travaux,” splendid as some of them are, were surely monuments to himself. The Grande Arche at La Défense, rushed to completion in time for the bicentenary of the Revolution, frames, and diminishes, Napoleon’s Arc de Triomphe.

His greatest political achievement, the creation of a modern left, capable of governing France, was a necessity to his own conquest of the presidency. But after he was reelected to a second term he contemptuously abandoned the Socialists to their quarrels. The money scandals of his party and his government, his own deceptions and betrayals, and his creation of an unlawful secret political police unit working from the Elysée Palace itself robbed the left of a moral authority it has yet to recover.

François Mitterrand was a supremely interesting man, a far more complex and imposing personality than any of his foreign contemporaries. He gave France a modern politics by interring the class struggle and the century-old schools quarrel, by reconciling the left to the international market-place, and by his calm assumption of the institutions of the Fifth Republic, thereby validating the Gaullist constitutional legacy. He left France the better for all of this. R.I.P. 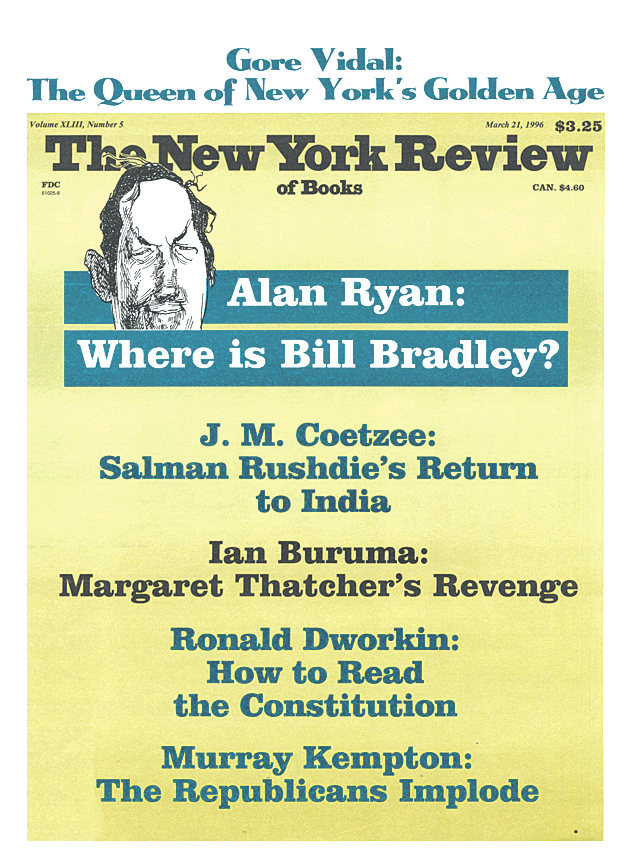 On the Death of Mitterrand

Jean Follain, translated from the French by W.S. Merwin

Death of the Ferret