In my article about Seamus Heaney [NYR, July 11] I failed to prevent William Craig being glossed as “the head of the Black and Tans.” I was referring to William Craig, Home Affairs Minister in the Northern Ireland government of Terence O’Neill until his sacking in December 1968. “Craig’s Dragoons” in Heaney’s song are the Royal Ulster Constabulary. Also, several readers have pointed out that Robert Frost’s poem “The Gift Outright,” cited in the June 20 issue, was first read at William and Mary College in December 1941 and was requested (not commissioned) by JFK for his 1963 inauguration. 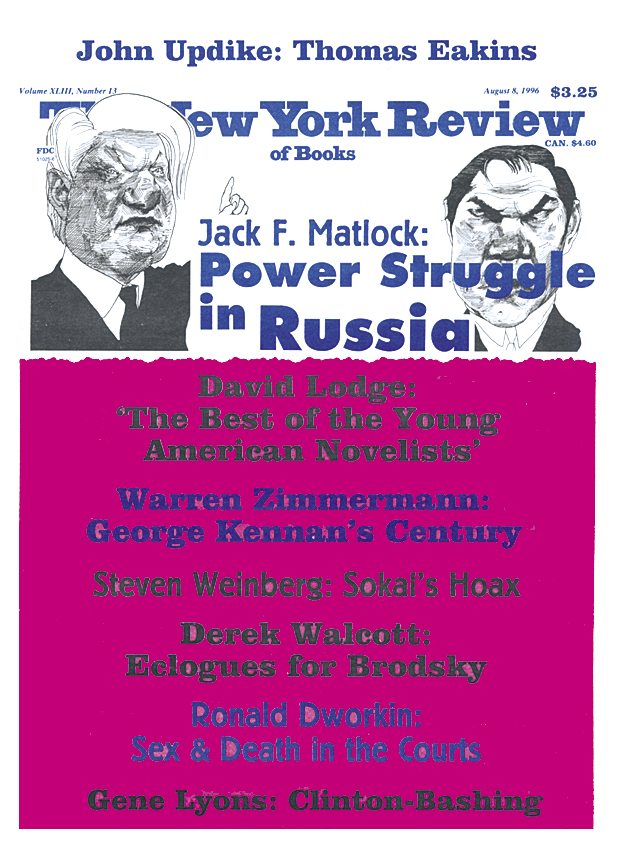 In Search of Black History

The Best of Everything

The pioneers of African-American cinema