In ‘The AIDS Heresy: An Exchange’ [NYR, August 8] Horton’s defense of the HIV hypothesis follows a familiar pattern: Confront an HIV-AIDS conformist with any of “several long-standing paradoxes of the AIDS epidemic”1 and the debate quickly shifts from science to four kinds of unscientific, anthropological reactions2 -5@c:

(1)Censorship of non-conformists. “We [The Lancet?] have given him this opportunity on many occasions…we published his letter….” But while The Lancet, nature, and Science have published thousands of full articles for the orthodoxy, the non-conformist Duesberg remains restricted to letters—“for failing to acknowledge the strength of the data I have cited here and earlier, he deserves censure.”

(2)Long-standing paradoxes are resolved by a never-ending string of “recent” studies. Indeed in the August 8 issue of The New York Review, Horton makes, once more, his case for HIV this time on the basis of three very “recent articles.” These recent, but unconfirmed, articles were published only after Horton’s defense of the HIV hypothesis had appeared in the May issue. However, this technique tacitly admits that prior to the “recent articles” AIDS medicine was practiced since 1984 and AZT prescriptions were written since 1987 in the name of an unproved hypothesis. And as long as the HIV-AIDS orthodoxy receives annually over $8 billion from the US taxpayer alone, it will never be short of recent, unconfirmed studies.

(3)The argument of fear. Warns Horton about questioning HIV in May “here Duesberg’s arguments take him into dangerous territory.” In August he cites the “respected” Barry Bloom that even reviewing a book that questions HIV is “encouraging human beings to ignore a life threatening risk.” However, fear is only a legitimate, scientific argument when two proven risks are compared, e.g. nuclear versus hydroelectric power, but has no place in a scientific debate about two competing hypotheses.

(4)Ad hominem attacks, the ultimate non-scientific defense. Ad hominem attacks are the equivalent of literary violence in any non-scientific debate. Horton shares responsibility for using this technique with the “respected” Barry Bloom, “If Duesberg seriously believes that HIV is harmless, let him inject himself with a suspension of the virus.” But calling into question the seriousness of my beliefs and willingness to do an experiment is not a scientific argument.

Sadly the AIDS establishment must continue to rely on (i) censorship, (ii) the never ending string of “recent” studies generated by the lavish AIDS funds, (iii) the argument of fear, and (iv) ad hominem attacks, as long as it insists to explain “long-lasting paradoxes of the AIDS epidemic” with the HIV hypothesis.

Since there are no paradoxes in science, only bad hypotheses, alternative hypotheses must be considered. And this is exactly what my books have done.

Department of Molecular and Cell Biology

The following letter was to have been published along with the letter from Peter Duesberg that appeared in the August 8 issue.

Prior to March 24, 1882, the cause of tuberculosis was totally unknown even though hundreds, perhaps thousands, of articles and books were written through the centuries about its possible causes.

On October 28, 1994, Jay A. Levy and his colleagues described in the magazine Science6 how they inoculated into six baboons a bit of a culture of the human immunodeficiency virus-Type 2 (i.e., HIV-2) obtained from an AIDS patient. The baboons became infected with the virus and four of the baboons developed lymphadenopathy and three of the animals exhibited CD4 T-cell loss within nineteen to twenty-four months after inoculation. These two phenomena, of course, are typical signs not just of a viral infection but of human AIDS. At necropsy, HIV-2 was detected in various tissues and was found able to infect additional baboons. These scientists essentially did what Koch did to demonstrate that the HIV is the cause of AIDS.

It would have been instructive, I believe, if Richard Horton, in his rather pleonastic review [NYR, May 23] of Peter Duesberg’s even more pleonastic books concerning AIDS, had described this article of Levy. Had he done so, most lay readers would have recognized the infectious cause of AIDS and would have understood why the “AIDS Community” can afford not to fund Duesberg’s research.

I am a cardiologist so I don’t believe I’m a member of what Horton refers to as the “AIDS Community” but I do read Science regularly.

Duesberg accuses me of censorship. In the November 18, 1995, issue of The Lancet he wrote: “I have argued for several years that AIDS in America and Europe is caused by the long-term consumption of recreational drugs, zidovudine, and the immunosuppressive foreign proteins that contaminate commercial factor VIII.” Duesberg then proceeds to criticize in robust terms my challenge to him to concede defeat in his dispute over the cause of AIDS. Hardly, I think, evidence of editorial censorship.

My extensive citation of published research in both the May 23 review and the August 8 reply simply shows the force of accumulated data indicating the causal link between HIV and immunosuppression. I also cited very recent research to challenge Dr. Friedman’s claim that HIV alone is sufficient to cause AIDS. By contrast with his comment on the other two studies I discussed, Duesberg fails to criticize me for introducing this important caveat about causation, presumably because such even-handedness would not suit his point of view.

Duesberg’s abdication of responsibility for the consequences of his argument is baffling. I cannot believe that a scientist of his reputation is seriously asking us to abandon a carefully considered public health strategy—safer sex—when he has not yet conducted a single experiment to test his alternative hypothesis.

Finally, we come to the charge of “literary violence.” Duesberg dismisses Bloom’s suggestion, which I repeated, of self-experimentation with HIV. But readers of The New York Review should know that Duesberg has now radically altered his view about this issue. In a fax he sent me on July 17, he wrote:

I am ready to accept your challenge, as I did before on several occasions—most recently for Le Monde [copy enclosed and dated March 19, 1996]. I assume that you agree that this self-experiment would be a contract like all other government/Foundation-sponsored research grants in the west and that you would use the powers of your office to secure a grant for my work.

Yet after agreeing to this experiment in March and reiterating his agreement in July, Duesberg reversed his position only 14 days later in his letter to The New York Review dated July 31. His change of heart is surprising. The practice of self-experimentation has an established place in medical research and to mention it is not to make an ad hominem attack. The best contemporary example relevant to the issue at hand is provided by the Australian researcher Barry Marshall. During the early 1980s it became apparent that a bacterium, later named Helicobacter pylori, was associated with inflammation of the stomach. The question posed was this: is H pylori a cause of gastritis or is its presence merely a reflection of another as yet ill-defined process? The analogy with HIV is precise. In April 1985, Marshall described how he ingested a preparation of the bacterium obtained from another individual: he “swallowed the growth from a flourishing three-day culture of the isolate.”7 One week later Marshall developed symptoms of nausea, vomiting, and headache. Samples of his stomach wall were taken which showed areas of inflammation. By self-experimentation Marshall provided the most convincing evidence then available that H pylori could cause gastritis. His contribution to our understanding of peptic ulcer disease is now regarded as seminal.

Nevertheless, whether Duesberg does or does not inject himself with HIV is, in truth, immaterial to my central challenge to his argument. For the fact remains that despite his bluster about censorship, unconfirmed studies, fear, and ad hominem attacks, he has failed either to provide any new scientific data refuting the causal role of HIV or to mount a rigorous rebuttal of the existing research evidence, only a small fraction of which I have quoted. His silence on these matters is revealing. 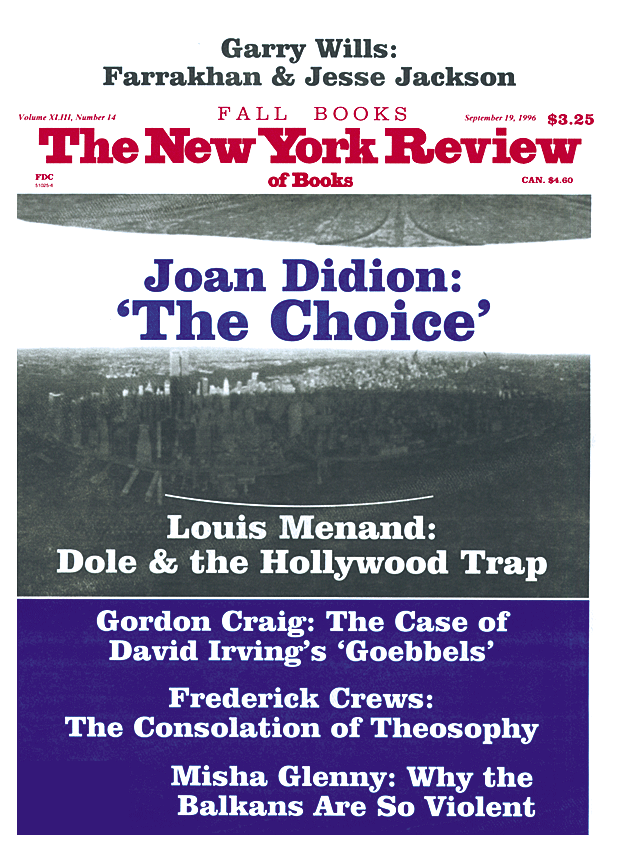 How, and How Not, to Stop AIDS in Africa

What Causes Alzheimer’s?: An Exchange

The Reality of AIDS

‘The AIDS Heresy’: An Exchange

Truth and Heresy About AIDS

‘The Shame of Medical Research’: An Exchange